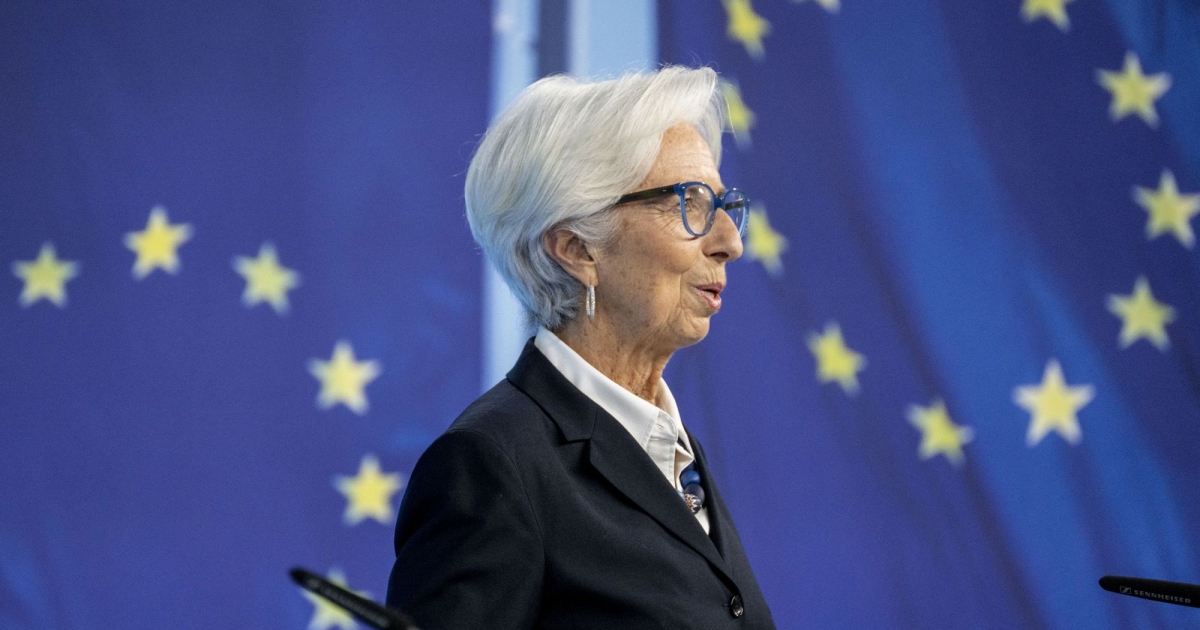 Lagarde no longer ruling out an interest-rate hike this year

European Central Bank President Christine Lagarde is no longer ruling out an interest-rate hike this year, a pivot toward the tightening stance of global peers that officials privately see materializing with a shift in policy guidance as soon as next month.

She spoke after policy makers agreed that it’s sensible no longer to exclude a rate move in 2022, and that bond buying could end in the third quarter, according to officials familiar with their thinking who asked not to be identified because such discussions are confidential. An ECB spokesman declined to comment.

Those views were reflected in Lagarde’s public remarks, though she also insisted the Governing Council won’t rush to conclusions on its formal stance, telling reporters at a virtual press conference to wait for upcoming meetings for a fuller judgment. That will now include a reassessment of its asset purchases next month.

“Concern was across the board,” she said, explaining officials’ reaction to another record reading for euro-zone inflation released the previous day. “Our March meeting, and then later on, our June meeting will be critically important to determine whether the three criterias of our forward guidance are fully satisfied.”

The comments point to sands shifting under the ECB’s monetary stance at a time of accelerating global tightening. Until now, Frankfurt policy makers had protested at investor bets on the prospect higher borrowing costs this year.

Earlier on Thursday, the Bank of England raised rates by a quarter point, in a decision where only the opposition of Governor Andrew Bailey prevented an even bigger move. The U.S. Federal Reserve is also poised to remove stimulus. 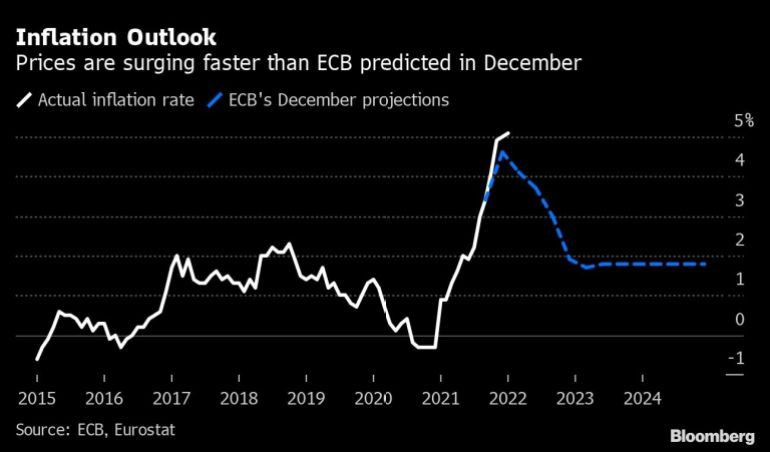 “Compared with our expectations in December, risks to the inflation outlook are tilted to the upside, particularly in the near term,” Lagarde said. “There was also a concern and a determination around the table not to rush into decision unless we had a proper and thorough assessment based on data and the analytical work that will take place in the next few weeks.”

The euro extended gains to more than 1%, set for the biggest advance in more than a year. Investors briefly priced in a 10-basis-point hike as soon as June, and up to 40 basis points of tightening by year-end.

The news briefing turned out “more hawkish than expected, with Lagarde opening up the possibility of material changes in ECB policy following the forecast round in March,” Evercore ISI strategist Krishna Guha said in a report.

Consumer prices in the euro area jumped an annual 5.1% in January, surpassing economist estimates by the most in at least two decades and remaining more than double the ECB’s 2% target.

Lagarde said there were signs that supply bottlenecks that have held back manufacturing firms and pushed up costs are easing, though they will persist for some time.

While the president acknowledged that measures of underlying inflation had risen, their persistence is uncertain, she said. Wage growth — deemed a key factor for faster price increases in the medium term — remains “muted overall,” she said.