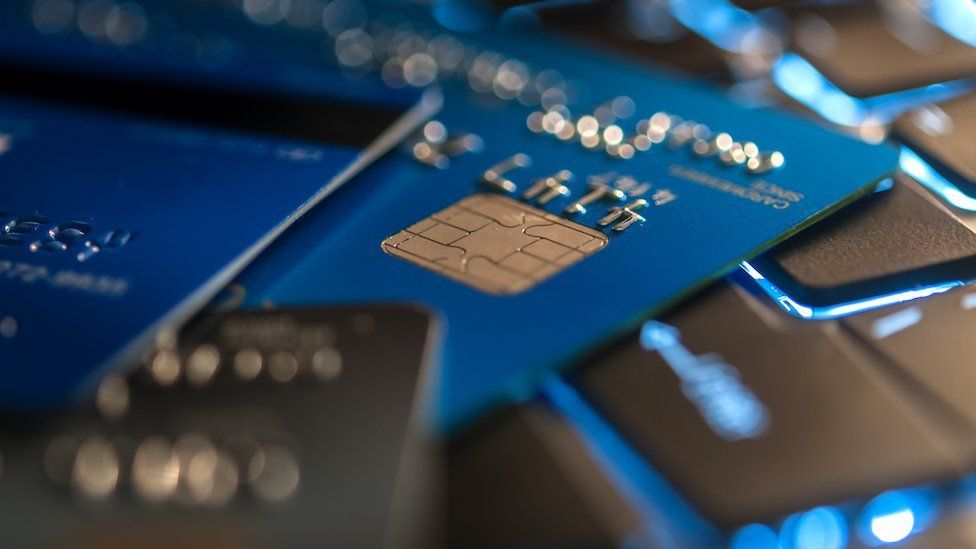 The administrators of the largest illegal marketplace on the darknet for stolen credit cards are retiring after making an estimated $358m (£260m).

The anonymous owners of UniCC thanked the criminal fraternity for their business, citing age and health for the closure.

Many other illegal darknet marketplaces have also shut down voluntarily over the winter for unknown reasons.

Police say the trend leaves them with mixed feelings.

The darknet is a part of the internet only accessible through special browsing software.

'We are not young'

Cryptocurrency experts at analysts Elliptic traced hundreds of millions of dollars in crypto-payments made to UniCC.

UniCC posted on darknet forums in both Russian and English saying "our team retires". The anonymous criminals added: "We are not young and our health do not allow to work like this any longer".

UniCC has been active since 2013 with tens of thousands of new stolen credit cards listed for sale on the market each day.

Hundreds of millions of payment card details have been stolen from online retailers, banks and payment companies before being sold on online marketplaces such as UniCC.

These stolen cards have value because they can be used to purchase high-value items or gift cards, which can then be resold for cash.

Elliptic researchers say the website has received cryptocurrency payments since it opened totalling $358m across Bitcoin, Litecoin, Ether and Dash.

The closure of UniCC comes just under a year after the retirement of the previous market leader, Joker's Stash.

It's also the latest in a growing list of criminal marketplaces to have voluntarily retired in the last six months.

In October 2021, White House Market - the largest darknet market of its kind - announced that it would shut down. This was followed by Cannazon in November and Torrez over Christmas.

When Torrez closed in December it was one of the largest English-language marketplaces in the world selling drugs, hacking tools, counterfeit cash and criminal services.

A letter posted on its homepage said it had been "a great pleasure to work with most vendors and users".

Historically when darknet sites close down, the operators disappear with customers' or vendors' money - this is known as an exit scam. They may also be hacked, or busted by police and taken offline. 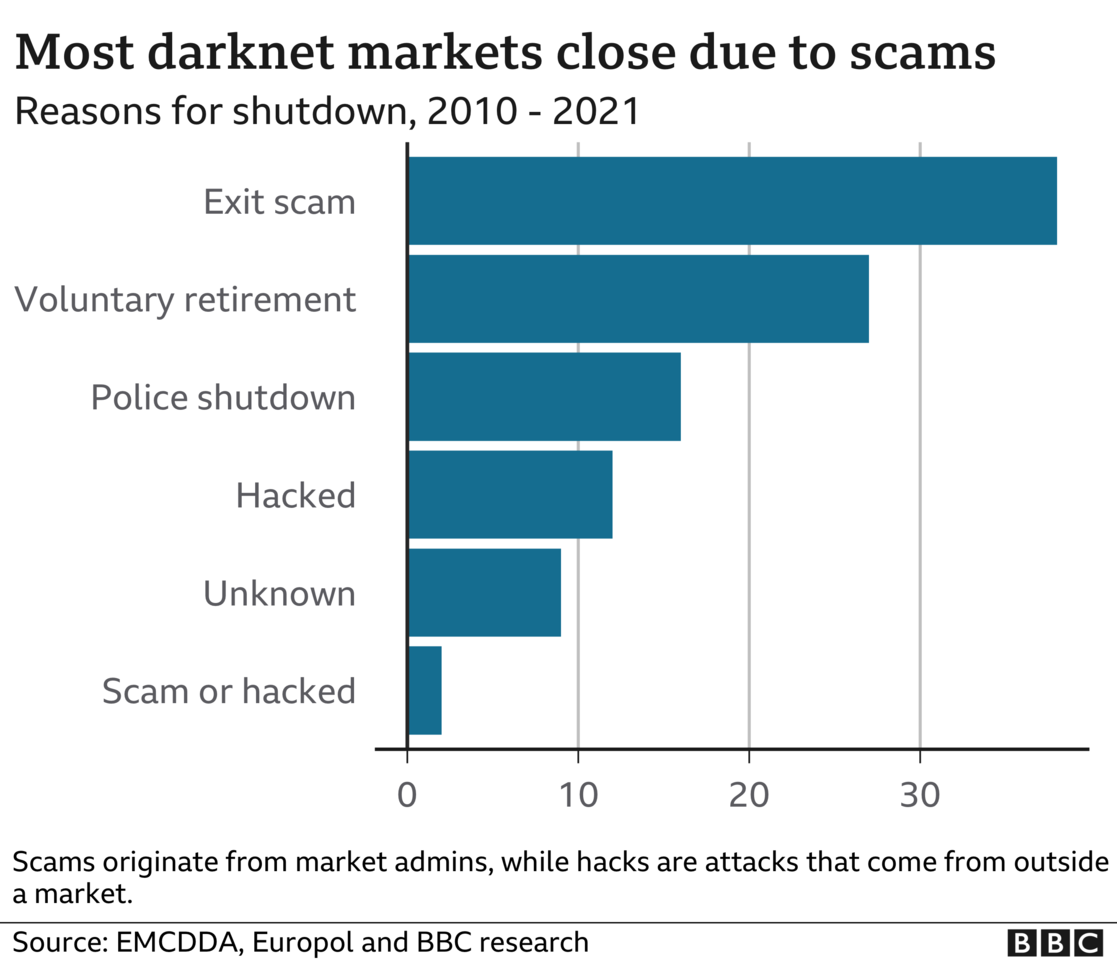 This new trend for marketplaces winding down in an orderly fashion is known as "sunsetting" or "voluntary retirement".

"Right now it seems to be happening more. Markets gracefully exit and say, 'We've made enough money, and before we get caught, we're just going to retire and go into the sunset," says Prof David Décary-Hétu, a criminologist at the University of Montreal.

He says that administrators running large marketplaces like Torrez can make upwards of $100,000 a day in commission fees.

For police, who would prefer criminals to face justice, this kind of exit causes mixed feelings.

"I always celebrate anybody who perhaps realises that they're in an occupation, which is criminalised and decided not to enhance that further," says Alex Hudson, the National Crime Agency's head of darknet intelligence.

"If there is a regret, it's that we do need to hold them accountable for it and they need to understand that they will still be held accountable."

The closures are unlikely to spell the end of darknet markets as new ones will no doubt emerge.

Watch: The BBC's Joe Tidy investigates the darknet drug dealers who keep coming back
Watch: What is the dark web?
Add Comment