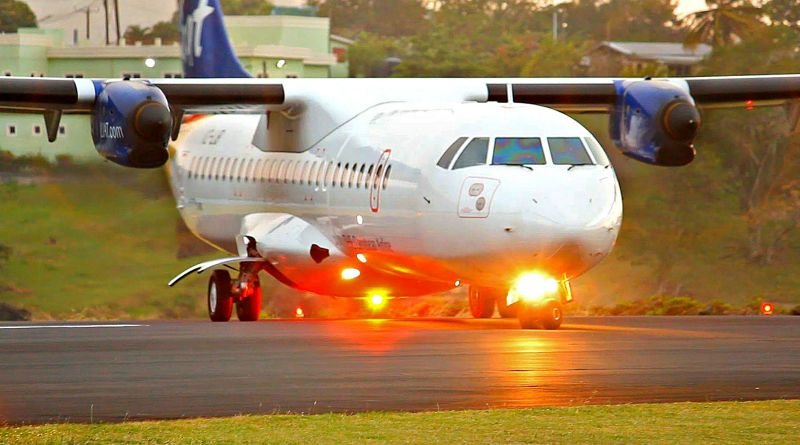 The cash-strapped regional airline, LIAT, which is undergoing a restructuring programme, is likely to return to the skies in November, a senior government minister in Antigua has said.

But Information Minister Melford Nicholas told reporters that he would not want to give a specific date as to when the airline, in which the Barbados and St Vincent and the Grenadines governments have agreed to sell their shares, will resume its operations. Apart from Antigua and Barbuda, the other major shareholder government of the Antigua-based airline is Dominica.

“It’s likely to happen in the new month, I would not want to hazard a date. There are still operational issues that I imagine they are going to be working on, but from the report that was shared with us by the Prime Minister [Gaston A. Browne] the conditions are going to be in place for LIAT to take to the skies in the new month.

“When that happens there ought to be some clearance as well for persons to be able to move …with not as much friction,” he said in reference to the measures put in place by countries to curb the spread of the coronavirus (COVID-19).

“So I think it argues well for LIAT that the travel bubble will be in place and that people will be able to move with a degree of freedom within the region,” Nicholas said.

Earlier this year, Antigua and Barbuda unveiled a new plan for the airline with St John’s proposing re-investment of EC$108 million ($39.9 million USD) and indicating that under the new plan it is prepared to underwrite up to 50 per cent of the required capitalisation.

The airline had suspended its commercial traffic in March after many Caribbean islands shut down their airports as part of the measures to curb the spread of the coronavirus.

In July, the Antigua High Court appointed an administrator as the sole representative of what remains as the LIAT estate..

The administrator, Cleveland Seaforth, is tasked with the responsibility of reorganising the company – LIAT (1974) Ltd., by cutting liabilities and realigning expenses. The airline owes creditors in excess of EC$100 million.

Since the airline stopped its daily schedule, several smaller airlines have sought to occupy the space left by the regional airline (CMC).