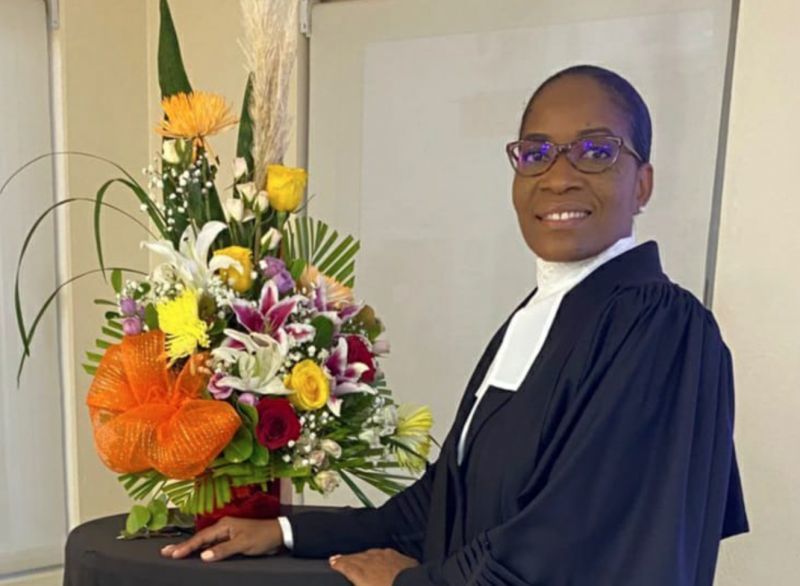 Virgin Islander Mrs Allison Hermia Tench- Donovan, at attorney at O'Neal Webster, was called to practice as a Barrister of the Eastern Caribbean Supreme Court (ECSC) in the Virgin Islands on March 1, 2022, becoming one of the newest members of the local bar and the first female Barrister focusing on Maritime Law.

In recognition, Premier and Minister of Finance, Hon Andrew A. Fahie (R1) on Saturday, March 5, 2022, saluted Tench-Donovan for her new achievement and revealed that she has always had a passion for maritime, which he said resulted in her pursuit to make a valuable contribution to the local industry.

Relatives related to Virgin Islands News Online (VINO) that entry to the bar was put forward before the Honourable Madam Justice Vickie Ann Ellis by Attorney at Law Mrs Asha Johnson Willins with the support of Senior Partner Vanessa King. 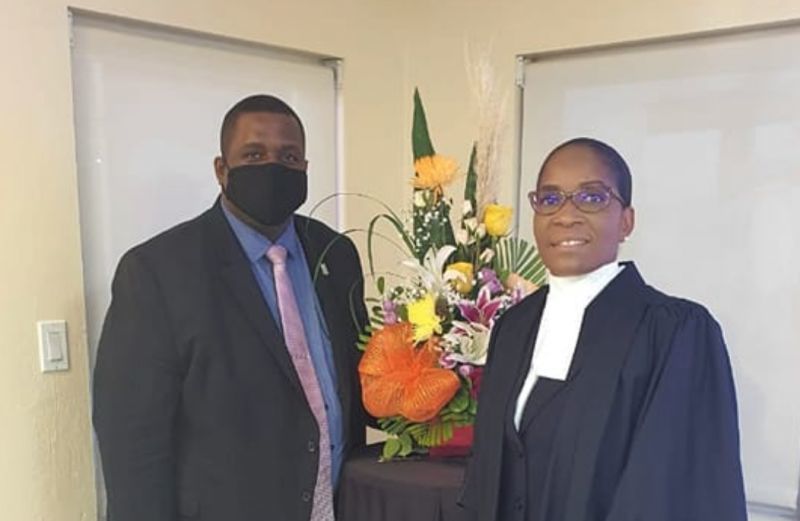 Premier and Minister of Finance, Hon Andrew A. Fahie (R1) on Saturday, March 5, 2022, saluted Ms A. Hermia Tench-Donovan for her new achievement and revealed that she has always had a passion for maritime.

Mrs Tench-Donovan created her path by being the first female Barrister to concentrate in Maritime Law, residing in the Virgin Islands to accomplish this goal. She is also the first Virgin Islander to attend IMLI.

IMO (International Maritime Organisation) focuses solely on Maritime International affairs and Mrs Tench-Donovan also attained a Bachelor's Degree in Law (Hons) from the University of Hull, East Riding of Yorkshire, England, in 2017 and a Diploma in Law from Holborn College in London in 2009.

She completed her professional Bar Vocational Studies with The City of Law in London in 2021.

Tench-Donovan said the course to study Maritime Law was enriching not just from gaining knowledge, but the relationships that was built with colleagues that share common goals and values.

“Learning to accept people of various cultures taught me to always be open to people before judging them and to always remain humble and grateful.”

On being called to the bar she said, “Being called… was momentous, a journey that required so much conviction from me. The feeling of satisfaction was so overwhelming; I wouldn’t have achieved this goal without a strong support team.”

Mrs Tench-Donovan added that her immediate family stood by her side and encouraged her through every step to make the journey one that was more than just studying and becoming a qualified barrister.”

The Virgin Islander said he remains thankful to God for her journey because it would not have been possible without Him and further stated that she is grateful for an incredible supporting cast made up of her husband, mother, stepfather, sister, extended family, close friends, and the First District Representative.

“Their support individually, collectively, and constant encouragement helped me,” she added.

The new Barrister added that with God's help, she intends to remain humble to serve in the Virgin Islands and beyond with honour and dignity to help where she can help to build a civil society where the rule of law is paramount to the beautiful Virgin Islands.