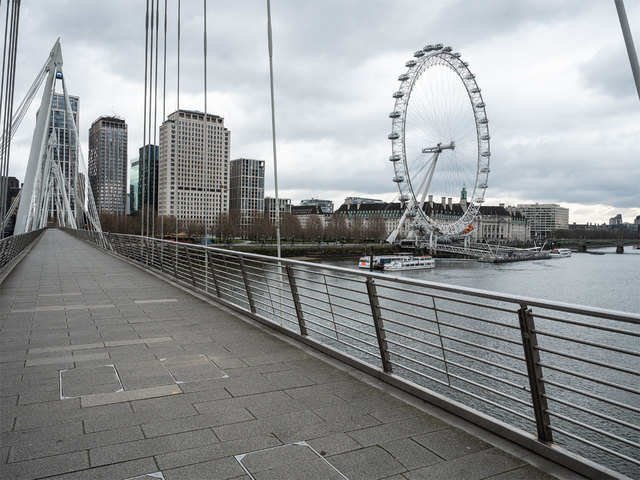 China’s restrictions have brought the first wave to an end but the danger of a second is very real.
Countries wanting to end the lockdown and allow people to move about and work again will have to monitor closely for new infections and adjust the controls they have in place until there is a vaccine against Covid-19, according to a new study based on the Chinese experience.

China’s aggressive controls over daily life have brought the first wave of Covid-19 to an end, say researchers based in Hong Kong. But the danger of a second wave is very real.

“While these control measures appear to have reduced the number of infections to very low levels, without herd immunity against Covid-19, cases could easily resurge as businesses, factory operations, and schools gradually resume and increase social mixing, particularly given the increasing risk of imported cases from overseas as Covid-19 continues to spread globally,” says Prof Joseph T Wu from the University of Hong Kong, who co-led the research.

China has pushed the reproductive number – the number of people on average that one person with Covid-19 will infect – from two or three to below one, where the epidemic is effectively shrinking.

But, the researchers warn, if normal life is allowed to resume too quickly and the lifting of controls is too extensive, the reproductive number will rise again. Governments will need to keep a close watch on what is happening, they say.

“Although control policies such as physical distancing and behavioural change are likely to be maintained for some time, proactively striking a balance between resuming economic activities and keeping the reproductive number below one is likely to be the best strategy until effective vaccines become widely available,” said Wu.

The paper published in the Lancet medical journal is based on modeling of the epidemic in China. It shows that the death rate in mainland China was far lower, at less than 1%, than in Hubei province where the epidemic began, which had a death rate of nearly 6%. It also varied according to the economic prosperity of each province, which was related to the healthcare available.

“Even in the most prosperous and well-resourced megacities like Beijing and Shanghai, healthcare resources are finite, and services will struggle with a sudden increase in demand”, says senior author Prof Gabriel M Leung from the University of Hong Kong. “Our findings highlight the importance of ensuring that local healthcare systems have adequate staffing and resources to minimise Covid-related deaths.”

Their analysis uses local Health Commission data of confirmed Covid-19 cases between mid-January and 29 February in four cities – Beijing, Shanghai, Shenzhen, Wenzhou and the ten provinces outside Hubei with the highest numbers of cases. It leads them to urge that controls should be relaxed only gradually.
#COVID-19  #vaccine  #Covid
Add Comment