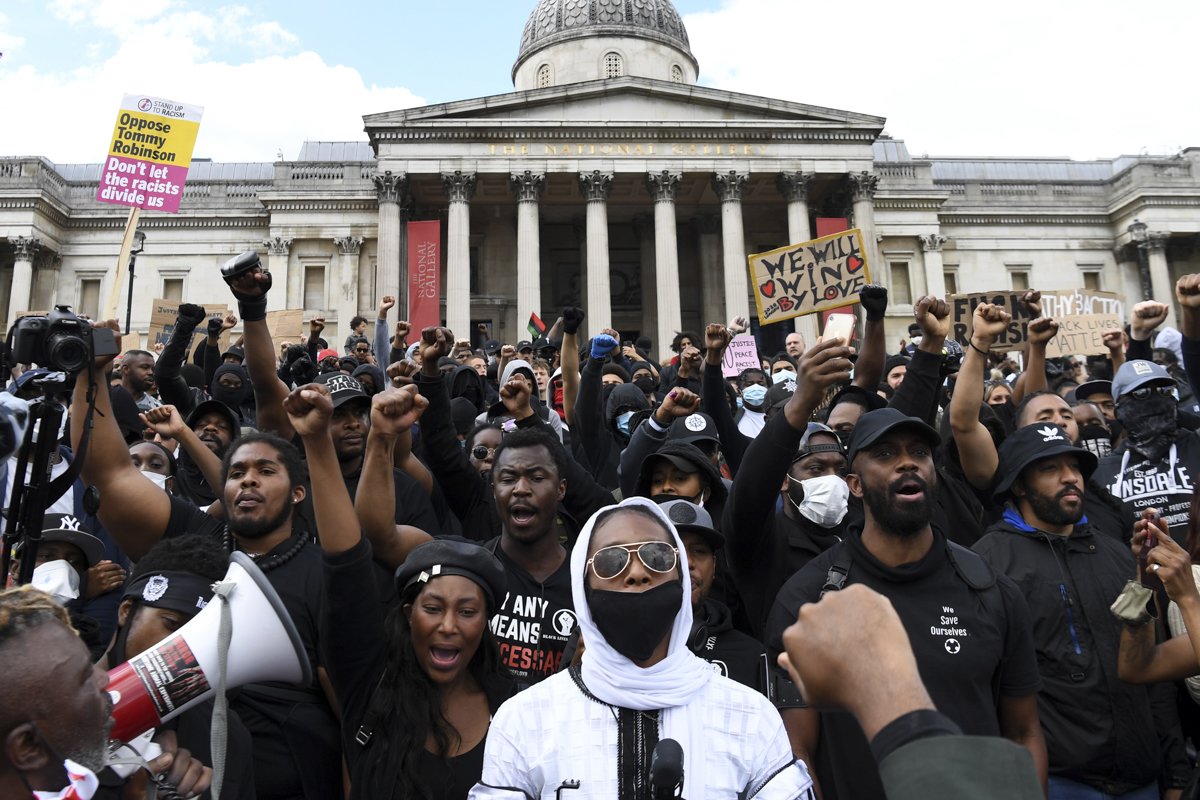 A new program has been launched in the British capital to tackle novel coronavirus racism toward older Chinese people who are in "self-enforced segregation".
Islington Chinese Association says its members are increasingly reluctant to go out because of negative comments directed toward them prompted by ignorance around COVID-19.

The charity hopes to bridge the gap between Chinese communities and the wider community, reduce isolation, and improve members' wellbeing with the program, which is funded by a 250,000-pound ($328,000) grant from City Bridge Trust, the City of London Corporation's charitable wing.

The project, which is called Thriving Beats Surviving, will enable befriending initiatives, drop-in sessions, and culture and leisure activities and also give a voice to older Chinese residents-who often have limited English. It will also help them access mainstream services.

Dhruv Patel, chairman of the City of London Corporation's City Bridge Trust Committee, said: "London boasts a long and well-established Chinese population, but often language and cultural barriers can be an obstacle to integration-both with other Chinese communities and the wider community.

"This scheme will help to bridge the gap, reduce isolation, and help older Chinese people to be more independent and resilient, which is needed more than ever at a time when they have had to face ignorance and racism prompted by ill-informed views on the pandemic."

The funding over five years will pay for a wellbeing and information officer who will recruit and coordinate volunteers and offer a culturally sensitive information and advocacy services alongside social and cultural activities.

The charity, which was founded in 1986, expects to help 12,000 older Chinese people, predominantly from Islington but also from neighboring London boroughs such as Camden, Hackney, Haringey, and Westminster. Many face issues including anxiety, loneliness, and bereavement.

Katy Tse Blair, co-founder of Islington Chinese Association, said: "We often see Cantonese-speaking Hong Kong Chinese and Mandarin-speaking mainland Chinese impose a kind of self-imposed segregation. They're not always prepared to integrate and it's not just the language barrier but the difference between their lifestyles, habits, and aspirations.

"This grant will enable us to provide more educational, cultural, and social activities-which are a great way to bring people together-to give our members a voice, help them to thrive and build their confidence, which has suffered due to sometimes unintended racism and negative stereotypes about coronavirus."

Kin Fun-lee, a member of the association, said: "Islington Chinese Association is like a second home to me. I enjoy my healthy lunch there three days a week, participate in social and physical activities and Cantonese Opera singing. I take delight in meeting people from different backgrounds and walks of life."

Thomas Wu, who was named Commended Older Volunteer of the Year by Voluntary Action Islington in 2019, said: "Being a volunteer at the Islington Chinese Association enables me to give something back to the community and make a positive difference to the people I help to serve."
#COVID-19  #Covid  #Coronavirus
Add Comment