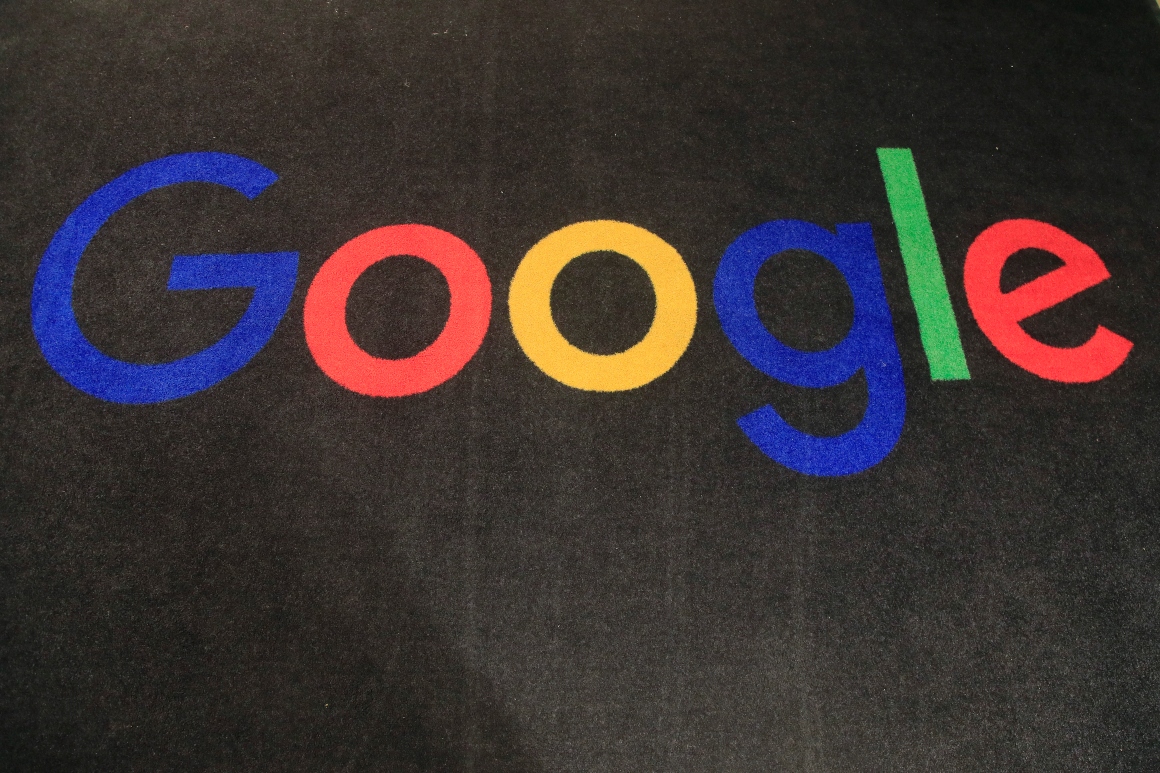 It's the second multistate antitrust suit in two days against the search giant, and the latest blow against big tech companies from prosecutors.

More than 30 states filed an antitrust suit against Google on Thursday that demands a breakup of the search giant, accusing it of abusing its control over online search to squeeze out competitors and make inroads into new markets such as home speakers.

The suit — the third major antitrust complaint against Google since late October, and the second in two days — adds to the mounting effort by multiple governments to rein in the world’s biggest tech companies.

The lawsuit was filed in Washington, D.C., in the same federal court where the Justice Department filed its own antitrust case in October. The twin suits pose a major threat to Google’s core business.

Thursday’s complaint — filed by 35 states plus Puerto Rico, Guam and Washington, D.C. — alleges Google has maintained its monopoly in the search market by abusing its power in other markets such as smart speakers, voice assistants, connected cars and digital advertising.

“When smartphones took off, Google made sure they controlled search," Tennessee Attorney General Herbert Slatery III said on a call with reporters Thursday. "They are doing the same thing on voice and connected cars. It’s a similar playbook.”

Nebraska Attorney General Doug Peterson said Google had engaged in "paranoid protectionism" by altering its search results to disfavor specialized search results, including websites like Yelp, Angie's List or Tripadvisor that offer reviews or information on specific topics. He also criticized Google's earlier statement, in response to the Justice Department's October lawsuit, that said people use its search engine because they like it.

“It’s not people use Google. It’s Google that uses people,” said Peterson, who like Slatery is a Republican. "Google chooses to extract volumes of personal data in the search market."

Thursday's complaint asks the court to require Google to sell off assets "as appropriate" to restore competition in three overlapping markets: online search and two areas of online search advertising.

Colorado Attorney General Phil Weiser, a Democrat, said it was "premature" to discuss specific breakups of Google's business but "the broad idea is to restore competition to the marketplace."

Key context: The states’ suit comes amid an intensifying push in Washington against the biggest tech companies. In the past week, state or federal antitrust prosecutors have sued 2Facebook2 for engaging in a “buy or bury” strategy toward promising rivals, and filed an antitrust complaint against Google on Wednesday over its control over the advertising technology market.

Amazon and Apple remain under federal antitrust scrutiny, and Democrats in Congress have said they plan to push forward with an antitrust overhaul next year to ensure regulators are equipped to deal with technology markets.

Google's response: In a statement Thursday, Adam Cohen, Google's director of economic policy, said the company's search engine is designed to provide users with the most relevant results. And the remedy that the plaintiffs are seeking would ruin that, the company contends.

"This lawsuit seeks to redesign Search in ways that would deprive Americans of helpful information and hurt businesses’ ability to connect directly with customers," Cohen said.

Bigger and broader: The states’ suit is more wide-ranging than DOJ’s, which more narrowly focused on how Google has used contracts with smartphone makers and browsers like Apple’s Safari and Mozilla’s Firefox to maintain its dominance in online search. That lawsuit saw support from 11 states, all headed by conservative Republicans who support the Trump administration.

California later asked to join that suit, but U.S. District Judge Amit Mehta has yet to approve that request. Michigan and Wisconsin, both helmed by Democrats, also asked the court Thursday to join the DOJ's suit.

The newest states’ suit is also more bipartisan. Seventeen Democrats and 14 Republican attorneys general have signed on to the suit, which is headed by a group of eight states, split evenly between Democratic and Republican-led states.

In a statement, U.S. Deputy Attorney General Jeffrey Rosen — the current No. 2 official at the Justice Department — heralded the three additions and the new suit.

These developments underscore "the broad and bipartisan consensus that Google’s practices in search and search advertising need antitrust redress," said Rosen, who will become acting attorney general next week once William Barr departs. "These antitrust actions aim to open the door to the next wave of innovation in digital markets.”

A punishing week: Thursday’s suit comes on the heels of a Texas-led suit Wednesday accusing Google of abusing its power in the advertising technology market, which controls how website display ads appear and are bought and sold online. Eight other Republican-led states signed on to that suit, which alleged the company manipulated its advertising technology products to extract maximum profits for itself and unfairly exclude competitors.

Idaho and Utah are the only states that joined both the Texas complaint on Wednesday and Thursday's broader search suit against Google.

Allies in Congress: A report by the House Judiciary antitrust panel in October found Google is “ubiquitous across the digital economy,” with nine services that have more than 1 billion users worldwide.The report focused on how Google has used its leading browser Chrome, mobile operating system Android and Google Maps to reinforce its monopoly in online search.

Iowa Attorney General Tom Miller said the multistate group had been watching both previous antitrust cases against Google in Europe and the developments in Congress as they prepared the suit, and urged policymakers to consider whether changes are needed in the law.

“People in government and Congress should be thinking about whether there should be some regulation beyond antitrust. Antitrust may not be the vehicle to remedy this situation," said Miller, a Democrat. "The question of an effective remedy here is quite elusive.”

More to come: Google is expected to get even more antitrust scrutiny in the coming months. DOJ is also investigating Google over complaints about its powers in the advertising technology market.