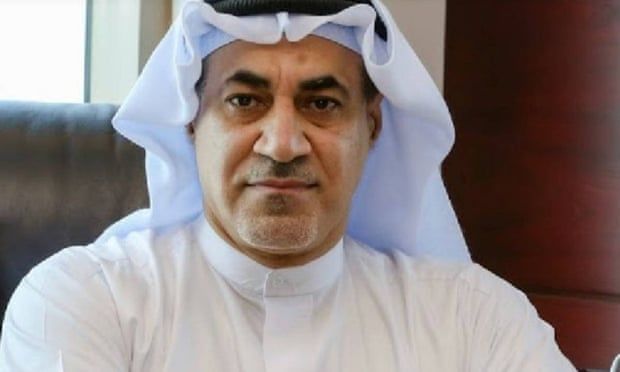 ‘Most harmful thing’ – how spyware is stifling human rights in Bahrain

Growing evidence shows Gulf state’s friends and enemies are being targeted by NSO Group software / You don’t know what is private’: how spyware erodes human rights in Bahrain
Mohammed al-Tajer was caught off guard when his iPhone pinged last November with a warning that said his phone had been targeted by a nation state.

The 55-year-old lawyer from Bahrain had been known among dissidents for his “fearless” defence of opposition leaders and protesters after the 2011 pro-democracy uprising in the tiny Gulf state, when a series of demonstrations and protests were violently suppressed by authorities with the help of Saudi forces.

Tajer had not been involved in human rights issues for five years, however – the last time he’d been rounded up and threatened with arrest by Bahraini authorities.

But a forensic examination of Tajer’s phone by researchers at Citizen Lab at the University of Toronto has found that the lawyer’s phone was hacked on multiple occasions in September 2021 by a government client of NSO Group, the Israeli spyware maker.

“I used to be head of Bahrain Human Rights Observatory, used to have human rights activities inside Bahrain or with the UN. But now I don’t have any ongoing human rights activities,” Tajer, who is still in Bahrain, told Red Line for Gulf (RL4G), a non-profit collection of journalists and activists who are focused on digital security and freedom of expression in gulf states and worked with Citizen Lab on the recent investigation.

“The worst and most harmful thing is you feel you are not secure. That instead of your phone being your friend, it is now your enemy. You don’t know what information is private, and what is already exposed to the state, this is painful.”

A separate investigation by the Pegasus Project – a media consortium investigating NSO Group which includes the Guardian and is coordinated by the French non-profit Forbidden Stories – has also identified 20 Bahraini officials who are close to the government and may have been targeted for surveillance. Their phone numbers were identified with the help of Ali Abdulemam of RL4G.

The mobile numbers – including those of loyalists close to Bahrain’s ruling family – appeared on a leaked database that the Pegasus Project believes contains the phone numbers of individuals who were selected as possible surveillance targets by clients of NSO.

The mobile phone of a US state department official who was stationed in Bahrain at the time of her selection also appears on the leaked database. The state department did not respond to a request for comment.

The Biden administration added NSO to a commerce department blacklist last year, citing evidence that the technology has been used by foreign governments to “maliciously target” embassy workers, journalists and activists, among others.

While the appearance of a person’s mobile number is not evidence that the person was hacked, the Pegasus Project has previously published stories about dozens of individuals – including journalists and human rights activists – whose numbers appear on the list and whose phones were targeted or hacked by clients of NSO, according to security researchers at Amnesty International who forensically examined the devices.

The individuals who were selected as possible candidates for surveillance include 20 members of the Bahrain council of representatives, speaker Fawzia Zainal, who was appointed by the king and selected between January and March 2019, and Ahmed Sabah al-Salloum, an MP and member of the National Institution of Human Rights, an organisation that is funded by the government of Bahrain.

The Pegasus Project also identified two members of the royal family who were listed in the leaked database, including Khalid Bin Ahmed Khalifa, the former minister of foreign affairs. The individuals declined to comment on their appearance on the list.

An NSO spokesperson said: “The misuse of cyber intelligence tools is a serious matter and all credible allegations must be investigated, if and when the relevant information would be provided. The continued reporting of unsubstantiated allegations by uninformed sources is unfortunate and wrong.”

The series of revelations, security experts said, paint a picture of a state that appears poised to use surveillance technology against its perceived enemies and friends alike.

When successfully deployed against a target, Pegasus can infiltrate a mobile phone, giving the user of the spyware full access to phone calls, text messages, encrypted messages and photographs. It can track a mobile phone user’s location and turn the phone into a remote listening device.

“The situation in Bahrain is still pretty repressive,” said Bill Marczak, a senior researcher at Citizen Lab. “Since 2011 Bahrain has really made it a point to try and remove institutions that help people to organise.

“There is no space for dissent or activism, and spyware helps preserve this status quo. Because what they can do is keep an eye on what is going on in private, they can make sure there is nothing bubbling over in private.”

NSO has said its government clients are only meant to use Pegasus spyware to target serious criminals and terrorists. The company has strongly denied that the leaked database has any connection to the Israeli firm and said the phone numbers on the list are not targets of NSO customers.

Bahrain’s embassy in Washington did not respond to a request for comment.

Citizen Lab’s analysis found that Tajer, the lawyer, was hacked with Pegasus spyware just one week after a previous report by the Toronto-based lab detailed nine other cases of Bahrain activists who were targeted with spyware. The researchers have also identified a journalist, who they have not named, who was also targeted with NSO spyware.

Sayed Ahmed Alwadaei, the director of advocacy at the UK-based Bahrain Institute for Rights and Democracy, said Bahrain had witnessed a decade of “systematic repression” since the events of 2011.

Intent on ensuring there would not be any other uprisings, Alwadaei said the government was seeking to keep all activists and political actors “within their control”.

“I guess this is really the new reality, that they want to ensure that this is not going to happen again,” Alwadaei said.
#Pegasus  #NSO
Add Comment