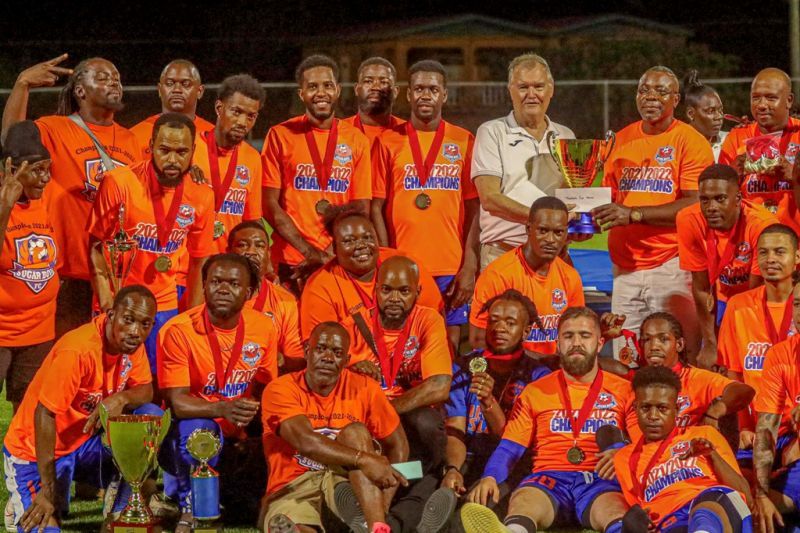 The Sugar Boys FC completed a National League and Presidents Cup double when they beat Panthers FC 2-0 to lift the Presidents Cup at East End/Long Look on Sunday, June 26, 2022.

Both goals came in the second half as two evenly matched teams duked it out in front of a large crowd that surrounded the pitch, sat perched on neighbouring walls and covered any other vantage points along the roadside.

“I would like to thank the spectators for coming out tonight and supporting football. Soon we will have a stand here [at East End) for you all to sit in,” commented BVI Football Association President Mr Andrew D. Bickerton.

The Sugar Boys opened the scoring within five minutes of the second half starting, as Oswart Holder found himself unmarked at the far post and headed home.

The second goal came from a free kick right on the edge of the box, which was taken quickly with the Panthers defence slow to get organised and curled around the wall by German Gonzalez.

‘The season was a very exciting one, what would I encourage everyone to do for the upcoming season is to adopt a youth team if you don’t have one and also a women’s team. That is what I ask for next season and once again congrats to Sugar Boys.”

“I’d like to congratulate both teams on a really good game tonight,” stated Mr Bickerton.

“Panthers, you defended very well. Unfortunately you gave midfield to Sugar Boys who put you under a lot of pressure, but well played. Congratulations Sugar Boys, you played really good football tonight and dominated the midfield, when you dominate the midfield, it’s only a question of time as to when you can score.so congratulations, I always enjoy watching you. We should all take a lesson from the Sugar Boys because when they train, they play a lot of futsal and that means possession, control and movement and they show that when they are on the field. Other teams could learn from that, but I would encourage them to try find some young players from our youth teams to bring in and help them develop,” Bickerton added. 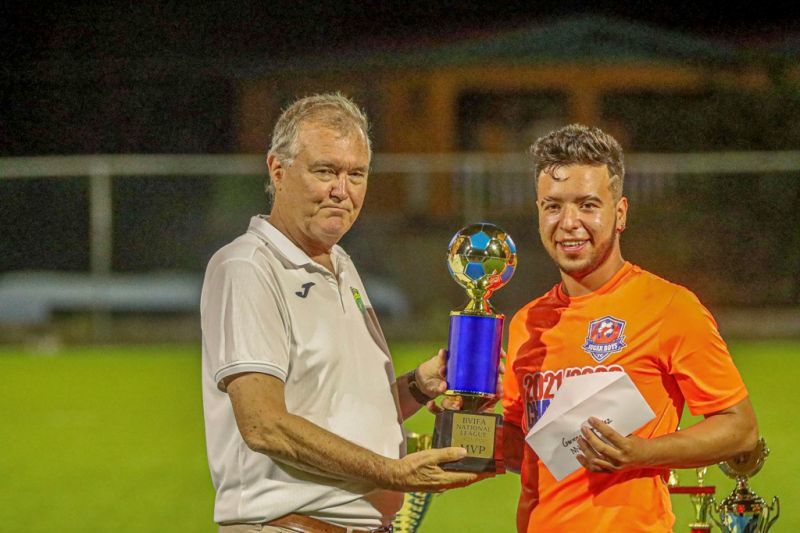 German Gonzalez of Sugar Boys was named the MVP of the 2022 National League. 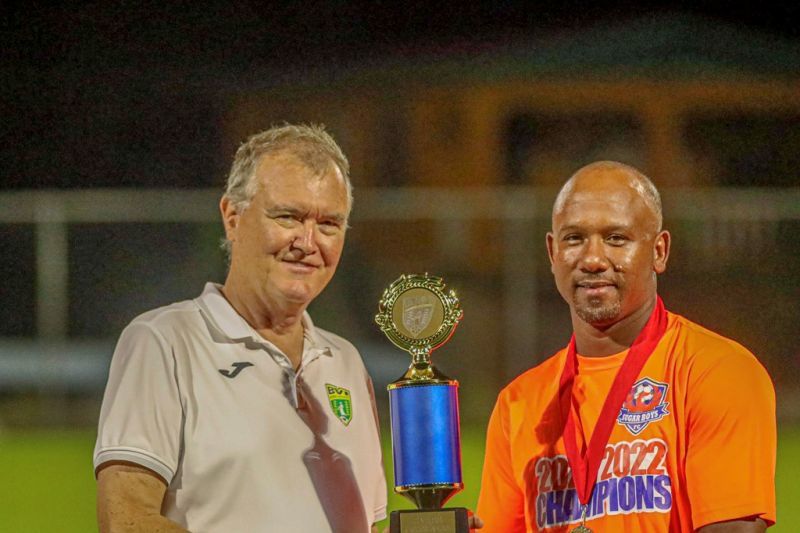 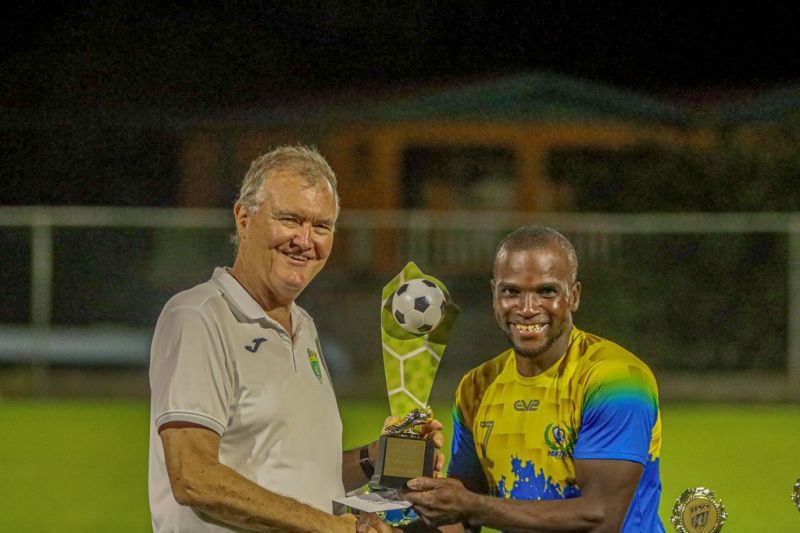