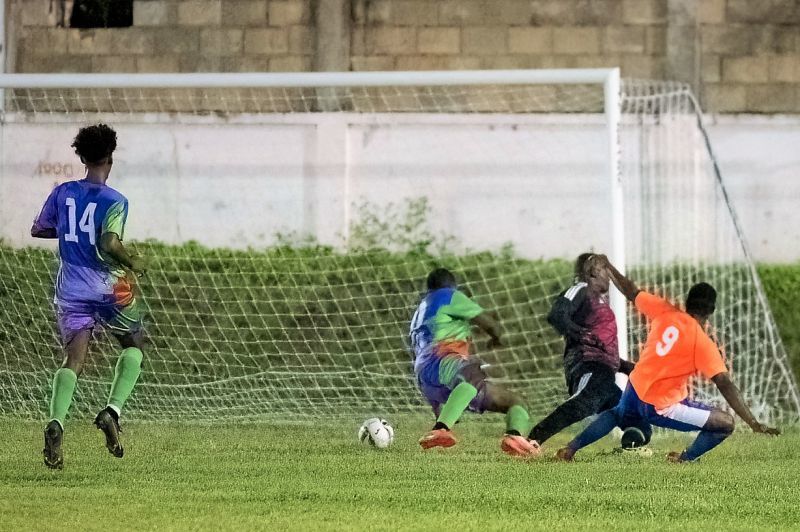 The Sugar Boys FC have opened a four-point gap at the top of the BVI Football Association (BVIFA) National League as their latest win, 2-1, over One Love United at Virgin Gorda Recreation Ground on November 6, 2022, also saw them record four wins from four games.

At kick off, One Love sat just two points behind Sugar Boys and knew a win would have seen them go top, but those hopes were dented in the first half as Roland Roberts put the Sugar Boys ahead in the 37th minute. Roberts would put his team in complete control of the game when he doubled the advantage in the 50th minute and despite trying as hard as they could, One Love found no way back into the match and had to settle for a consolation goal from Jermaine May in the 6th minute of added time at the end of the game as the Sugar Boys took all three points to make it twelve points from four games.

“It was a very important game for us because we wanted the three points,” commented Derrol Redhead, adding that “ One Love always give us a tough game and they are a strong team. We are happy to come out with the win and now have players coming back from injury and getting to where we want to be. We know the other teams are out to beat us so will take each game as it comes, but play them like they were finals.”

According to One Love Manager Marc Savage, it was a good game “but unfortunately, we came out with a narrow defeat. We made a couple of mistakes to let them in, but did have some opportunities in the first half, but could not put them away and that came back to haunt us.” 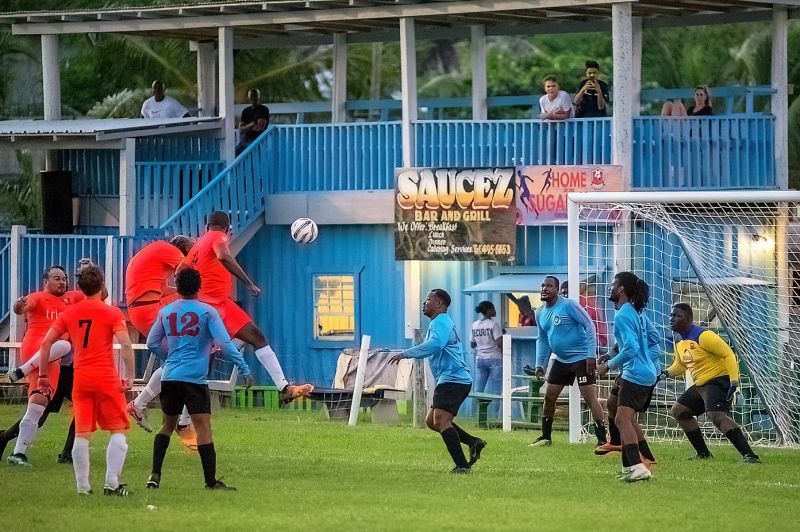 Wolues (orange) on the attack against Positive FC in Virgin Gorda on November 6, 2022.


Wolues FC then grabbed second place in the standings on eight points with a 16-0 rout of new boys, Positive FC over on the Virgin Gorda Recreation ground, with Mauricio Villaneva bagging himself a double hat trick.

“We were happy to not play complacent and to score a lot of goals whilst keeping it shut at the back,” noted goal scorer Nelson. “It really didn’t feel nice to run up a number on a new team who is learning their way, but we had to play our normal game to keep up with the competition. Positive battled all the way and I’m sure they will improve during the next months.” 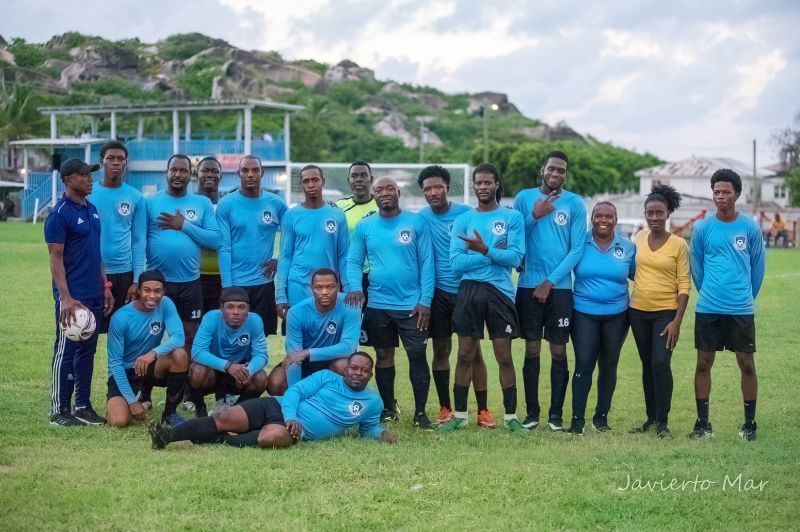 A positive Positive FC before their game against Wolues on Virgin Gorda on Sunday, November 6, 2022. P


Rebels FC moved into third place on seven points following a convincing 4-0 win over Islanders FC, as Jahmal Prentice added to his league leading tally of eight goals with a first half penalty. Ikyjah Williams had fired Rebels into the lead in just the 13th minute and then in the second half Webster Pryce notched himself a double in the 65th and 77th minutes to round out the scoring.

“This was a huge win for us,” commented Manager Audain Lennon.

“In order for us to have a chance at the title, we cannot drop anymore points and our players are aware of that. Everyone played great football in this game, our defense, our midfield, and the forwards were superb. It was simply great team work all around, we had a game plan, and it was well executed, so right now we can look forward to the Wolues game next Saturday,” Lennon stated. 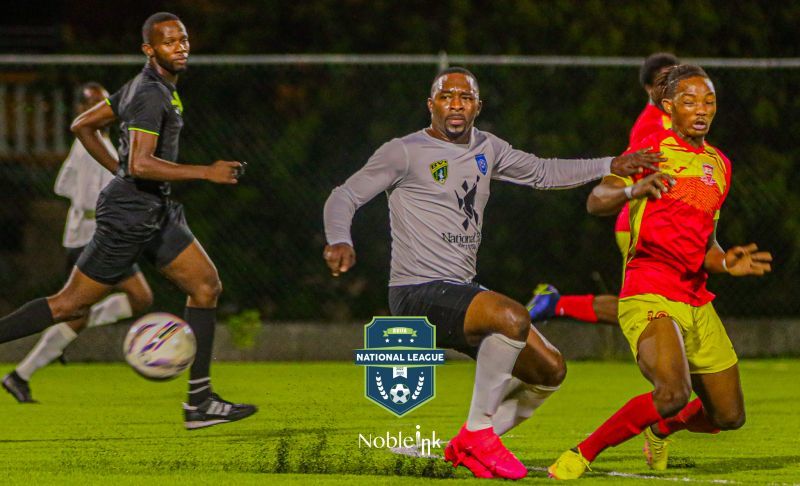 Action in the game between Rebels and One Love in East End on November 6, 2022.