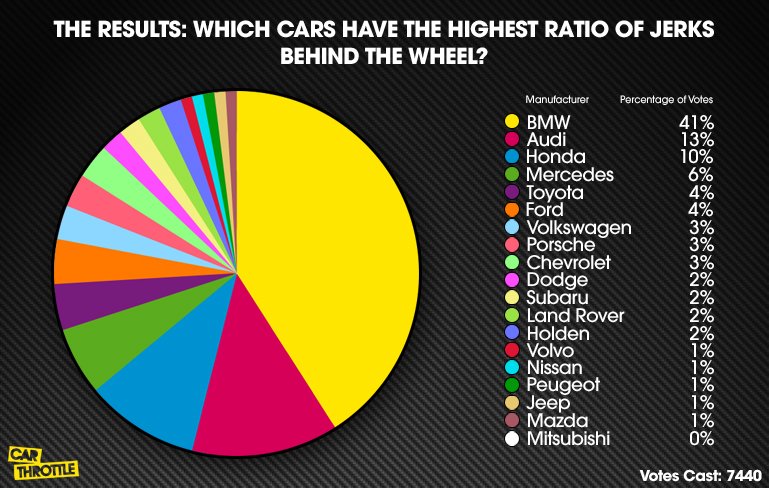 Who would've thought that self-centred men “are much more likely to own a high-status car such as an Audi, BMW or Mercedes?” This research was supported by the Academy of Finland research grant 309537.
Pretty catchy title, eh? Now, I know what more than a few of you Mercedes-Benz owners are thinking; just one more case of outrageous click-baiting by a desperate MSM. And almost certainly Mercedes-Benz itself is thinking libel; the tarnishing of its great name — even by inference — cannot stand unchallenged.

Except for one thing. The above is not a headline, but rather a quote. More emphatically, it’s the actual title of a scientific paper published in the International Journal of Psychology by the Swedish School of Social Science at the University of Helsinki. And according to the press material surrounding this (only slightly) contentious conclusion, Jan-Erik Lönnqvist, professor of social psychology, has made the same anecdotal conclusion about Audi and BMW drivers as well, namely that owners of German luxury cars are more likely to drive recklessly and ignore traffic laws. “I had noticed that the ones most likely to run a red light, not give way to pedestrians, and generally drive recklessly and too fast were often the ones driving fast German cars,” says Lönnqvist. Who amongst us hasn’t made the same observation?

The difference is that Lönnqvist is a university professor of social science at a school of social science in a country that prides itself on, well, social equality. So, he did what any professional social justice warrior would do; he authored a study of 1,892 car owners in a Five Factor Model — measuring openness, conscientiousness, neuroticism, extraversion, agreeableness — to determine whether wealth and personality traits affect driving habits. The conclusions were hardly surprising: “Self-centred men who are argumentative, stubborn, disagreeable and unempathetic are much more likely to own a high-status car such as an Audi, BMW, or Mercedes.” Making sure that we don’t mistake his conclusions, Lönnqvist goes on to say “these personality traits explain the desire to own high-status products, and the same traits also explain why such people break traffic regulations more frequently than others.”

Now, the study posits all manner reasons for their misbehaviour. Much of it sounds a little like psycho-babble to a pedestrian like me, but the authors seem to blame narcissism — more specifically, the Disinhibited variety (unrestrained, low-frustration tolerance, aggression and antagonism toward people, social norms and obligations) and the Sensation-Seeking (impulsive, stimulation seeking) — for this flouting of traffic laws. Indeed, the trait from the Five Factor Model examination the authors seem to focus on is “agreeableness,” saying it “has been inversely associated with aggressive driving behaviour, moving violations, motor vehicle accidents and losses of vehicular control” and that those scoring especially low in agreeableness much preferred prestigious brands.

Now, defenders of the (rich) faith will no doubt note that the cost of the average high-status automobile necessitates a certain degree of wealth, and be tempted to blame such poor driving habits on the corruptive powers of wealth. Lönnqvist nips that notion in the bud, pointing out that “a high-status car is not only indicative of high socio-economic status [i.e., you have enough money to afford a luxury car], but also of underlying personality traits. This means that the often-observed associations between driving a high-status car and unethical driving behaviour may not be due to the corruptive effects of high social class, but rather due to the underlying personality traits that dispose certain people to purchase high-status cars.” More importantly, the study concluded “those whose personality was deemed more disagreeable were more drawn to high-status cars. These are people who often see themselves as superior and are keen to display this to others.” In other words, a large number of the people who drive Mercedes are self-centred jerks. BMW and Audi, too.

Now, the researchers did find some countervailing evidence. The second part of the study’s title is Besides disagreeable men, also conscientious people drive high-status cars. Indeed, according to Lönnqvist, conscientious people — who are, as a rule, respectable, ambitious, reliable and well-organized — are also drawn to high-status cars: “The link is presumably explained by the importance they attach to high quality. All makes of car have a specific image, and by driving a reliable car they are sending out the message that they themselves are reliable,” says the professor. One telling aspect of this second demographic was these conscientious types included both male and female owners of high-status automobiles. In contrast, the study took great pains to point out that the connection between self-centred personalities and high-status cars was only found amongst men, Lönnqvist positing that cars simply do not have the same significance as status symbols for women.

One could, if one felt insulted, try to blow holes in Lönnqvist’s study. It was, after all, conducted solely on Finnish men, and it could be possible — however unlikely — only male Finnish luxury car owners are self-centred narcissists (for the record, I think this is one that we males have to take on the chin). One could even find fault in Lönnqvist’s casual anecdote that electric luxury cars are becoming positive status symbols, when in fact, Tesla owners repeatedly prove themselves the least “agreeable” motorists on the planet.

Still, who of us has not ascribed a certain lack of modesty or humbleness among the owners of luxury automobiles? At least now, we would seem to have some scientific proof.
#Tesla
Add Comment