Older non-white men with prior illness at much higher risk of Covid-19 death, British study finds

People from black and minority ethnic backgrounds are much more likely to have ‘bad outcomes’ from the disease but researchers say it’s not clear why. The Hong Kong government has tightened guidelines for aged care facilities following an outbreak at a home for the elderly

Older men with underlying health conditions and who come from an ethnic minority background, such as black or South Asian people, are exposed to a higher risk of dying from Covid-19, according to a study of 17 million people in England.

The largest study of its kind, according to its authors, analysed the primary care records of 17,278,392 adults, or 40 per cent of England’s population collected by the British National Health Service. Among them 10,926 died from coronavirus or related complications over the three months of tracking since February.

They found that the mortality was related to being male, older, subject to deprivation or economic hardship, and having diabetes, severe asthma and various other medical conditions, according to a peer-reviewed paper published in Nature on Wednesday.

“Compared with people with white ethnicity, black and South Asian people were at higher risk, even after adjustment for other factors,” 30 researchers, including Elizabeth Williamson and Alex Walker, wrote in the paper.

“Non-white ethnicity has previously been found to be associated with increased Covid-19 infection and poor outcomes.”

About 11 per cent of the patients tracked by the analysis identified as non-white.

“Our findings show that only a small part of the excess risk is explained by higher prevalence of medical problems such as cardiovascular disease or diabetes among people from black and minority ethnic groups (BME), or higher deprivation.”

“People from black and minority ethnic (BME) groups are at increased risk of bad outcomes from Covid-19, for reasons that are unclear.”

Long-standing systemic health and social inequities have put some members of racial and ethnic minority groups at greater risk of contracting the coronavirus or experiencing severe illness, regardless of age, according to the Centres for Disease Control and Prevention in the US.

The coronavirus pandemic, first reported in the central Chinese city of Wuhan in December has infected more than 12.4 million people around the world and killed over 557,000.

Many research reports have identified older people, men and those with underlying diseases among the more vulnerable populations, but this is the largest scale study.

Age and gender are well-established risk factors for severe Covid-19 outcomes. Over 90 per cent of coronavirus deaths in Britain were in people over 60, and people older than 80 were hundreds of times more likely to die than people under 40.

Men were more likely to die than women of the same age: they accounted for 60 per cent of all deaths, according to the paper.

In April, the World Health Organisation said Europe was seeing an “unimaginable human tragedy” at its care homes, where deaths from the new coronavirus accounted for up to half in some countries. Infection in care homes is also a problem in the United States.

Hong Kong government guidelines for care homes were tightened this week after the city saw its first Covid-19 outbreak in a facility for the elderly. On Wednesday guidelines from the Centre for Health Protection’s were updated as the number of residents and staff infected at the Kong Tai Care for the Aged Centre in Tsz Wan Shan rose to 32.

At least one staff member confirmed to have Covid-19 also worked at another facility run by the same operator on a higher floor in the same building.

The revised guidelines state such homes should “avoid as far as possible deploying staff to work in different residential care homes”, while people living there should avoid leaving “unless deemed necessary”.

Various pre-existing conditions have also been associated with increased risk, such as obesity, diabetes, severe asthma and cardiovascular disease as well as having a lower income, according to the paper in Nature .

In a study early in the coronavirus outbreak, Chinese researchers reported cardiovascular disease, hypertension, diabetes, respiratory disease and cancers as associated with an increased risk of death from Covid-19 in a paper published with the Chinese Centre for Disease Control and Prevention. 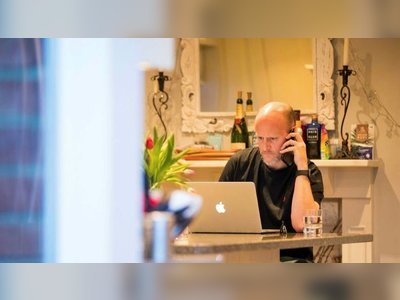