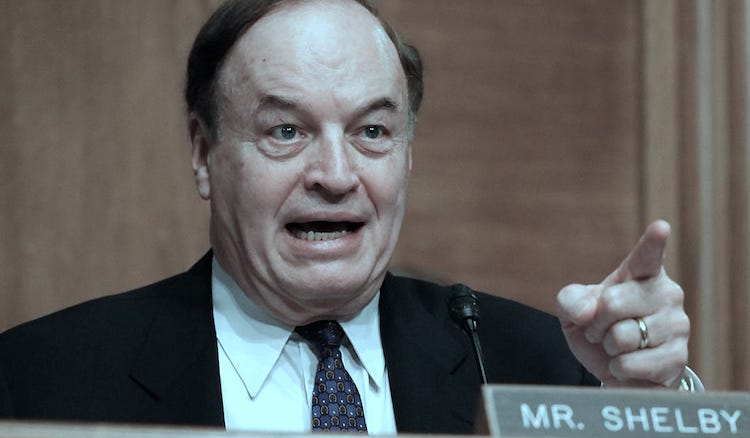 In a massive setback to the crypto industry, the U.S. Senate did not adopt a bipartisan compromise on a crypto tax provision in its $1 trillion infrastructure bill after a vote Monday.

U.S. Senators Cynthia Lummis (R-Wyo.) and Pat Toomey (R-Pa.) earlier announced the compromise was supported Democrats, Republicans and the Treasury Department when introducing the amendment earlier in the day, saying it would exempt crypto transaction validators from a broadened definition of “broker.”

U.S. Sen. Richard Shelby (R-Ala.), however filed an objection after attempting to attach his own amendment to increase military spending. Sen. Bernie Sanders (D-Vt.) objected to the Shelby motion, resulting in Shelby then objecting to the overall compromise.

The full text of the compromise was not immediately available, but Toomey said it would specify who has tax reporting obligations within the digital asset sector. Software developers, node operators and validators would not be required to carry or report transaction information, but brokers would be.

“We’re not proposing anything sweeping or anything radical – [the compromise] makes clear that a broker means only those persons that conduct transactions where consumers buy, sell and trade digital assets.”

The text itself would define a broker as “any person who (for consideration) regularly effectuates transfers of digital assets on behalf of another person,” and would exclude entities that validate transactions (meaning miners or stakers) without providing other services, or entities that sell hardware or software that allow customers to control private keys, according to Coin Center’s Jerry Brito.


Treasury Secretary Janet Yellen seemed to express support for the compromise in a statement on Monday.

“I am grateful to Senators Warner, Portman, Sinema, Toomey and Lummis for working together on this amendment to provide clarity on important provisions in the bipartisan infrastructure deal that will make meaningful progress on tax evasion in the cryptocurrency market. I am also thankful to Chair Wyden for his leadership and engagement on these important issues.”

However, the compromise came after the Senate conducted a number of procedural votes late Sunday to advance the bill’s original text. The legislative body will send the original provision to the House of Representatives.

Background
The bill, which has been held up repeatedly for a number of issues including the crypto provision, seeks to fund $1 trillion in both infrastructure maintenance and new initiatives like electric vehicle charging stations. Part of the bill expects to pay for these initiatives through $28 billion raised over the next 10 years through expanded crypto tax reporting requirements.

The crypto industry pushed back against the wording of this provision amid concerns that the revised definition of a “broker” would capture miners or other types of validators, hardware manufacturers, software developers and other network participants that don’t have customers or otherwise any ability to comply with the information reporting rules.

“I don’t believe the cryptocurrency amendment language on offer is good enough to protect privacy and security, but it’s certainly better than the underlying bill. Majority Leader [Charles] Schumer says he won’t block a unanimous consent request on it.”


Senators Ron Portman (R-Ohio), Mark Warner (D-Va.) and Kyrsten Sinema (D-Ariz.) also introduced an amendment, which would only exempt validators from proof-of-work or proof-of-stake networks. The White House previously announced its support for this amendment.

Crypto isn’t the only issue that held up passage of the overall infrastructure package. Rather, it has been one of a handful.

It was non-crypto issues that held up debate and votes on Sunday, according to multiple reporters in Washington, D.C.