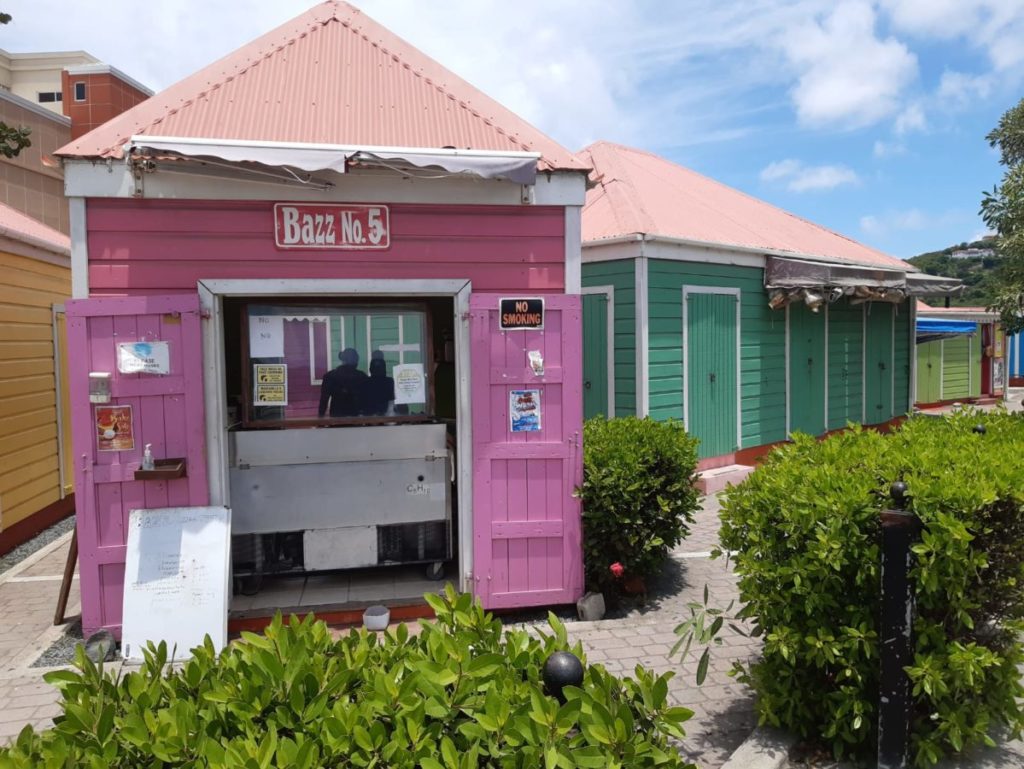 A shop owner at the Crafts Alive Village has described as “terrible” the conditions under which he is forced to conduct business since electricity has been disconnected to the area for more than three months.

Abdul Shabazz, a fruit smoothie vendor at the village, said shop owners have had to resort to using generators to power their businesses in the interim, and this, coupled with COVID-19 issues in the BVI, has affected his business immensely.

Shabazz, whose business heavily depends on having reliable electricity to power blenders and an all-important refrigerator/freezer, further said he’s asked City Manager Janice Brathwaite-Edwards for a letter of consent to set up his own electrical meter and connection at his shop but hasn’t received permission to do so.

“I don’t know what the problem is with the light bill and whatever but this is very, very unfair,” the clearly infuriated shop owner complained.

He pleaded in a recent interview on ZBVI for the City Manager to address his concerns urgently and decried the fact that no one was listening to the cries of the Crafts Alive vendors.

“We can install our own [electrical] meter if that’s the problem. I don’t know if they want the plaza closed. But if they want it closed, they should say something so that we could move on to something else,” Shabazz further said.

He argued that the vendors at the village are not animals and deserved a response to their cries for help.

Electricity not disconnected for three months

Meanwhile, Deputy Secretary in the Ministry of Works & Utilities, Andrew St Hilaire, refuted claims that the village’s electricity was disconnected continuously for three months. He noted that it had been reconnected after payments had been made but disconnected again when payments stopped.

“That is up-kept by the vendors playing their part as tenants within the Crafts Alive [Village],” St Hilaire said.

He expressed that due to the COVID-19 situation in the territory, things have been very slow at Crafts Alive.

The Deputy Secretary further said he is now looking into the matter of outstanding utility bill payments with the BVI Electricity Corporation (BVIEC).

He said while he was looking into rectifying the arrears that are now between two statutory bodies – the BVIEC and WCDA – he could not say when electricity would be restored to the site as this was entirely up to the discretion of the BVIEC, once a satisfactory payment arrangement has been made.