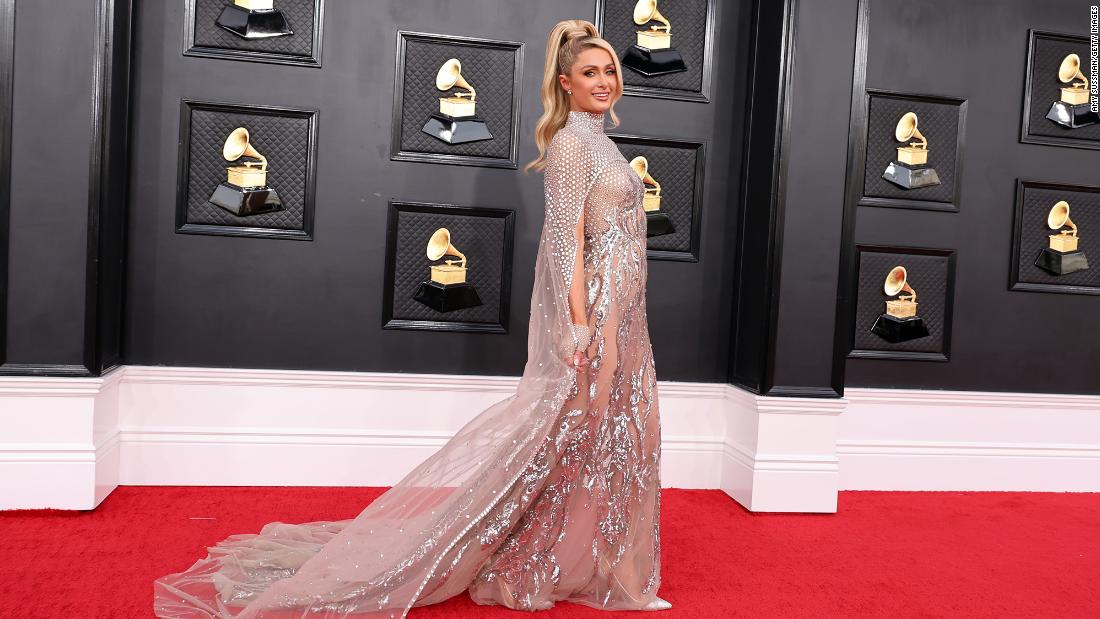 Paris Hilton wants to be the 'Queen of the Metaverse'

A fuschia Bentley drives down a twisty desert road toward the entrance of the Neon Carnival, an after-party held each year during Coachella. Paris Hilton has arrived. Her hair is in pigtails, twisted in part with white flowers, and she's wearing a sparkly pink romper that matches her platform boots. She greets fans on a red carpet, heads to a packed dance floor and eventually finds her way to the go-karts.

Hilton attends the invite-only party in person each year, but this particular scene played out last month in Paris World, Hilton's virtual experience on popular gaming platform Roblox, where she joined as an avatar. Nearly 400,000 Roblox users visited her virtual Neon Carnival that mid-April weekend, about 40 times the number of people who went in real life this year, according to Hilton. (The digital event was sponsored by Levi's and designed in part by Brent Bolthouse, the founder of the original Neon Carnival).

It's a concept Hilton has seen success with before. On New Year's Eve, she DJed a live set in the same virtual world, playing as her avatar. In Paris World, users can also buy virtual clothing, book a jet ski ride or pay to gain access to a VIP section of a club.

"I've always been an undercover nerd, so I've been obsessed with anything to do with technology and the future," Hilton told CNN Business in an interview last month. "Now my new nickname is 'The Queen of the Metaverse,'" she added, referring to a sobriquet she has used on the red carpet and in a number of her social media posts, which, according to her company 11:11 Media, first emerged in the NFT space on Twitter.

Hilton has long been a trendsetter. She arguably became an influencer before the term even existed after her reality TV show, "The Simple Life," debuted in 2003. But Hilton, the great-granddaugther of hotel mogul Conrad Hilton, has also been working to redefine her public image as a successful businesswoman and to cement her status as an innovator.

Recently, she's embraced two buzzy but speculative trends in tech: the metaverse, a vision for an immersive virtual world that still does not exist; and non-fungible tokens, known as NFTs, which refer to pieces of digital content linked to the blockchain, the digital ledger system underpinning various cryptocurrencies.

Hilton has invested in multiple tech companies, including backing digital avatar startup Genies and animation app immi, which allows some NFT owners to bring the characters in their digital artwork to life. She also bought a Bored Ape Yacht Club NFT, a pricey and highly sought after collection that's attracted celebrity buyers. Hilton has also created her own NFT artwork. One of her latest NFT pieces, called the "Iconic Crypto Queen" and created in collaboration with popular NFT artist Blake Kathryn, sold for $1.111 million -- a nod to 11:11 Media, Hilton's new company named after her favorite time of day. 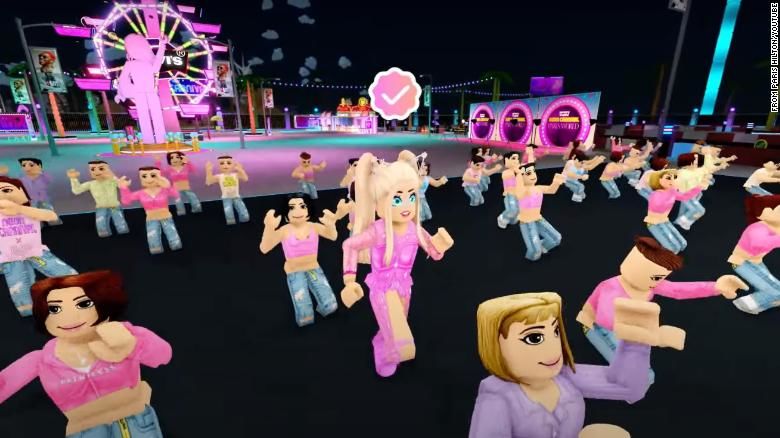 Paris Hilton's avatar joins a dance party at the Neon Carnival in Paris World on Roblox, the virtual gaming platform

While the future of both the metaverse and NFTs remains unclear, arguably all the more so for the latter after a crypto market crash this month, some say there is real potential for celebrities who embrace virtual gatherings and products. "For celebrities, like brands, this is another way for them to engage with their fans and audiences," said Michael Inouye, a principal analyst at ABI Research. "This could be through virtual events, concerts, shows and more. They could sell virtual merchandise so fans could show their fandom both in their real and virtual lives."

Her bet on these digital products and services is just one piece of Hilton's growing empire. Last fall, Hilton brought all of her initiatives under 11:11 Media. The company includes her 19 product lines, such as fragrances, clothing and makeup, which have surpassed over $4 billion in all-time revenue, according to the company. It also includes her production company Slivington Manor Entertainment -- which is behind TV projects including "Cooking with Paris" and "Paris Hilton in Love" -- and her podcast company London Audio.

"We are growing quickly and want to find the talent of people who are interested in this space," said Hilton. To that end, Hilton is partnering with ZipRecruiter, an online platform for job seekers, to add more employees to her roster. 11:11 Media is soon launching a sweepstakes for someone to win a mentorship program with her in Los Angeles to learn many of the aspects of running her business.

"Mentorship is also something that's really important for me. My mentor was my grandfather," she said of the late Barron Hilton, the business magnate who was the former president, chairman and CEO of Hilton Hotels Corporation. "It's just all the advice he gave me and the support has really stuck with me throughout my career. I want to be able to do that for someone else."

A voice for NFTs

In 2019, Hilton emerged as one of the earliest celebrity promoters of NFTs. She was approached by a friend who was raising money for recovery efforts related to Australia's wildfires at the time. When Hilton was asked to create a digital art piece on her iPad, she drew one of her cats, Munchkin. All proceeds went to charity.

"I then found myself on sites such as Clubhouse during the pandemic talking to artists about the NFT world and meeting with leaders in the space," she said. "I became obsessed with it and started collaborating with artists. ... It's something I really believe in."

Since then, she has become a public voice for NFTs. During an appearance on "The Tonight Show Starring Jimmy Fallon" earlier this year, Hilton and Fallon shared pictures of their Bored Ape NFTs in a conversation that one news outlet described as "frankly, hallucinogenic." The year before, she used her time on the show to school Fallon on how NFTs work. 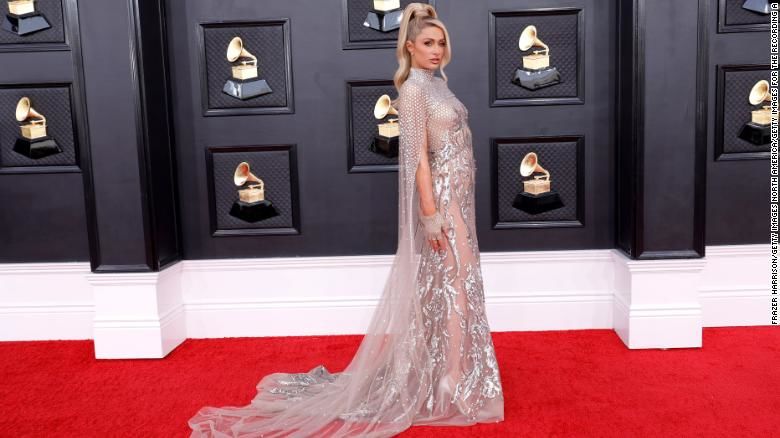 Other celebrities including Snoop Dogg, Lindsay Lohan and Shawn Mendes have launched their own NFTs. But recently there have been signs the NFT market may be deflating. The NFT market declined to a daily average of about 19,000 sales earlier this month compared to 225,000 in September, according to data cited by the Wall Street Journal.

In 2021, then-Twitter CEO Jack Dorsey sold his first-ever published tweet as an NFT, for cryptocurrency valued at $2.9 million, but when the man who purchased it put it up for sale, it attracted offers at a fraction of the price.

The price of Bitcoin -- the largest cryptocurrency -- dropped below $30,000 earlier this month and has struggled to rise above that level since then. It remains down more than 50% from its record high in November. Other cryptocurrencies have been hit hard too in recent weeks.

Along with the risks associated with the volatility of NFTs and the broader crypto space, scams and thefts also persist. Some celebrities have also had class-action lawsuits filed against them for allegedly participating in so-called "pump and dump" crypto schemes.

"These have usually been associated with cryptocurrencies where the celebrity will hype it up and then when people invest in it they in turn around and sell their currency at a profit," said Inouye. "This speaks to the less savory side of all of NFT-blockchain-crypto, which is at least in part driven by hype and speculation."

Hilton said she's been cautious not to give advice on what people should buy, noting she's only interested in NFTs to "support the artists" and "not for investment reasons."

Hilton has proven herself as a successful entrepreneur for years but she said public perception of her -- which was fixated on her heiress and socialite status -- didn't shift until the release of 2020 documentary "This is Paris." The film, released on YouTube and since viewed more than 58 million times, called out the mistreatment she allegedly faced at a boarding school facility as a teenager.

"The documentary changed my life in every single way," she said. "For so long, people had so many misconceptions of me because of the character I was playing ... almost like a coping mechanism. Now they understand who I actually am and what I've been through. I'm not a dumb blonde. I'm just very good at pretending to be one."

Since the release of the documentary, she has worked to change laws in seven states as part of an effort to crack down on abusive youth facilities. Earlier this month, Hilton visited the White House to discuss new legislation aimed protecting children in such programs.

"I will always be grateful to 'The Simple Life' because it really helped me launch my brand and all my businesses. But there is so much more to me," she said. "I want to be known and respected for the businesswoman I am, the business and brand that I've created and for being an advocate for children who have suffered from the abuse and trauma that myself and so many others have."

Hilton said she continues to look for new ways to innovate on and offline, grow her NFT collection and help others grow their own brands.

"It's amazing now with the technology available to anyone from their living room -- if they have Wi-Fi connection, an iPhone or whatever they're capturing their content on -- they are able to build a brand, support their families, be themselves and express themselves in that way," she said. "It makes me proud that I created this new genre of a celebrity. ... I love being an innovator and someone who is a first at things. It's just incredible to see what that's morphed into."