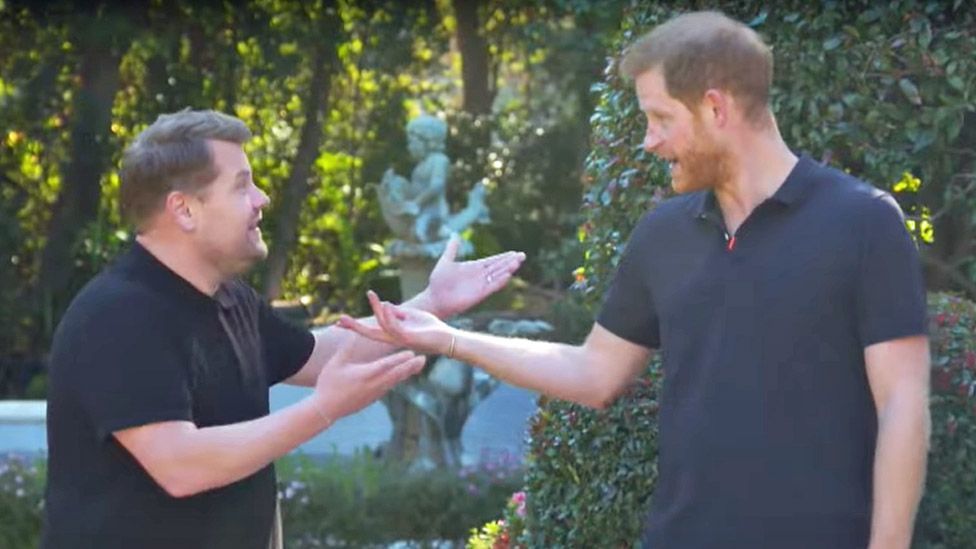 The Duke of Sussex has given further insights into life in California with Meghan and their son Archie, giving an interview to James Corden while travelling the streets of Los Angeles on an open-top bus.

The unconventional interview setting provided plenty of fresh air and space for social distancing - and the prince apparently relished his first ride on an open-top double-decker.

The appearance was more informal than the duke and duchess's forthcoming sit-down with Oprah Winfrey is likely to be, while Corden's style is more jokey and less probing.

But that didn't stop Harry opening up about some elements of the family's life and their decision to swap London for LA, explaining how the UK press was "toxic" and "destroying my mental health".

He also gave Corden his views about Netflix's The Crown and revealed what the Queen gave Archie for Christmas. Here are seven nuggets we learned from the interview:

1. Harry wants to 'bring some compassion'

Harry, Meghan and Archie left the UK almost a year ago after "stepping back" from life as working royals. They have now settled in Santa Barbara, California.

Asked by Corden what their lives would involve after lockdown is lifted, Harry replied: "I've no idea. A slightly different version but a continuation of what we were doing back in the UK.

Harry revealed that the Queen had asked what Archie, now aged one and a half, wanted for his last Christmas present, and was told by Meghan he wanted a waffle maker.

"She sent us a waffle maker for Archie," he said. "So for breakfast now, Meg makes up a beautiful organic mix in the waffle maker... He loves it. And now I have waffles for breakfast, a bit of yoghurt, a bit of jam on top. I don't know if that's the right thing to do. Berries maybe. A bit of honey. Maybe some syrup."

Harry said his son is now "hysterical", adding: "He's got the most amazing personality." 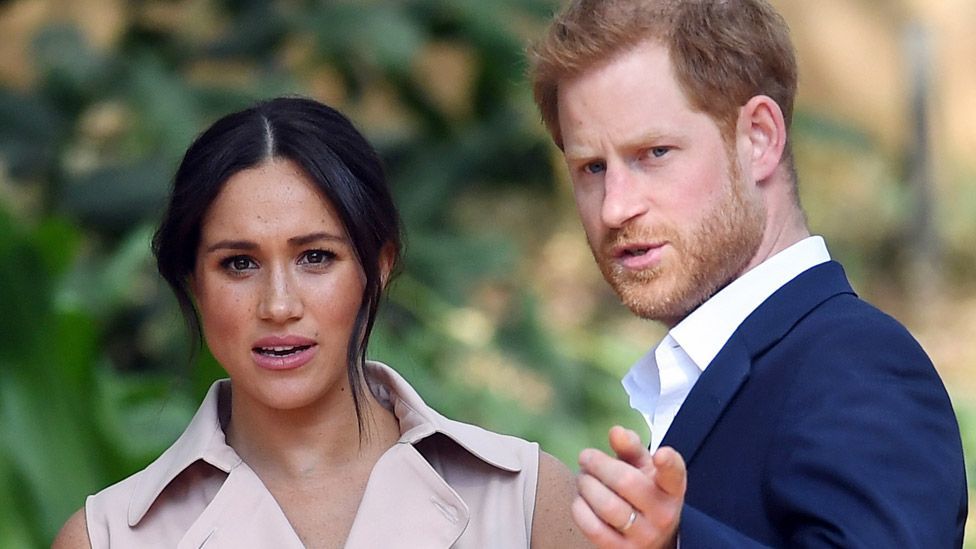 Yes, that is what they call each other.

Corden and the prince stopped off on their open-top bus tour at the house that was used in The Fresh Prince of Bel-Air. After Harry proved he was a true fan of the 90s sitcom by rapping the theme tune while walking up the drive, Corden tried to persuade him to buy the property.

The host then FaceTimed Meghan on Harry's phone in an attempt to convince her - she demurred, saying "I think we've done enough moving", before asking her husband: "Haz, how's your tour of LA going?"

5. They watch game shows in bed, just like the rest of us

Asked what a regular evening was like for the Sussexes in Santa Barbara, Harry said: "Depending on how the day's been and how busy it's been, we do Archie's tea, give him a bath, read him a book, put him down, go downstairs, Meg might cook a meal, might order a takeaway, go upstairs sit in bed, turn the TV on, watch some Jeopardy, maybe watch a little bit of Netflix."

6. Harry hasn't got a problem with The Crown

Speaking of Netflix... There have been some vocal objections to how The Crown depicts royal history, especially now it has reached the era of Harry's parents, Prince Charles and Princess Diana.

But Harry was sanguine about it, even suggesting its dramatisations could give outsiders a useful glimpse into the hardships of royal life.

"They don't pretend to be news," he said. "It's fictional, but it's loosely based on the truth. Of course it's not strictly accurate, but loosely, it gives you a rough idea about what that lifestyle, what the pressures of putting duty and service above family and everything else, what can come from that.

"I'm way more comfortable with The Crown than I am seeing the stories written about my family or my wife or myself. Because it's the difference between - that [The Crown] is obviously fiction, take it how you will, but this [the press] is being reported as fact because you're supposedly news. I have a real issue with that." 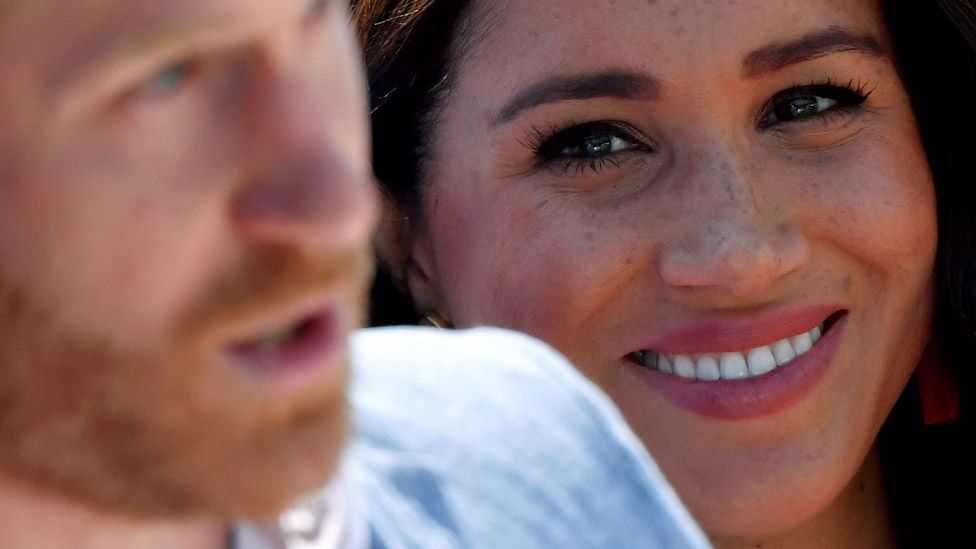 Asked when he knew Meghan might be "the one", Harry replied: "The second date I was starting to think, wow, this is pretty special. It was the way we hit it off with each other and we were so comfortable in each other's company.

"Dating with me, or with any member of the Royal Family I guess, is kind of flipped upside down. All the dates become dinners or watching the TV or chatting at home. And then eventually once you become a couple, then you venture out to dinners, to the cinema and everything else.

"So everything was done back-to-front with us. Actually we got to spend an enormous amount of time just the two of us, rather than going to friends' houses or out for dinner where there are other distractions, and that was great, it was an amazing thing. We went from zero to 60 in the first two months."

Two things he didn't talk about

He did not touch on the Duke of Edinburgh's health, or Meghan's pregnancy. They announced the latter earlier this month, after revealing Meghan had a miscarriage last summer.

He and Meghan may well discuss those subjects when they are interviewed together by Oprah. That is due to be broadcast on 7 March. It is not known whether it will be conducted on an open-top bus.