Activists who have been advocating for same-sex marriage in the Cayman Islands and Bermuda to be legalised received a major blow today, Monday, March 14, 2022, following a ruling by a top appeals court in London.

The United Kingdom's Privy Council, which serves as the final court of appeals for several islands in the Caribbean, sided with the government of Bermuda, which had fought a local Supreme Court's decision to allow gay marriage. 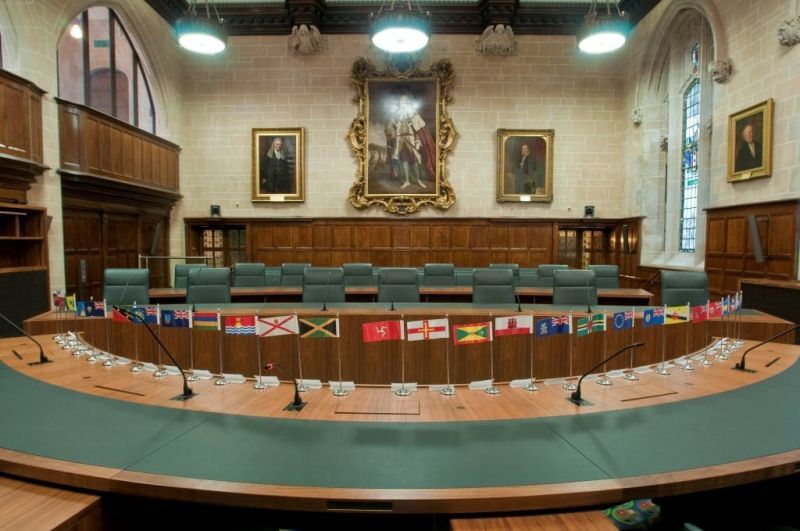 The United Kingdom's Privy Council, which serves as the final court of appeals for several islands in the Caribbean, sided with the government of Bermuda, which had fought a local Supreme Court's decision to allow gay marriage

The Privy Council also ruled that gays don't have the right to marry in the Cayman Islands based on its Constitution.

According to the Associated Press, Caribbean activists had hoped for a favourable ruling to help sway public opinion in a largely conservative region where colonial anti-sodomy laws remain on the books and same-sex marriage is rarely considered a right.

One of five judges in the Bermuda case dissented. In its judgement, the Privy Council acknowledged that the historical background of marriage is "one of the stigmatisation, denigration and victimisation of gay people, and that the restriction of marriage to opposite-sex couples may create among gay people a sense of exclusion and stigma."

However, it said that “international instruments and other countries’ constitutions cannot be used to read into (Bermuda's constitution) a right to the legal recognition of same-sex marriage.”

Matter up to legislative assembly in Cayman Islands

Meanwhile, the ruling was unanimous in the Cayman Islands' case, with judges writing that “the effect of the board’s interpretation is that this is a matter of choice for the legislative assembly rather than a right laid down in the constitution.”

According to the Associated Press, the Cayman Islands' case reached the Privy Council after two women — Chantelle Day and Vickie Bodden Bush — were denied a marriage license in 2018. The couple, who recently adopted a daughter, went to court, and in March 2019, the Cayman Grand Court ruled in their favor after stating that the denial violated the law. Months later, a local appeals court overturned the decision, stating that the Cayman Constitution doesn't allow for same-sex marriage. However, it ordered the government to provide the women with a legal status equivalent to marriage.

That didn’t happen and a legal team sought a ruling from the Privy Council in London.

Court rulings in favour of same-sex marriage resisted in Bermuda

Meanwhile, the case in Bermuda reached the Privy Council as a result of the government fighting local court rulings that upheld the legalisation of same-sex marriages.

In May 2017, the island’s Supreme Court ruled that they were legal, but the party that won the general elections months later rejected that ruling and allowed only domestic partnerships. One senator said during the debate at the time: “Society largely does not support same-sex marriage nor is it prepared to accept it at this time.”

The issue bounced through various courts until it reached the Privy Council.

Same-sex marriage is not legal in the Virgin Islands and governments in the past have said they have no intentions of making it legal anytime soon.