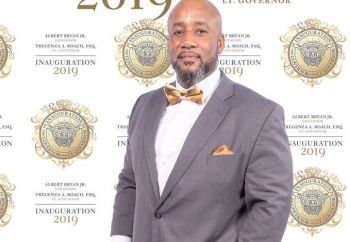 Following the departure of Sharon P. Flax-Brutus as Director of Tourism on May 20, 2020, Mr Rhodni A. Skelton has been appointed to act in the post. Appointment to run until June 30, 2020

“The Board of Directors of the British Virgin Islands Tourist Board and Film Commission has announced the appointment of Mr Rhodni Skelton as the Acting Director of Tourism, effective Monday, 25th May 2020.

“The appointment will run until 30th June, 2020, by which time the organisation aims to select a substantive candidate for the post of Director of Tourism,” a press release from the British Virgin Islands Tourist Board and Film Commission on May 26, 2020, stated.

It said Mr Skelton, who currently serves as the Deputy Director of Tourism, will act in the post vacated by Mrs Flax-Brutus and will be responsible for the day to day management of the operations of the BVI Tourist Board including its overseas offices and marketing agencies.

Chairman of the BVI Tourist Board and Film Commission, Mrs Kenisha A. Sprauve said, “After expressing our thanks to Mrs Flax-Brutus for her years of service, we commenced the application process for the post of Director of Tourism. In keeping with organisational procedures, Mr Skelton, our Deputy Director, has been appointed to act in the position until this process is completed.”

He was appointed as the Deputy Director of Tourism effective May 8, 2017, after serving as Film Commissioner and Events Marketing Manager from 2004 to 2015.