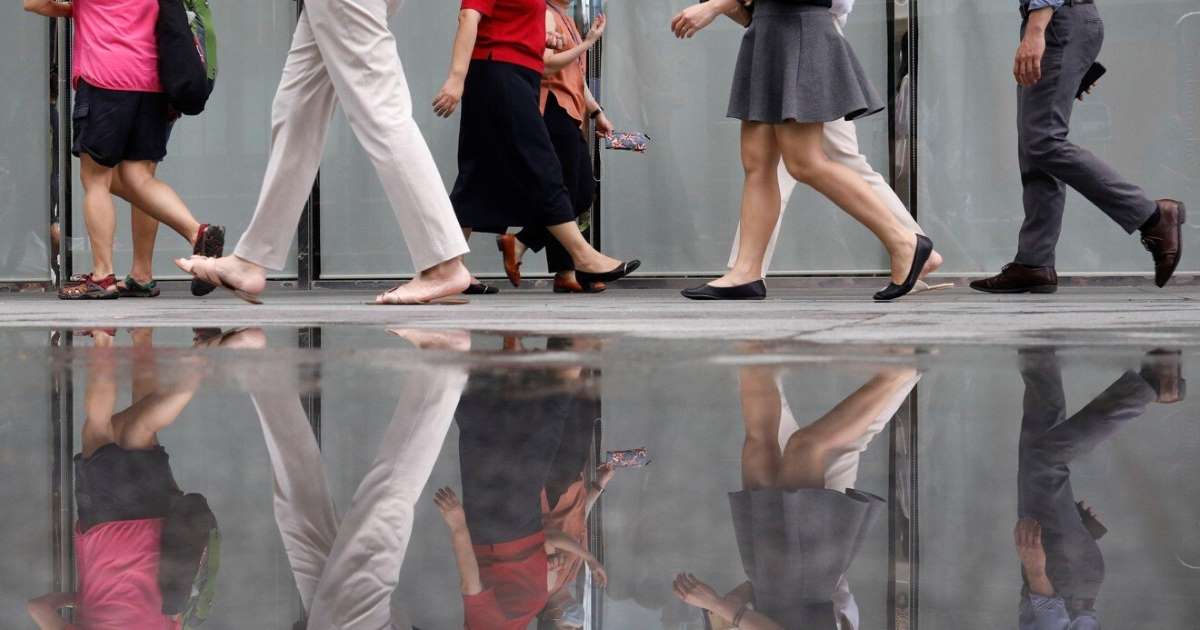 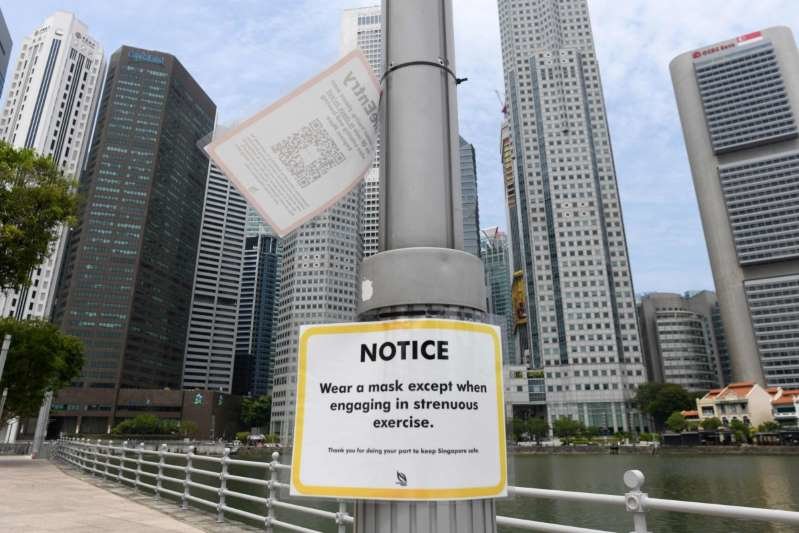 Singapore’s virus-hammered economy shrank almost 43 per cent in the second quarter, according to official data.

More than 300,000 workers in Singapore have seen their salaries shrink by over 10 per cent because of the Covid-19 pandemic, with lower income groups hit the hardest and workers aged 35-44 increasingly vulnerable to the economic fallout, according to DBS.

The island nation's largest bank revealed the data on Tuesday, after parsing anonymised March-May account data from 1.2 million customers who had their salaries credited into DBS accounts. About a third of the 300,000 affected workers saw wages plummet by more than 50 per cent, and a quarter saw incomes fall between 31 to 50 per cent.

Income deterioration was most severe for customers between the ages of 35 and 44, with more than half suffering a reduction of more than 30 per cent.

DBS senior economist Irvin Seah, lead author of the report, said the bank did not know the residency status of those affected since the data was aggregated to protect customers' identities, but that most would be Singaporeans and permanent residents.

The 1.2 million workers whose data was analysed represent more than half of the island nation's resident workforce, which came to 2.33 million people as of June last year, according to government statistics.

Seah said it was significant that so many workers had their salaries affected by more than 10 per cent, especially if this was overlaid with macroeconomic figures like retrenchments - about 10,000 in the first half of the year - and unemployment; resident unemployment is at 90,000 people.

"Even though some jobs have been saved (by government schemes), income has already been hit very quickly," he said. "And, in fact, the impact on income has been very broad based."

Those in higher income brackets were less affected, the bank said. It found that 75,000 account holders who normally had monthly salaries of under S$3,000 had been credited less than half that amount during the March to May period, while the fewer than 30,000 people who had monthly salaries of more than $10,000 saw pay cuts of between 11 and 30 per cent.

Seah said the phenomenon of job losses afflicting workers earning less than S$2,500 while the medium and high-income groups saw job gains had resurfaced during the Covid-19 crisis, after having previously been evident during the 2008 global financial crisis.

DBS also found that the original group of 300,000 whose pay had been affected by the pandemic did not have much savings, with 60 per cent of them having fewer than three months' worth of emergency funds. Of those, four in 10 had less than a month's salary in savings, though Seah acknowledged account holders could also have savings with other banks.

As expected, workers in the aviation, hospital, and food and beverage sectors were hardest hit by the pandemic's financial impact, while those employed by the government or in engineering, manufacturing or professional services were less affected. In March, 39 per cent of those in aviation saw incomes decline by more than 10 per cent - a group that grew to 63 per cent in April and 81 per cent in May.

Muhammad Yasser, 39, made S$2,800 a month prior to the pandemic as an executive at a transport company. His income supported his wife and six children, so when he lost his job because of Covid-19, the family was on tenterhooks.

Yasser declined to share how much he had in savings, but said the family relied on the Beyond Social Services NGO who "stepped in and helped quite a bit" with temporary financial aid. After two months, Yasser found a new job at the Ministry of Manpower, where he now makes S$3,600 a month, but said his peers were not as lucky.

"I have friends who were greatly affected by the current situation, especially those who are working in the food and beverage industry, and in pubs. A few of them turned to (the government) for temporary assistance," he said.

On the flip side, those with higher incomes and more savings are investing as the pandemic roils the economy. DBS is seeing retail investors put money into equities rather than bonds after equity prices dipped in March. "To these retail investors, it was risk-on instead of risk-off," said Seah, adding that they could decisively invest when prices fell as they had money set aside.

"If you have sufficient savings, that will definitely put you in a much stronger position, not only to tide through the crisis but also potentially for you to leverage on some opportunities that come with this crisis," he said.

Seah said given the pandemic's "highly regressive" nature, it could potentially widen the income gap in Singapore, and "more targeted (government) policy intervention may be required to provide calibrated assistance to those that are worst affected".

"Its impact on the various income groups has been disparate and uneven, and as we have found, skews unfavourably towards lower income earners," he said. 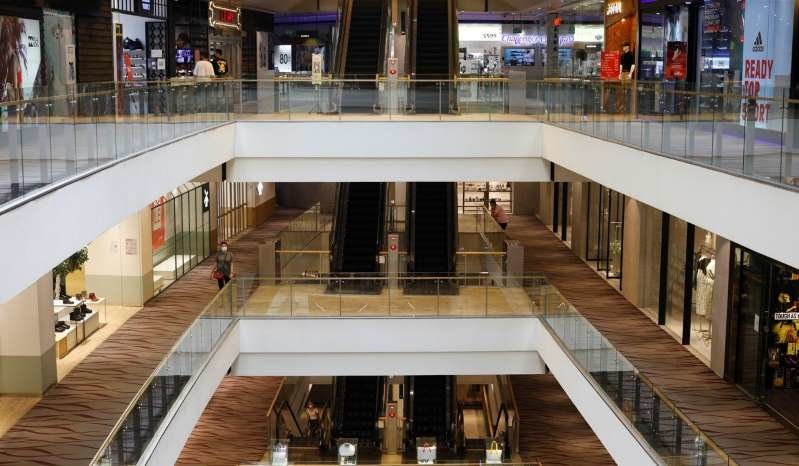 A largely empty shopping centre in Singapore in August 2020.

One disadvantage was that DBS would not know if the client used another banking institution, Theseira said, although he added it was "reasonable to infer that if someone has been salary crediting to DBS and the salary credit amount drops significantly, there is a good chance it is because their job earnings dropped and not because they switched banks".

He said while the data "cannot reliably be a measure of a person's total financial health" since it did not capture savings in other bank accounts, debt or informal assistance, policymakers would have to address the poor financial adequacy of lower-income households.

"It certainly points to the need to continue financial support measures for lower-income Singaporeans," he said. "What we are concerned about, for example, is whether a family with poor financial adequacy is tipped over the edge by a Covid-19 income shock and, as a result, goes into debt or has to make significant compromises with family consumption like reducing food quality or cutting expenses on children."

The uneven impact is not unique to Singapore. OCBC Bank economist Wellian Wiranto said he was seeing the same scenario in Indonesia, especially among workers in the informal sector, which "does not fit with the new work-from-home model".

He said the Indonesian government has rolled out stimulus packages that included cash handouts for those in lower income bracket, but disbursement of the funds had been "slow and patchy" with just 22 per cent of the 695 trillion rupiah (US$47 billion) stimulus paid out so far.

This article originally appeared on the South China Morning Post (www.scmp.com), the leading news media reporting on China and Asia.