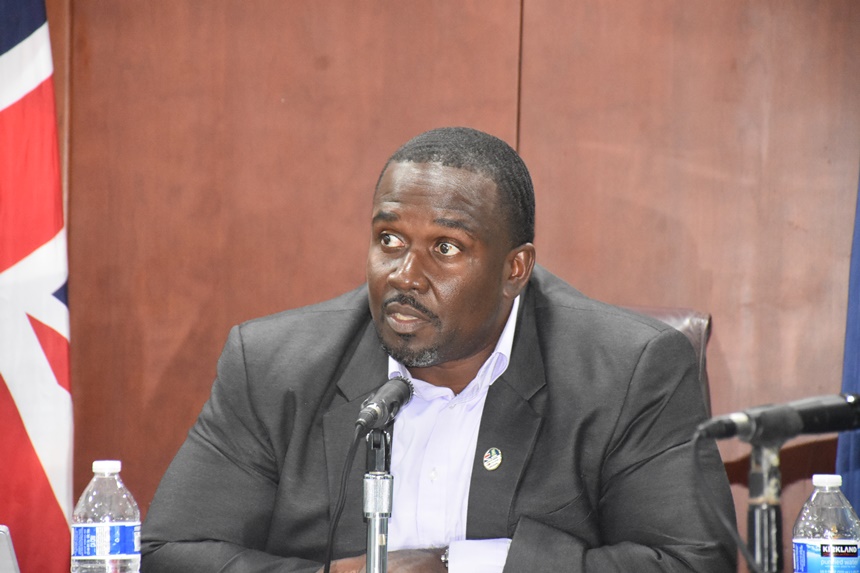 Leader of the Opposition Marlon Penn has said someone is not telling the truth as to whether the government and the cruise industry recently signed a Memorandum of Understanding (MOU) as cruise ships prepare to return to the BVI.
The question was recently put to Premier and Minister of Tourism, Andrew Fahie at a press conference and he denied signing any MOU. He described those reports as a rumour and the most ludicrous thing he has ever heard.

The Tourism Minister said he recently went to Miami to attend his daughter’s graduation and took it upon himself to let the cruise industry know the BVI is still open to cruise tourism.

Fahie said he just had casual talks with them.

However, Penn does not believe the Premier’s explanation.

Speaking on NDP Radio this week, Penn said when the Premier was away, Deputy Premier Dr Natalio Wheatley reported that an MOU was signed between Fahie and the cruise industry.

Penn said someone is not being truthful.

He continued: “That came from the Deputy Premier, who was Acting Premier, while the Premier was away on travel duty – well on private travel – and we saw pictures emerge on him [taking meetings] of the cruise industry and he is yet to report to the people on what those discussions were about, what decisions were made or what signings were done during his time away with Michelle Paige.”
#Fahie
Add Comment