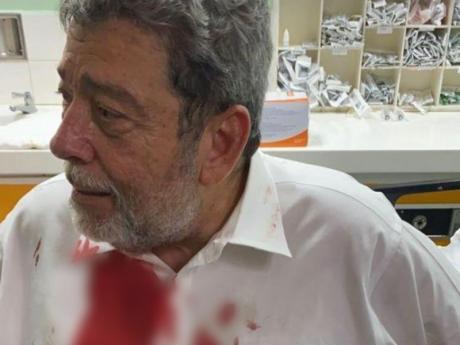 BVI News understands that the protest is against changes to the Public Health Act that would make COVID-19 vaccination mandatory.

Vaccination against other illnesses that trigger a public health emergency would also be mandatory under these latest changes.

According to regional media reports, Prime Minister Gonsalves was on his way back to parliament, where the amendments were scheduled to be debated on Thursday when the incident occurred.

Video circulating on social media shows blood to the right side of his head as he is rushed from the area.

Shouts of “shield, shield” could be heard as Prime Minister Gonsalves was covered by security forces after being hit.
#COVID-19  #Covid
Add Comment