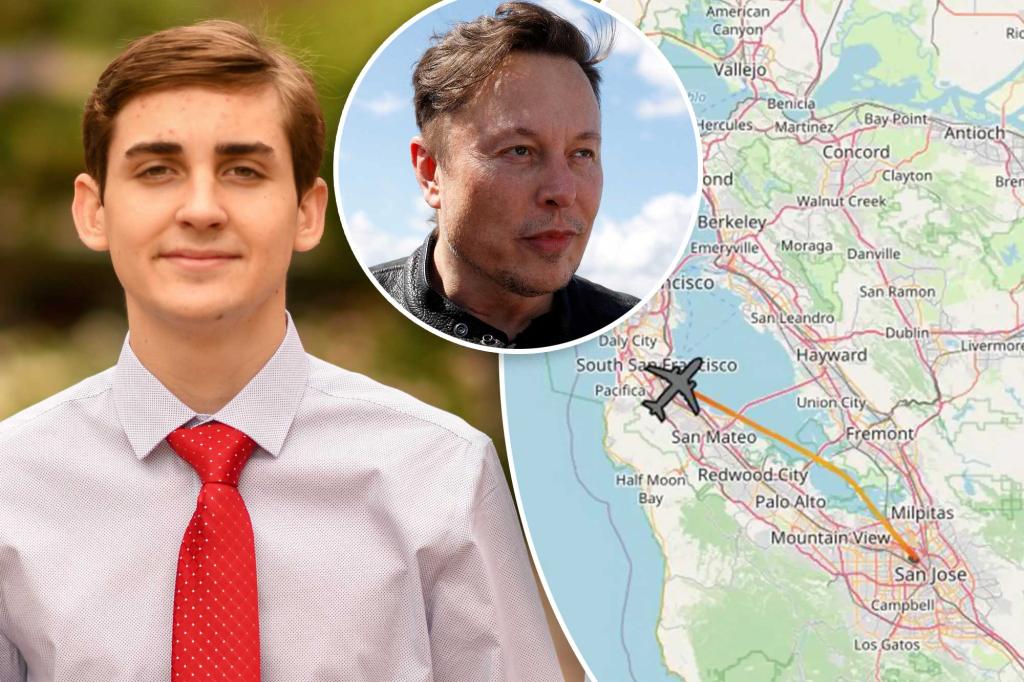 Elon Musk drew wrath this week for a nine-minute, 35-mile flight from San Jose to San Francisco — but it didn’t have to be this way.

The trip was tracked and exposed by @ElonJet, a Twitter account run by Jack Sweeney, a 20-year-old IT major at University of Central Florida in Orlando.

“If he let me fly with him on his jet, record it and talk about it — and maybe not even pay me the $50,000 [previously asked for] — I would take it down,” Sweeney said of Musk. “That is still up for discussion.”

Sweeney’s high-profile hobby uses public information snagged from the Internet to track the movements of private planes flying the likes of Tom Cruise and assorted Kardashians, a brace of Russian oligarchs and tech titans such as Bill Gates and Musk. He regularly posts their high-flying whereabouts to a series of Twitter accounts. In July his @CelebJets account busted Kylie Jenner for a 17-minute flight, which led to her being called a “climate criminal.”

But he has a particular soft-spot for Musk — even when the inventor makes life difficult for him. 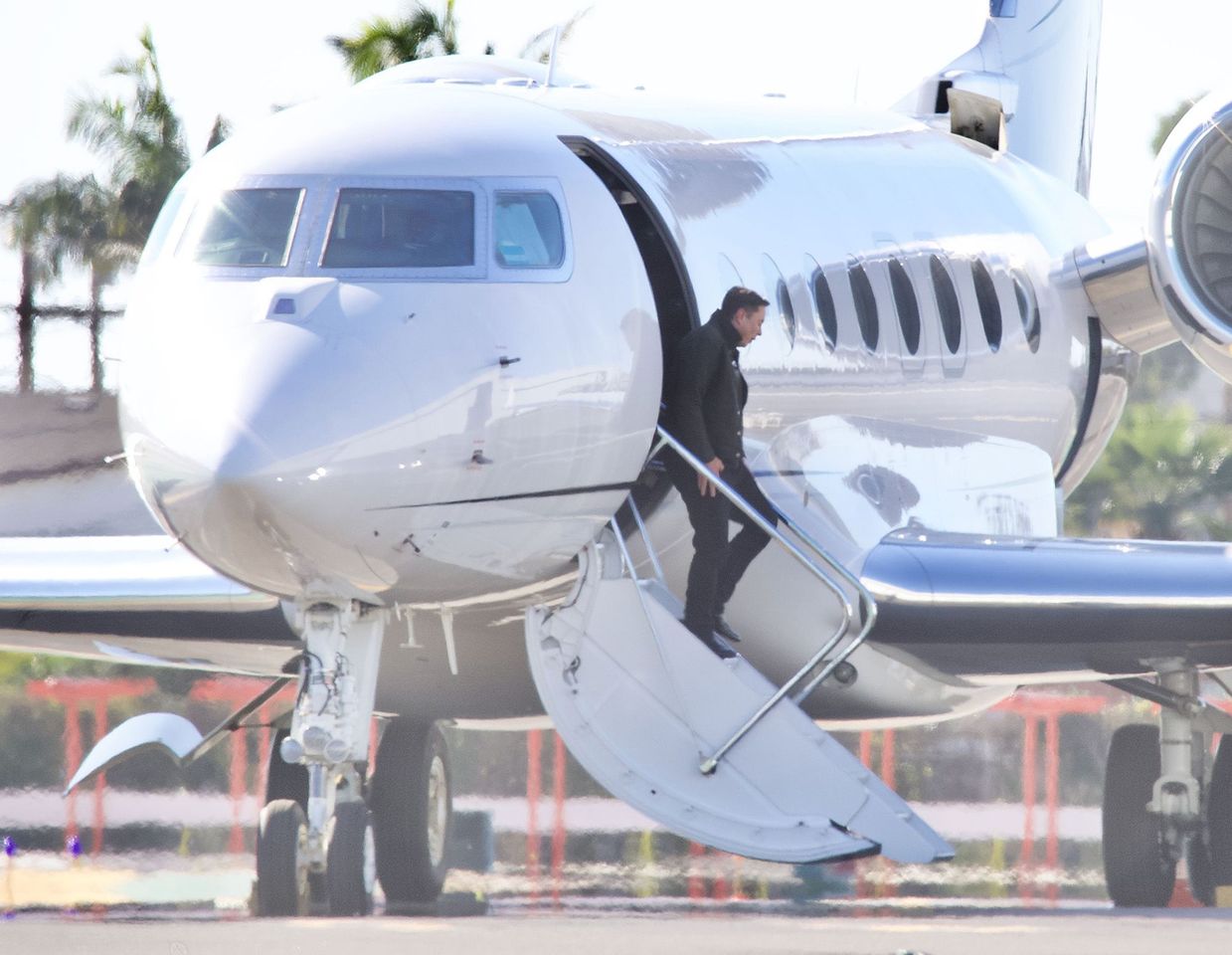 Elon Musk offered @ElonJet creator Jack Sweeney $5,000 to remove the Twitter account — which tracks the billionaire’s private jet — but Sweeney said he wouldn’t do it for less than $50,000. 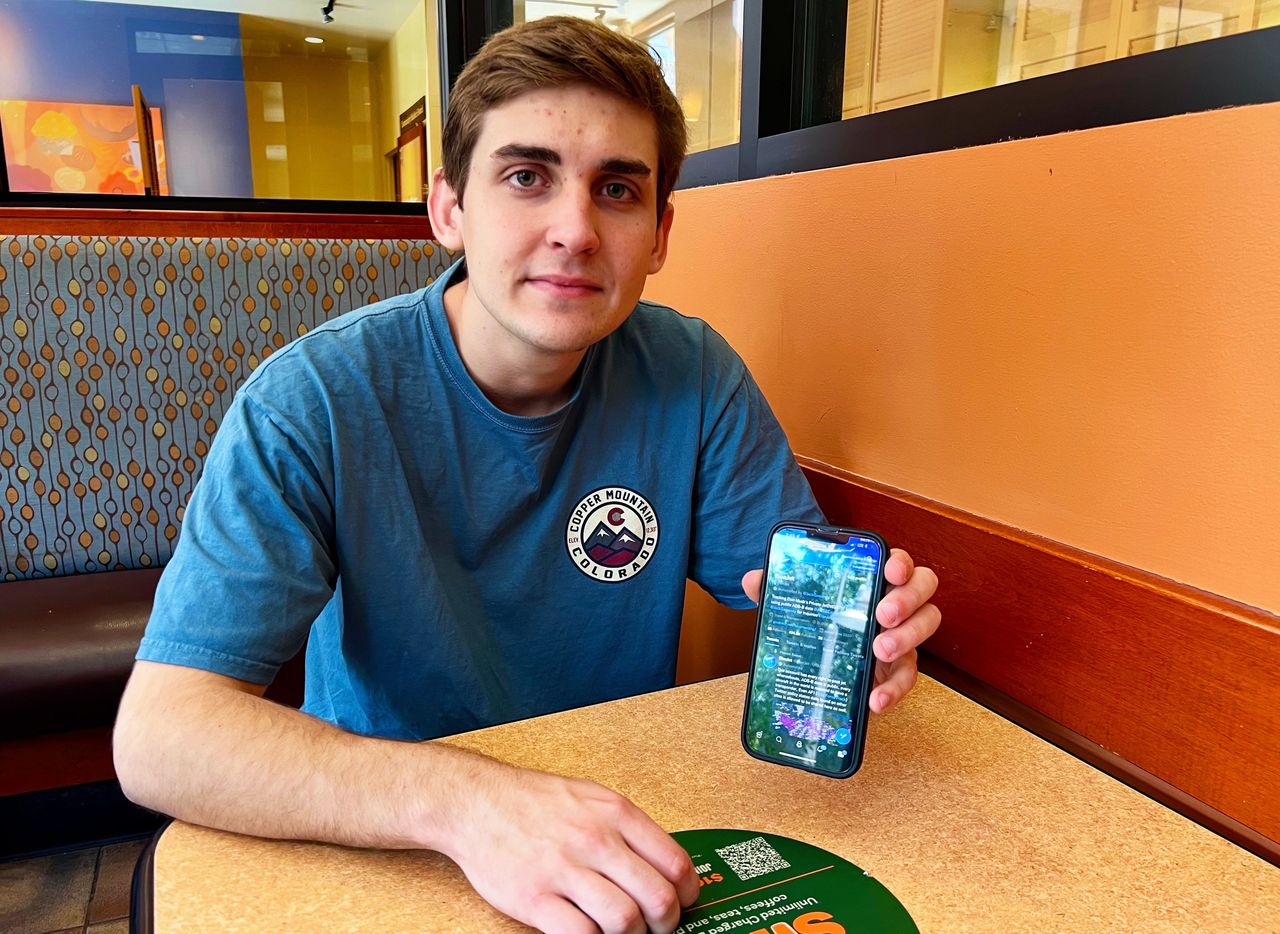 Sweeney started by following Musk’s jet, then expanded to another 30 accounts tracking the planes of billionaires and celebrities.

“His plane was in San Francisco for less than a day,” Sweeney told The Post of this week’s brief flight. “But it was hard to figure out because this was one of the flights where he had PIA [Privacy ICAO Address, which masks the plane owner’s identity]. It’s like having a license plate on your car that is registered to another name. It takes extra work to know where the jet is going.”

He hesitated for a beat and joked, “PIA is a Pain In the Ass.”

Since launching @ElonJet in 2020 — it has some 500,000 followers — Sweeney has become a pain in the posterior for the private jet crowd: He now has 30 bot accounts that follow hundreds of bold-faced names.

“The first interesting [tracked] flight of his was to Germany, in 2021, when they were doing the Gigafactory in Berlin,” Sweeney said of Musk. “When he went to Brazil, for something Starlink related, I was the first to know about it.

“When he went to Greece this summer, I saw when the flight took off. I figured he would be on a boat somewhere. It was funny to see him without a shirt on,” Sweeney said, referencing much-mocked photos of a pasty Musk on vacation. “I was glad to see Elon relaxing”

Last November, Musk offered Sweeney $5,000 to take down the account. 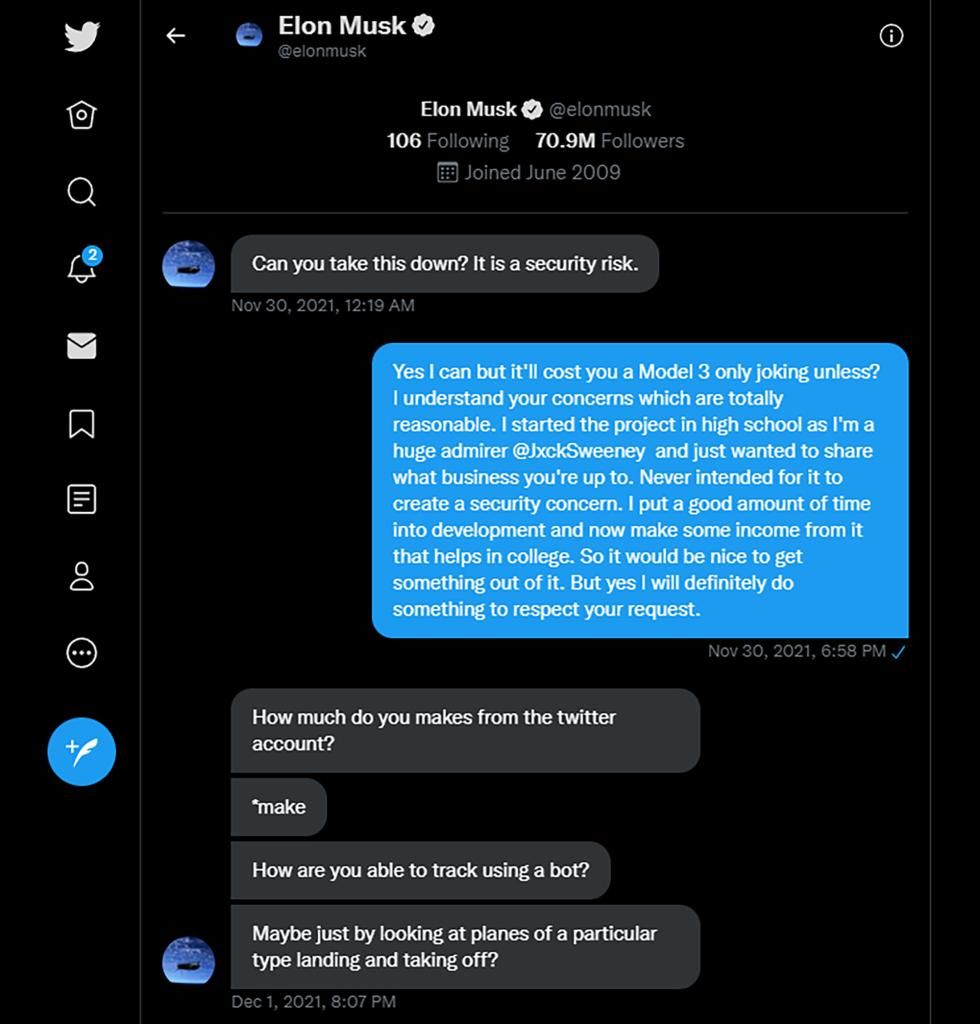 “It was pretty crazy,” said Sweeney. “You don’t expect to get a private message from Elon Musk. The first thing was him asking me to take it down because it was a security risk. Then he started asking how I got the information. It was cool to be explaining something to Elon. He offered to buy the account for $5,000” — in an effort to shut it down — “but I told him that if it’s not enough money to change my life I don’t want to sell it.”

Communication dropped off soon after Sweeney asked for $50,000.

Even if Musk did not want to part with the dough, others were willing to step up for him. “There’s a guy from a smart air-conditioning company who said he would give me $50,000 and some other stuff to take down the account,” Sweeney said. “Elon said he had an interest in making Tesla air conditioners. This guy hoped that Elon would notice and buy his company. But the offer did not come come from Elon, so it wasn’t the same thing. I turned it down.” 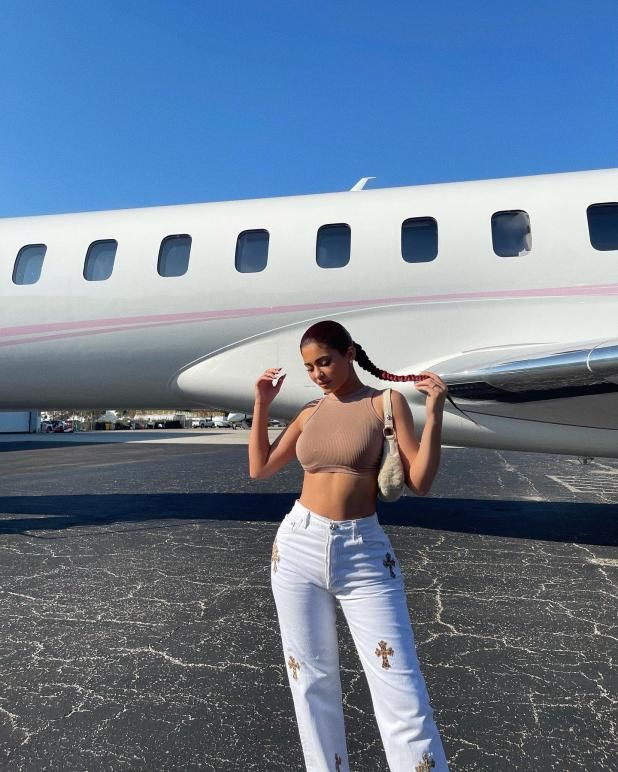 “It would have been cool to work things out with Elon,” Sweeney said. “But our conflict made [my accounts] blow up more on Twitter.”

While Sweeney has answered his followers’ request and installed a feature that tracks the carbon footprints of private aviation flights, he admitted he is not in this game to expose abusers of the environment. In fact, Sweeney said: “If I had the money, I would fly in my own jet. I’ve not yet flown private but I would love to.”

His motivation is more personal than environmental — or some statement admonishing billionaires — and he does not care what people think about that. 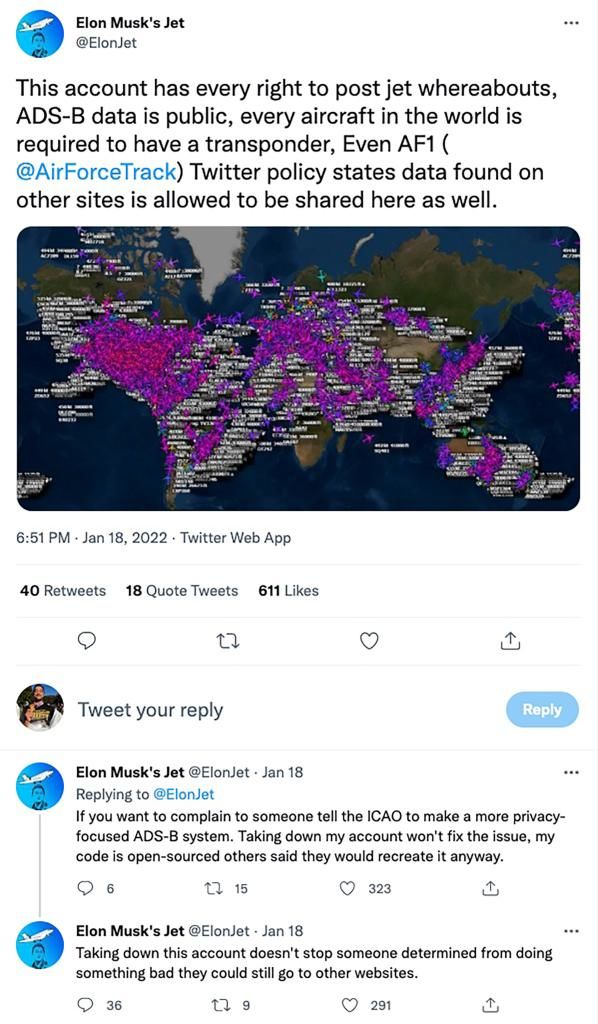 Even Musk has admitted that what Sweeney is sharing is public data.

“There are a fair amount of haters. They say I should stop tracking Elon since he wanted me to. They ask why I’m still doing it,” he said. “I do it because it is something I enjoy. I am not going to take it down for a minimal amount of money. I like seeing all the moving parts coming together and putting it out there for people to see. Plus it helps me to learn a lot about programming.”

Sweeney, who grew up in Clermont, Fla., and is the son of a kindergarten teacher and an airline maintenance controller, has also received an education in the dynamics of power.

“Elon has all these resources. So much money and control over so many things — he can put rockets and satellites into outer space — but he can’t stop me from tracking his plane,” said Sweeney. “It feels cool. He is one of the richest people on Earth and I am annoying him.” 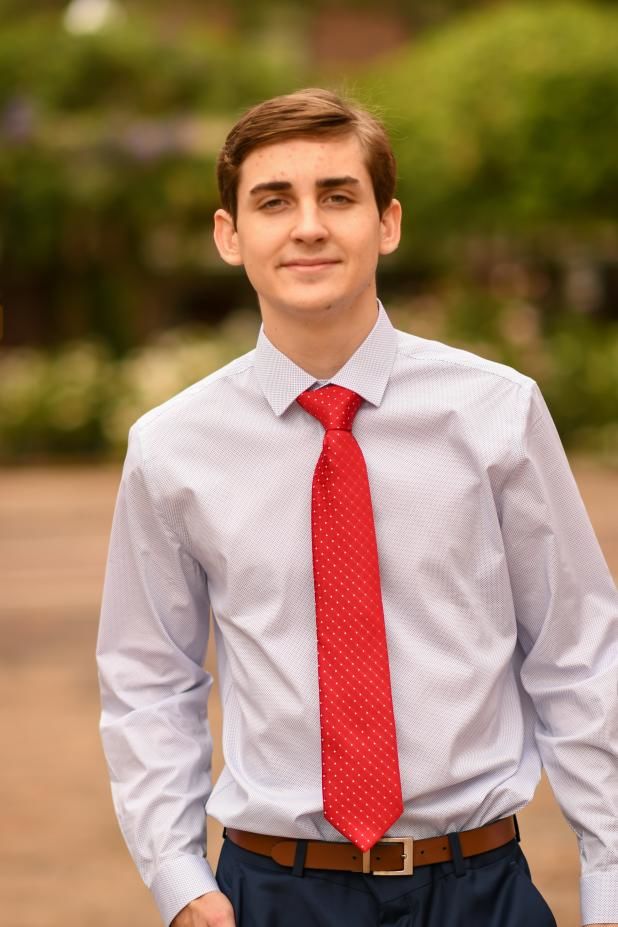 “It feels cool. He is one of the richest people on Earth and I am annoying him,” Sweeney said of Musk.

And it doesn’t hurt to have a little bit of notoriety. “I had a professor contact me on LinkedIn and invite me to the college’s hacking club. I have not yet gotten around to it,” said Sweeney, who is single. “Yesterday I was checking in for my apartment on campus and a girl there recognized me. They all know the story. It’s crazy.”

If Sweeney has a white whale in the sky, it is Apple CEO Tim Cook. “I wish Tim Cook was possible, but he is on a shared agreement with [charter jet pool] NetJets. When you have that, you use any of the planes that NetJets flies. I can’t track the one plane.

“If Elon was smart enough, he would have better hidden his plane. I guess Tim Cook is smart about that. If he gets his own jet, I’ll track him.” 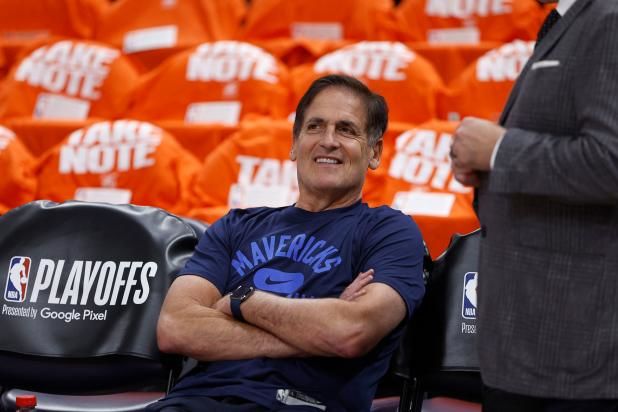 Sweeney struck a deal with Mavericks owner Mark Cuban to stop tracking his flights — if Cuban takes him to a game.

But if you make a deal with Sweeney to get eyes off your jet travel, you better keep it.

This past February, NBA team owner Mark Cuban asked Sweeney to take down his page for security reasons — and they struck an agreement.

“I asked to go to a Mavericks game with Cuban,” Sweeney recalled. “He said, ‘Next season.’ If he re-negs, we’ll see what happens. I’ll bring his page back up. But, honestly, he had only 100 followers.”