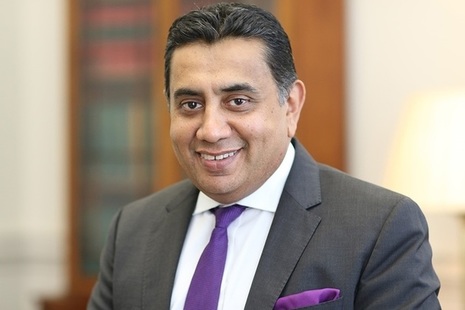 British overseas territories stand on the precipice of historic moments including the rollout of Covid-19 vaccines, the implementation of Brexit, and the fallout from the United Kingdom’s decision to cut foreign aid by a projected $4 billion in response to economic hardship caused by the pandemic.

Baroness Liz Sugg, former minister for OTs and sustainable development at the Foreign, Commonwealth and Development Office, officially tendered her resignation in a Nov. 25 letter decrying the withholding of foreign financial assistance as “fundamentally wrong.”

At the time, international news sources anticipated that the UK government would appoint a new minister within a few weeks. The UK has not yet announced a permanent replacement, but Governor Gus Jaspert told the Beacon last week that Lord Tariq Ahmad, the current minister of state for South Asia and the Commonwealth, has been serving in the role on a temporary basis.

“Lord Ahmad, who was the overseas territory minister previously, is covering that responsibility now,” Mr. Jaspert said in an interview. “Now, obviously, things may change in the future, but he is very experienced; he is a very, very firm advocate and supporter of the overseas territories — and, … particularly for the BVI, has been in the past. He’s very, very engaged, and he will be supporting us as we go forward.”

Ms. Sugg assumed the role after Mr. Ahmad last February. She then resigned in late November, the same week OT and UK leaders came together virtually for their annual Joint Ministerial Council meetings.

The resignation came shortly after UK Chancellor of the Exchequer Rishi Sunak, who was appointed in February, announced on Nov. 25 that the country’s foreign aid spending would be reduced from 0.7 percent to 0.5 percent of the national income despite what was promised in the Conservative election manifesto, equating to a $4 billion difference.

She wrote in her resignation letter that significant spending cuts already occurred during the worst of the economic downturn, and she “did not believe we should reduce our support further at a time of unprecedented global crisis.”

“[Providing foreign aid] has also been firmly in our national interest as we tackle global issues, such as the pandemic, climate change and conflict,” Ms. Sugg added. “Cutting UK aid risks undermining your efforts to promote a global Britain and will diminish our power to influence other nations to do what is right. I cannot support or defend this decision. It is therefore right that I tender my resignation.”