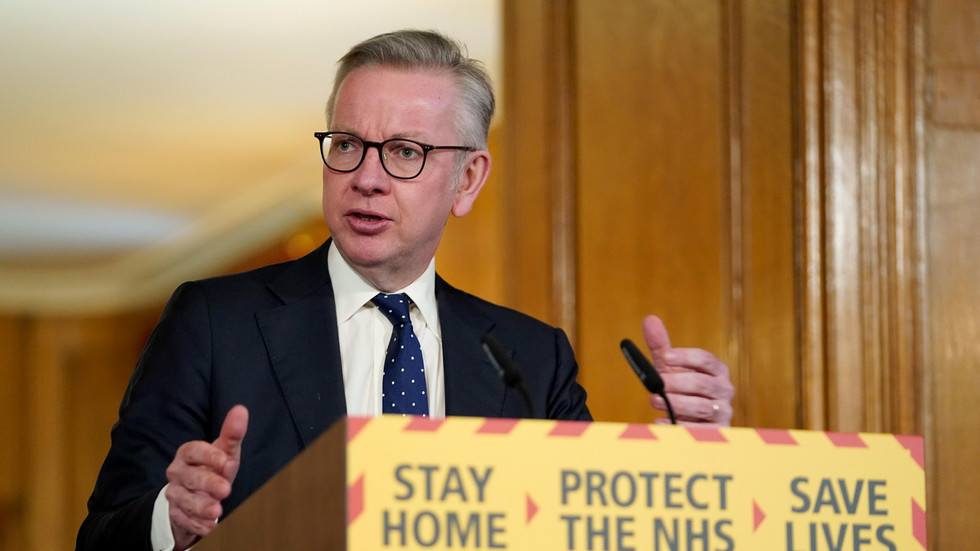 Test for me but not for thee: UK’s Gove under fire as daughter skips virus-test queue

UK Cabinet minister Michael Gove is under fire after his daughter was granted permission to skip the coronavirus testing queue, in the latest example of there being one rule for the powerful and another for everyone else.

Gove’s 17-year-old daughter began showing mild symptoms on April 5, and the family received special permission from Chief Medical Officer Chris Whitty to have her tested the following day, along with orders to stay indoors for a period of 14 days.

The teenager’s results later came back negative, but the incident was yet another example of the rich and powerful appearing to jump to the top of the queue while the wider public is told that only the most vulnerable and most at-risk were being tested for the time being.

“I will have reservations about it being one rule for some and another for everyone else. Those tests are obviously in short supply,” Gove’s opposite number in the Shadow cabinet, Rachel Reeves said.

The backlash wasn’t limited to the political realm; many took to social media to slam Gove for the double standards. “Why was he able to get a test for his daughter to allow him back to work - when so many health workers can’t?” broadcaster Piers Morgan asked, while sports journalist Konstantinos Lianos added: “Such a shame that all those heroic NHS frontline workers, that saved the Prime Minister's life, are not related to Michael Gove.”

Will our NHS and care staff get “special permission” for tests for themselves and their families too? I won’t hold my breath for a reply from ⁦@MattHancock⁩ or ⁦@michaelgove⁩... https://t.co/2dJf7t0lC6

Just wondered if Michael Gove's daughter is an essential worker? She manages to get tested but doctors, nurses and care home staff can't get the same opportunity. Shouldn't they be a priority? pic.twitter.com/zDnKrYfszs

The UK currently has over 89,500 confirmed cases and its virus-related death toll stands at 11,347. On Friday, Health Secretary Matt Hancock claimed the UK was on target to reach 100,000 tests per day by the end of April, yet Prince Charles and his wife the Duchess of Cornwall Camilla Parker Bowles were both tested as soon as the Prince of Wales, 71, began showing symptoms. Thousands of NHS workers and sick Britons had been and continue to be denied access.

Tests are only to be administered if patients “have a serious illness that requires admission to hospital.” While both Charles and Camilla are both over 70 years of age, placing them in an at-risk demographic, neither are believed to have any serious underlying health conditions.

THIS is unbelievable! But, in the UK you can't find enough tests for NHS staff, let alone the homeless (no disrespect meant)https://t.co/GqxYilUm5L

“From the information I have been given it was clear he was tested for clinical reasons,” Scotland’s Chief Medical Officer Catherine Calderwood said.

However, it is not just the politically powerful or indeed royalty that have been criticized for skipping the queue at a time of international crisis. Everyone, from actors Daniel Dae Kim and Idris Elba to NBA star Kevin Durant, along with the entire roster of the Brooklyn Nets, managed to get coronavirus tests on-demand.

Soon after, the Los Angeles Lakers, Philadelphia 76ers, and the Boston Celtics all secured testing for their players, despite their rosters being asymptomatic.

“An entire NBA team should not get tested for Covid-19 while there are critically ill patients waiting to be tested. Tests should not be for the wealthy, but for the sick,” New York Mayor Bill de Blasio said at the time.

Heidi Klum and Kris Jenner also announced their negative test results, showing that enough fame and fortune can get you early access, even at the most trying times for humanity.