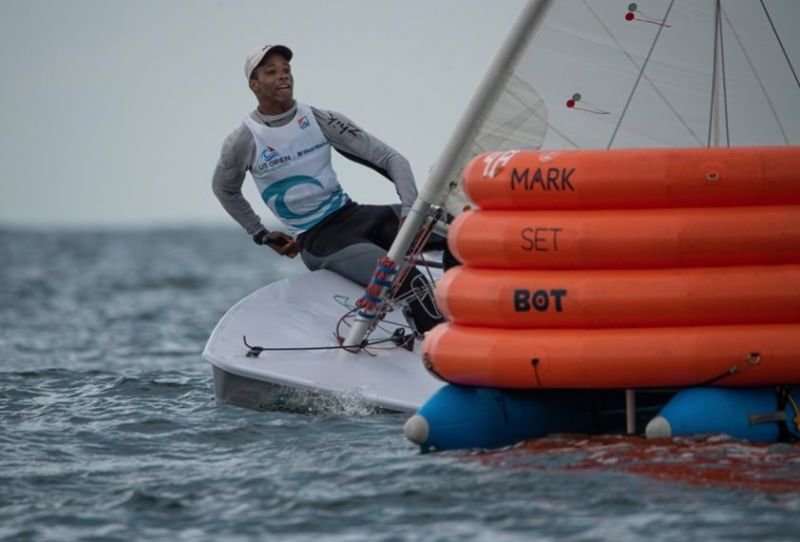 The Virgin Islands' top Laser sailor, Thad A. Lettsome was back in action this past weekend at the West Marine US Open Sailing Series in Fort Lauderdale, Florida, where 140 Laser sailors across three fleets took to the water from January 15-18, for the first major event of 2021.

The first event of the year for Lettsome, who took on 41 other sailors from 12 nations from Canada to Chile, was set to be the stiffest competition that the western hemisphere has seen in over 14 months. With the Tokyo Olympics looming on the horizon this event was to be a test of skills for some of the regions top athletes.

Four days of racing were scheduled and a total of 10 races but with fickle and challenging conditions, the Race Committee was forced to call off racing on day one and send the sailors back ashore.

On day two, wind, sea state and current were very challenging for all competitors, as gusts of 20-22 knots came down from the west creating a highly variable race track. Lettsome came off the starting line in good form in the first two races, putting up his best two scores of the series with a 14th in race 1, and a 15th in race 2.

Patience was a key component in both races, as the wind was shifting upwards of 4-5 times each windward leg. In the final race of the day, a large wind direction change led Lettsome to the wrong side of the racetrack leaving him clawing back at the competition to secure a better position. Passing an impressive 12 boats on the final leg, he finished a hard-fought 29th in race 3. 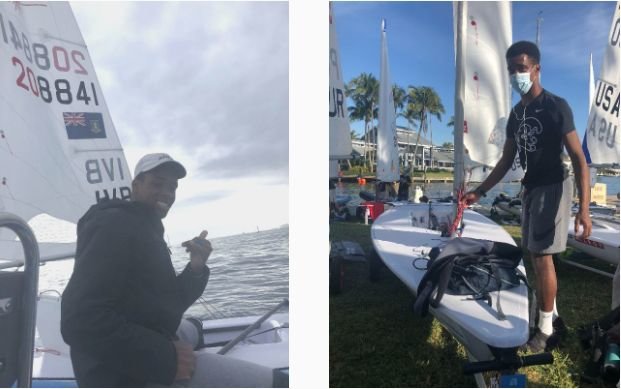 The first event of the year for Thad A. Lettsome, who took on 41 other sailors from 12 nations from Canada to Chile, was set to be the stiffest competition that the western hemisphere has seen in over 14 months.

On day three of the competition, the Race Committee again struggled with light and variable conditions. After five hours of waiting on the Atlantic Ocean, the first race was started in a light 5-8 knots, with directional changes of 30-40 degrees. Lettsome once again proved that he is a masterclass in regard to starting, coming off the start line in great form to round the first turning mark in 8th place overall.

Unfortunately, on the final leg, Lettsome found himself in a 'rip current' that saw him fall down the leaderboard to finish in 27th in what would be the only race of the day.

On the final day of competition, the sailors were greeted by a new wind direction, with another light and variable day with winds coming out of the North. In race one, just seconds after the start, the World Sailing Umpires penalised Lettsome with a 720degree spin having judged him to have used an illegal 'pumping' manoeuvre at the start. This left him few options to get back into the race and required an epic come from behind game of catch up. Ultimately he was able to pass ten boats to finish a disappointing 32nd, his worst score of the series. 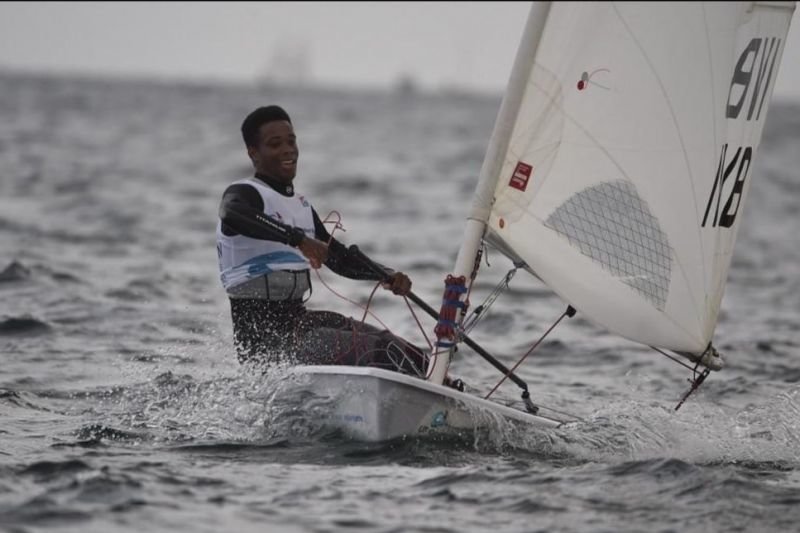 With lots to build up and work on, Thad A. Lettsome is now looking forward to the next major competitions.

Lettsome finishes ahead of US Olympic champion

The final two races of the regatta were also challenging with Lettsome again finding himself on the incorrect side of the racecourse. In the final race of the day, Lettsome and US Olympian Charlie Buckingham both executed fantastic starts and lead up the course on the right side of the beat. Both were blindsided by a 40-degree shift to the left leaving them rounding the first turning mark in the 30's. Lettsome's bad luck finally wore off and a lot of hard work saw him pass 15 boats on the final run of the race.

He ended up securing a respectable 18th. The impressive feat was even sweeter as he finished ahead of Buckingham.

After seven races, Thad finished 27th overall, and 4th in the under 21 division.

While the final result may not have met his goal of top 15 overall, he did execute his process goals, one of which was creating world-class starts in each race.

Guatemalan sailor, and 3-time Olympian Juan Mageli, took the overall win in the first competition of 2021. Second was 2021 Olympian Pancho Guanavara from Argentina, and third, 2-time Olympian, Charlie Buckingham from the USA.

With lots to build up and work on, Lettsome is now looking forward to the next major competitions.