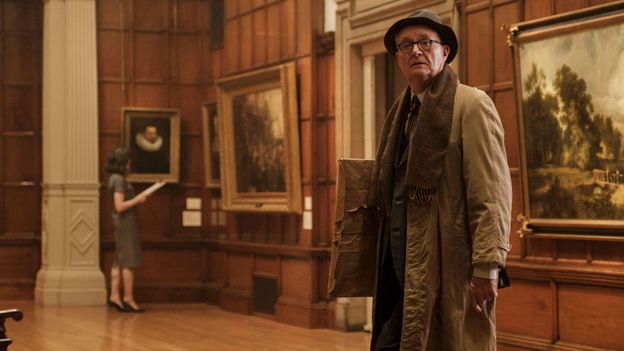 The bus driver who confessed to stealing a Goya masterpiece

In 1961, a portrait by the artist vanished from the UK's National Gallery. As The Duke, a film about the theft, is released, Nicholas Barber tells the story of an incredible art heist.

An hour and a half into the first James Bond film, 007 is strolling through the swanky secret headquarters of the eponymous villain, Dr No, when he pauses to admire a painting on a gilded easel. The moment passes so quickly that today's viewers barely notice it, but to cinema-goers in 1962, this would have been one of the film's sharpest jokes. The painting, a portrait of the Duke of Wellington completed by Francisco Goya in 1814, had been stolen from the National Gallery in London in 1961. Nobody knew who had taken it or where it was, so the idea that it might have fallen into the robotic hands of a megalomaniacal SPECTRE agent seemed as plausible as any other.

This was, after all, a mind-boggling heist. The painting had been owned by John Osborne, Duke of Leeds. He sold it at auction to an American collector, Charles Wrightsman, for £140,000, but the British Government was loath to let it leave the country, so the Treasury teamed up with a charity, the Wolfson Foundation, and matched Wrightsman's bid: £2 million in today's prices. The Goya portrait was suddenly the most famous painting in Britain. Visitors flocked to the National Gallery to see what all the money had been spent on, and security was tight. And yet, shortly before the Gallery opened on the morning of 21 August 1961, the guards realised that the painting had been spirited away. They didn't spot any intruders, no damage was done, and there were no traces of any equipment or weapons on the scene. But the Goya was gone. Nothing like this had happened before in the gallery's 138-year history. If Dr No wasn't responsible, then the culprit had to be a similarly cunning, experienced, and well-funded international criminal mastermind. 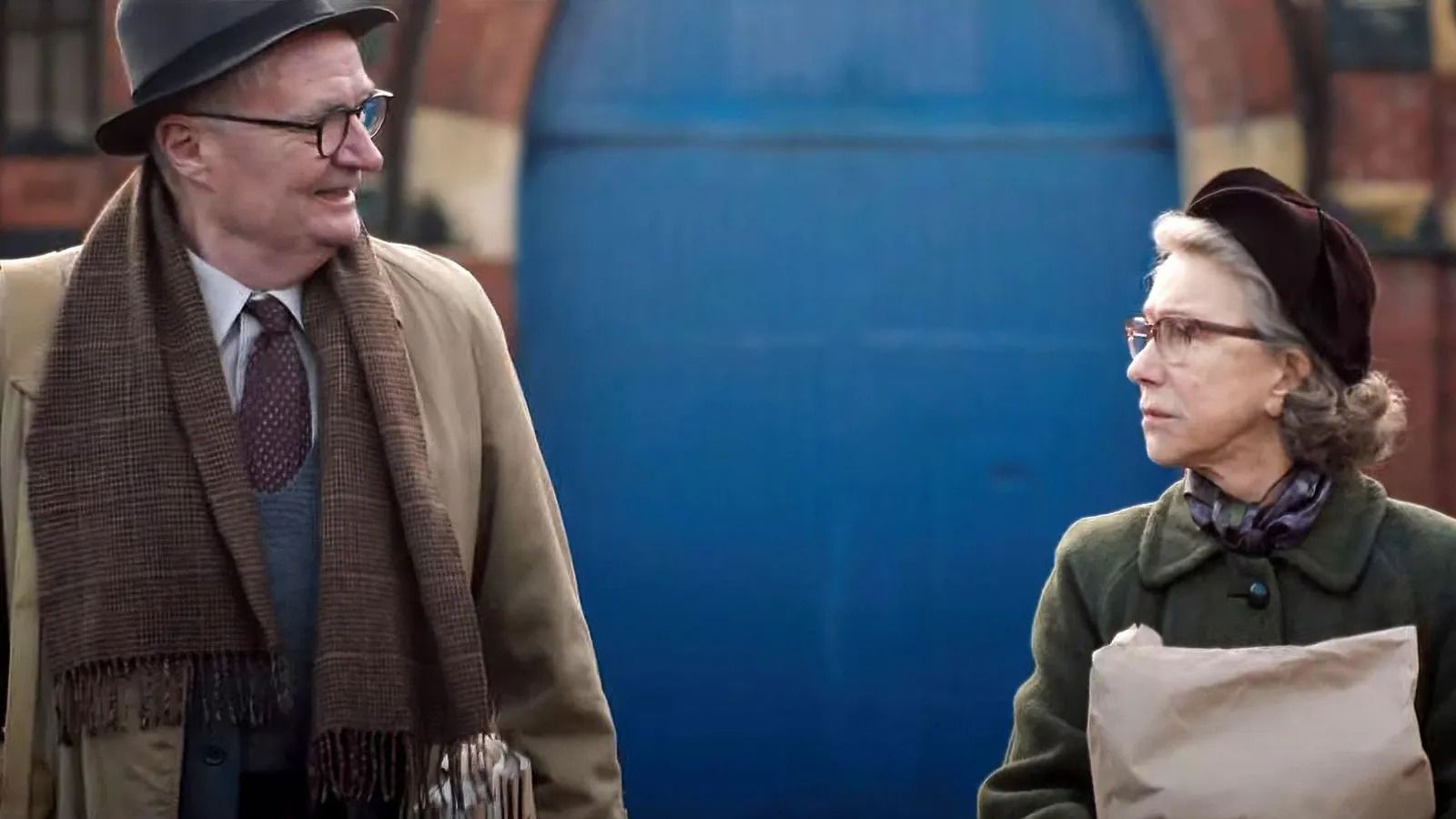 The Duke stars Jim Broadbent as Kempton Bunton, who said he had stolen the painting as a protest against TV licences, with Helen Mirren as his wife

That was the theory, anyway. But in November 1965, a 61-year-old retired bus driver from the Northern English city of Newcastle upon Tyne stood up in London's Central Criminal Court and declared that he had taken the painting. He had never intended to keep it, he added. "My sole object in all this was to set up a charity to pay for television licences [which fund the BBC in Britain] for old and poor people who seem to be neglected in our affluent society."

This wasn't the story of a malevolent Dr No or a glamorous Thomas Crown committing the perfect crime, but of a chap named Kempton Bunton who embodied British eccentricity, underdog rebelliousness, have-a-go spirit, absurd luck, and sheer bloody-minded cheek. And now the stranger-than-fiction tale of the world's most unlikely fine-art thief has been made into a sparkling comedy drama, The Duke, starring Jim Broadbent as Bunton and Helen Mirren as his long-suffering wife. One of its executive producers is Chris Bunton, Kempton's grandson. "It was always a story of working-class struggle," Chris tells BBC Culture. "The family didn’t have two pennies to rub together, they were dealing with poverty as well as a lot of tragedy, and that influenced their psyche and their decision-making process. It's unlike any other heist."

A dreamer and activist

Kempton Bunton was a local character in Newcastle long before the theft of the Goya. He was regularly fired from jobs for speaking up for his colleagues against the management, he was an aspiring playwright whose scripts were invariably rejected by the BBC, and he was an activist who saw television as a lifeline for lonely pensioners, especially veterans of World War One, such as his own father. In Britain, it was illegal to own a television without paying an annual licence. Feeling that the fee was too high for poorer people, Bunton protested by refusing to pay his own licence fee, and, as a result, he had three short spells in prison in 1960. "I loved the fact that Kempton had dreams beyond his station," says Nicky Bentham, the producer of The Duke. "And he held on to those ideals, this sense of community, and this idea that one person could make a difference. I thought it was wonderfully uplifting and inspiring that he finally got a platform to share what he wanted to say with the world."

But, as his grandson says, Bunton's life was rocked by tragedy, too. Directed by the late Roger Michell, and scripted by Richard Bean and Clive Coleman, the film ascribes his wayward behaviour to the grief and guilt he felt about the death of his daughter, Marion, in a cycling accident when she was a teenager. "I'm not saying that that justifies what he did," says Chris, "but it was horrendous, really." 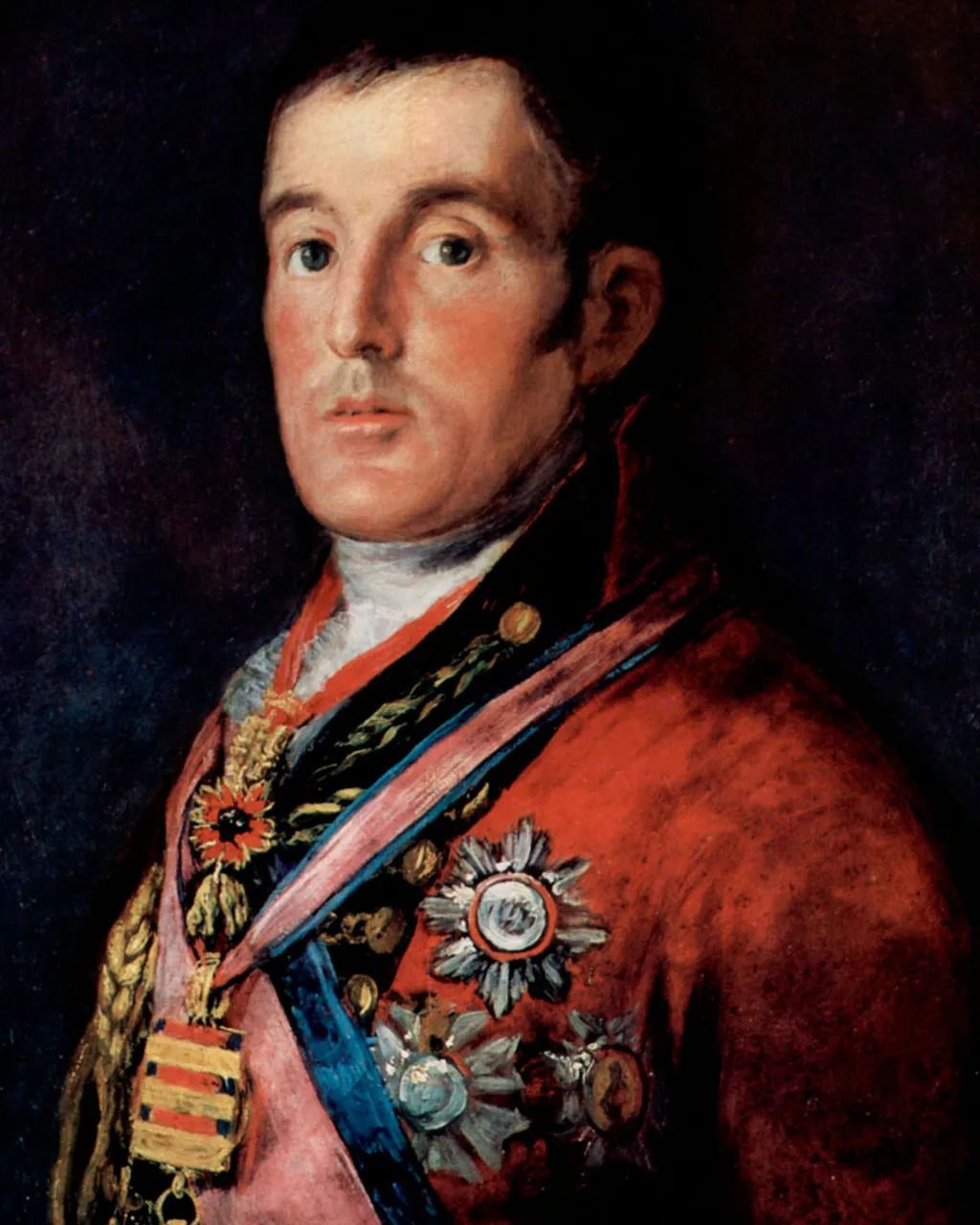 At the time it was stolen, Goya's portrait of the Duke of Wellington was the most famous painting in Britain

In 1961, Bunton would later tell the court, he heard that the government had paid a fortune for one small painting, and it didn't seem fair. He went to the National Gallery to see what all the fuss was about, he explained, and saw that builders who had been doing some renovations had left a ladder lying in the street outside. A window in the men's toilets had been left unlocked. And the alarm system was switched off every morning when the cleaners came in. Soon, the Goya wasn't on display in Dr No's lair, it was stashed behind a wardrobe in Bunton's council house in Newcastle.

There had never been a heist of this kind in the UK, so the police didn't know how to deal with it. Art heists elsewhere had been attributed to very well-established organised crime syndicates, and so that was the assumption – Nicky Bentham

The authorities were baffled. Newspaper articles speculated that a gang of Italian crooks was behind the heist, or perhaps a thrill-seeking aristocrat. Bunton sent anonymous notes to various newspapers himself, promising that he would return the painting if £140,000 was donated to charity. But the police's enquiries didn't take them anywhere near this working-class Robin Hood. "The gap between the establishment and the life of a bus driver in Newcastle was just vast," says Bentham. "But also, there'd never been a heist of this kind in the UK, so they didn’t know how to deal with it. Art heists had happened elsewhere, and they had been attributed to very well-established organised crime syndicates, and so that was the assumption."

Eventually Bunton decided that enough was enough. In May 1965, he took the painting to the left luggage office at Birmingham New Street station, and posted the receipt to the Mirror newspaper. Six weeks after that, he marched into New Scotland Yard and announced that he was the thief, and he used the subsequent trial as an opportunity to lecture the public about television licence fees. Because he had returned the painting, he was found not guilty of stealing it, but guilty of stealing the frame it had been in, which had since been lost. He spent three months in prison, content in the knowledge that he had made his political point – and that he had outsmarted the country's most brilliant criminal investigators.

The twist in the tale

Remarkably, that's not the whole story. The truth was that Bunton had outsmarted those investigators in more ways than one. Anyone who hasn't seen The Duke yet should stop reading now because it has a big twist towards the end. The person who pinched the Goya wasn't Bunton at all. The actual culprit was his 20-year-old son, John, a boat repairman. In 1969, he belatedly turned himself in, but the Director of Public Prosecutions deemed that as there was no other evidence available, it was simpler to brush the matter under the carpet. Besides, Britain's legal establishment wanted to avoid any further embarrassment. "If they tried John for the crime," says Bentham, "they would have to call Kempton back to the stand and have him admit to perjury, and they just didn't want to give him a platform again." 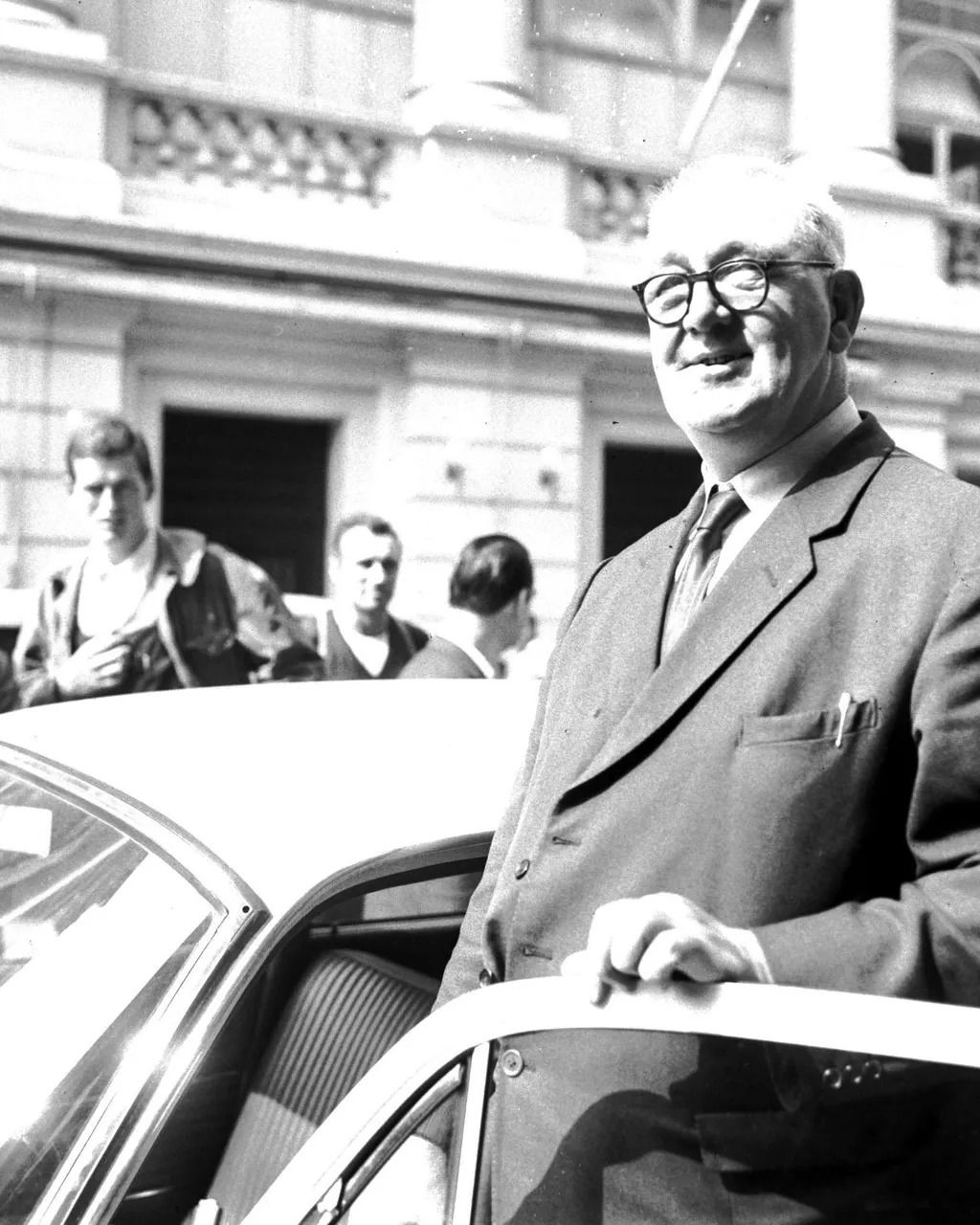 It wasn't until 2012 that a confidential file detailing John's confession was released to the public. "My dad never expected to get away with it," says Chris, the son of John, who is now aged 80. "It was an idea, that's all it was. He was working in London at the time, living in a rented room, and he wondered if it was possible. He saw the open window in the bathroom and the ladder behind the gallery, and one thing led to another." John was in and out of the gallery within a few minutes of 5.50am. Having wedged the painting on to the back seat of his car, and driven it up the road to his lodgings, he thought that his cash-strapped family might get a few thousand pounds from the insurance company as a ransom payment, and that Kempton's licence-fee campaign would be publicised. "My dad looked up to Kempton," says Chris. "He was the one person who always supported him."

In return, Kempton supported his son. When he sent those notes to newspapers asking for a charitable donation, he hoped that they would put John in a better light if he was arrested. And then he insisted on taking the blame for John's crime himself, an act of heroism of which James Bond might have approved.

"Kempton was a flawed character," says Chris. "He wasn't the best father or the best husband, but he did this extraordinary thing to save his son. If my dad had gone to prison at that age, it would have ruined his life, so I was glad that the film focused on that. Yes, Kempton had the goal of supporting his campaign, but his main goal was to do the right thing for his family."