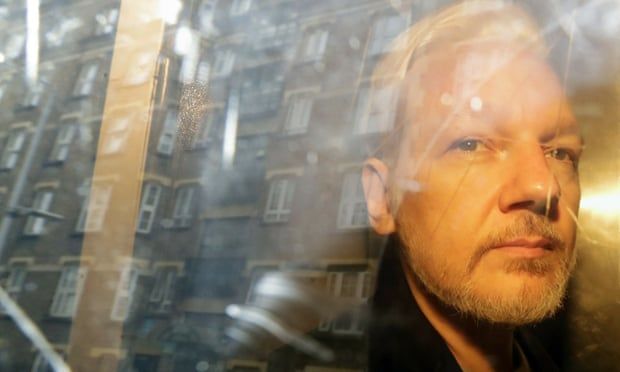 The Guardian view on Julian Assange’s extradition: a bad day for journalism

Editorial: Priti Patel could have turned down the American request. By not doing so she dealt a blow to press freedom
The decision by Priti Patel, the home secretary, to extradite the WikiLeaks founder Julian Assange to the US ought to worry anyone who cares about journalism and democracy. Mr Assange, 50, has been charged under the US Espionage Act, including publishing classified material. He faces up to 175 years in jail if found guilty by a US court. This action potentially opens the door for journalists anywhere in the world to be extradited to the US for exposing information deemed classified by Washington.

The case against Mr Assange relates to hundreds of thousands of leaked documents about the Afghanistan and Iraq wars, as well as diplomatic cables, which were made public by WikiLeaks, working with the Guardian and other media organisations. They revealed horrifying abuses by the US and other governments that would not otherwise have been disclosed. Despite claiming otherwise, US authorities could not find a single person, among the thousands of American sources in Afghanistan and Iraq, who could be shown to have died because of the disclosures.

Mr Assange, who has a reputation for being a brilliant but difficult character, has suffered enough. Until 2019 Met police had waited seven years for him to emerge from the Ecuadorian embassy in London. Since then he has spent three years in Belmarsh high-security prison without being convicted of any crime. Mr Assange should have been given bail to be with his wife and their two young children. To keep track of him, the authorities could have insisted that he be electronically tagged and monitored.

The use of the Espionage Act to prosecute him should be seen for what it is: an attack on the freedom of the press. As the Knight First Amendment Institute’s Carrie DeCell wrote in 2019, when the charge sheet was published, “soliciting, obtaining, and then publishing classified information ... [is] what good national security and investigative journalists do every day”.

Ms Patel could have turned down the American request. Britain should be wary of extraditing a suspect to a country with such a political justice department. Her predecessor Theresa May halted the extradition proceedings of Gary McKinnon, who hacked the US Department of Defense. The UK could have decided that Mr Assange faces an unacceptably high risk of prolonged solitary confinement in a US maximum security prison. Instead, Ms Patel has dealt a blow to press freedom and against the public, who have a right to know what their governments are doing in their name. It’s not over. Mr Assange will appeal.

The charges against him should never have been brought. As Mr Assange published classified documents and he did not leak them, Barack Obama’s administration was reluctant to bring charges. His legal officers correctly understood that this would threaten public interest journalism. It was Donald Trump’s team, which considered the press an “enemy of the people”, that took the step. It is not too late for the US to drop the charges. On World Press Freedom Day this year, the US president, Joe Biden, said: “The work of free and independent media matters now more than ever.” Giving Mr Assange his freedom back would give meaning to those words.
#Donald Trump  #Afghanistan  #Priti Patel  #Joe Biden
Add Comment