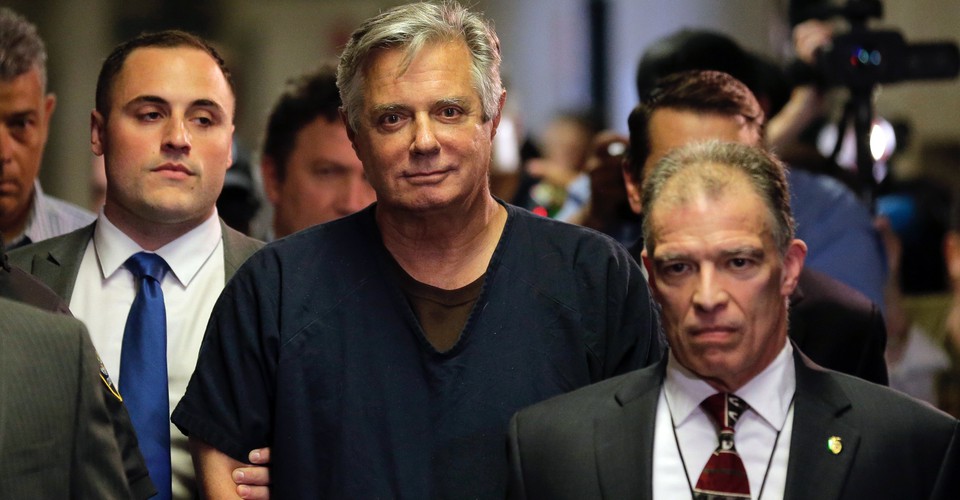 The Triumph of Kleptocracy

With Donald Trump’s pardon of Paul Manafort, kleptocracy has successfully waited out its enemies.
Paul Manafort came of age in New Britain, Connecticut. His father, the garrulous mayor of that decaying factory town, taught him how to cobble together an electoral coalition, passing down the tricks of the trade that became the basis for the son’s lucrative career as a political consultant. But as the local hardware manufacturers fled to foreign shores, the Mafia moved into town.

To hear the local papers tell the story—or to read the counts alleged in a prosecutor’s indictment—Paul’s father, the local political boss, served as a protector of the DeCavalcante family. The charges against the father never stuck, but the example of those years did. Paul Manafort received a first-rate education in omertà.For a brief moment, nearly two years ago, that education looked like it might be wasted.

Special Counsel Robert Mueller’s prosecutors believed that Paul Manafort—then clad in an orange jumpsuit, the dye fading from his news-anchor head of hair—would turn state’s witness against Donald Trump.In court, Mueller’s lawyers told the judge that Manafort was the heart of their case. They had already nailed him for tax fraud and violations of the Foreign Agents Registration Act.

They had trapped him in a perjurious tangle. And as they followed the trail of evidence, they noticed that Manafort’s aide de camp was an asset of Russian intelligence. They had nabbed Manafort passing along confidential campaign data to a favored oligarch of the Kremlin, to whom he owed millions.

Everything in the prosecutors’ presentation suggested that they were on the cusp of a breakthrough. Manafort would be their cooperative witness, the key to their ability to tell a more expansive narrative about what had happened in the 2016 election.

But before prosecutors could achieve that revelation, the president made his move. Trump began to tease the prospect of a pardon for Manafort. While the Mueller report is a maddening document, deadened by its steadfast unwillingness to draw conclusions, it is unambiguous about Trump’s treatment of Manafort. It describes how his tweets and statements about a pardon might have shaped Manafort’s strategic calculus.

The head of the family had sent an unambiguous signal. Just then, the instincts from Manafort’s old neighborhood kicked in.

The president clearly intended to obstruct justice. By implicitly promising a pardon, he thwarted Manafort’s cooperation with Mueller, and wrecked the probe. Manafort might well have advanced Mueller’s investigation to an even more damning conclusion. Instead, the stymied investigation ended prematurely.

Rather than burying Trump, the final report contained enough hedging and ambiguities that it permitted the president to deem the whole enterprise a “hoax.” Having lost its star witness, the Russia scandal—the most perilous threat to the Trump presidency—quickly faded from conversation.

Trump saved himself, and, in the end, so did Manafort. While he likely didn’t enjoy his brief sojourn in prison, his silence has finally earned him a pardon. Even if he had cut a deal to cooperate, prosecutors would have likely forced him to serve a far longer sentence than he did; by obstructing the investigation, he has almost certainly come out ahead. At the beginning of the pandemic, a judge released him from prison. With the protective armor of his pardon, there’s no chance of the feds sending him back.

Whatever the shortcomings of the Mueller investigation, prosecutors could always trumpet the convictions they’d won in the Manafort cases. During his long career in Washington, Manafort had worked to win acceptances for the world’s authoritarian goons. He lobbied Congress to send foreign aid to their governments. With his public-relations campaigns, he scrubbed their images, so that the media ignored the assassinations of their enemies.

Manafort was the architect of K Street in its most grotesque modern incarnation. By convicting Manafort for his work in Ukraine—where he served the oligarchs who looted the country and crushed democratic stirrings—prosecutors showed that even the slickest, most powerful influence peddlers could be brought to justice. They won a rousing triumph over the forces of kleptocracy.

But tonight, with Manafort’s pardon, kleptocracy has successfully waited out its enemies. Under Donald Trump, the corruption of New Britain, the symbiosis of a criminal syndicate and government, has gone national. After years of omertà, Paul Manafort is howling for joy.
#Donald Trump
Add Comment