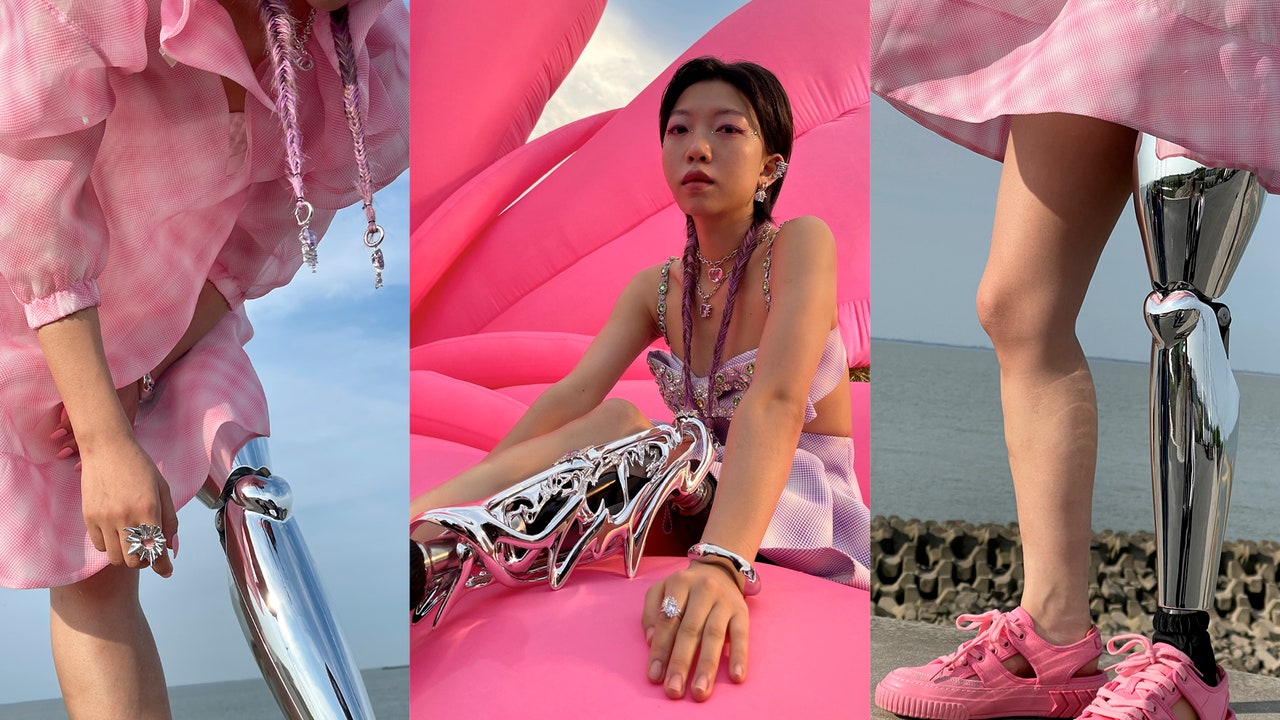 “The prosthesis is a part of the body: It can be decorated as well.”

Xiao Yang, a Chinese influencer and model based in Chengdu, has been wearing a prosthetic leg for almost 20 years. Though she says it’s now very much a part of her body, Yang’s prosthesis has caused her to have a challenging relationship with fashion and dressing up. “In high school, when I was very eager to dress up, I thought that the prosthetic limbs affected my external beauty,” she tells Vogue. “Wearing a prosthesis also caused one side of my buttocks to be deformed. I [still] feel unsafe if I wear tight pants or tops that are shorter than the buttocks-like [I’m] being exposed. I wore T-shirts and straight pants for a long time.”

Recently, however, Yang began experimenting more with her fashion choices and increasingly found herself wanting her prosthetic to reflect her sleek, modern style (she has a closet full of cool graphic tees and statement blazers, by the way). Cut to earlier this year in Chengdu, when she met Xiaoyu Zhang and Min Li-the two designers behind the Chinese jewelry brand YVMIN-and the three of them came up with an idea: What if we treat prosthetics like wearable art? 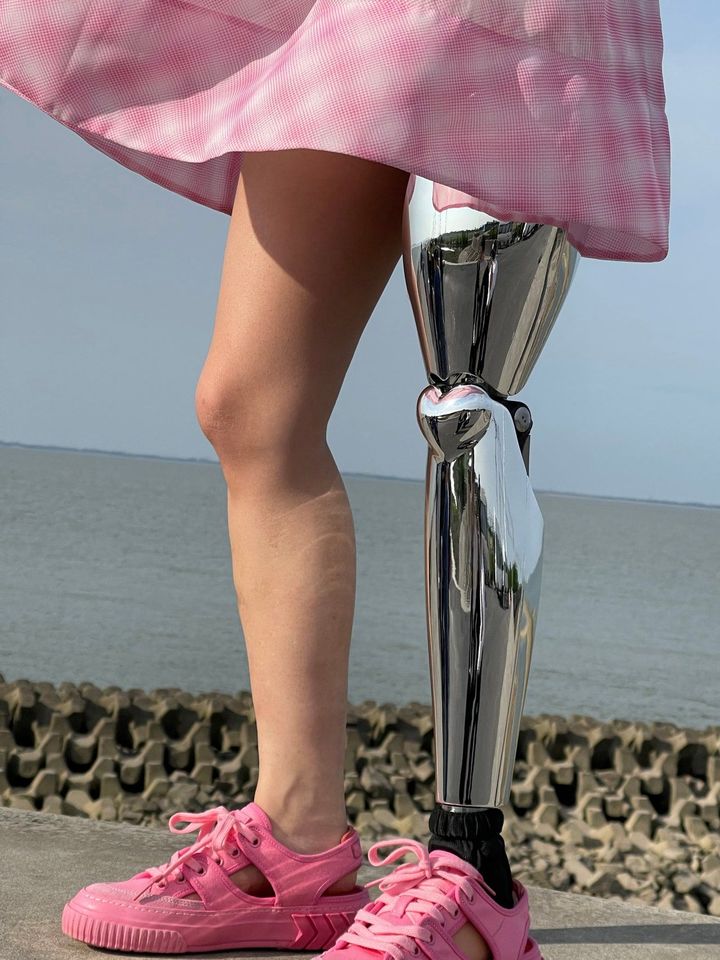 “We think it is only natural to decorate any part of our body, prosthetic as well,” says Zhang. Yang was instantly on board with the concept, which involved turning her prosthetic limb into a bold statement accessory of sorts. “This project tells everyone that wearing a prosthesis is a fact that cannot be changed-but wearing a prosthesis that looks gorgeous is also achievable,” Yang says. “This feeling is super cool; there will definitely be more people who need to experience it.” The result? Three different decorative shells that can be worn over Yang’s prosthetic leg, with sweet details like a heart-shaped “knee cap.” 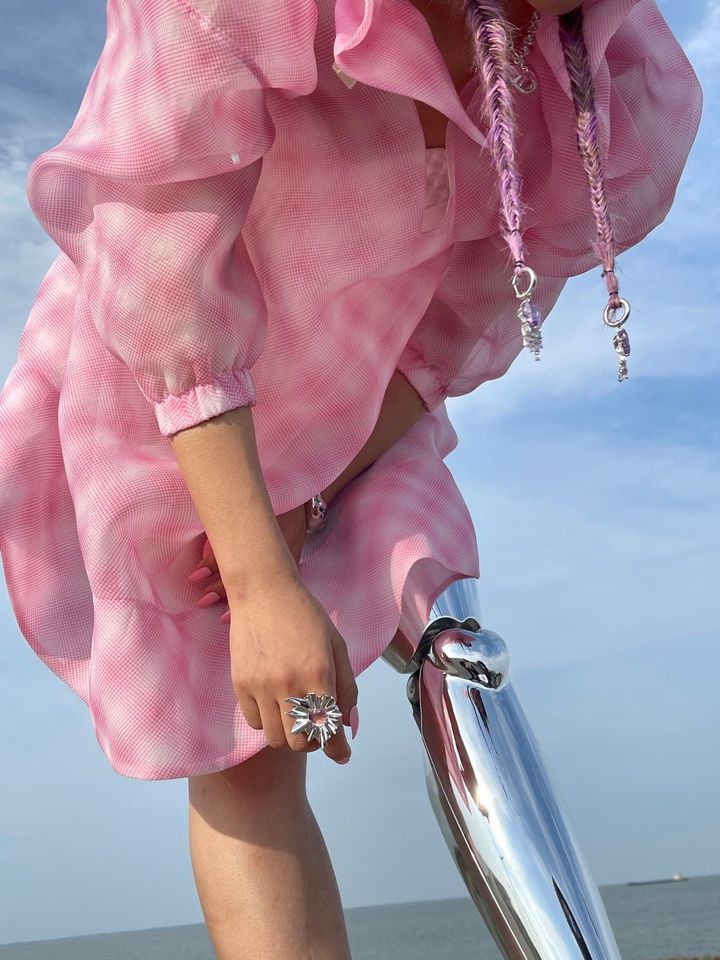 Typically, YVMIN creates delicate, feminine jewelry, such as bowed earrings and heart-shaped pendant necklaces. But the design duo saw an opportunity to challenge themselves by working with Yang to create something entirely new. “When we saw Xiao sharing her OOTD photos on social media with her strong personal style, we thought it would be a good opportunity,” says Zhang. “We decided to only make the shell for the prosthesis, which avoids many technical problems, and can also make many pieces at the same time for Xiao to wear on different occasions,” says Zhang. 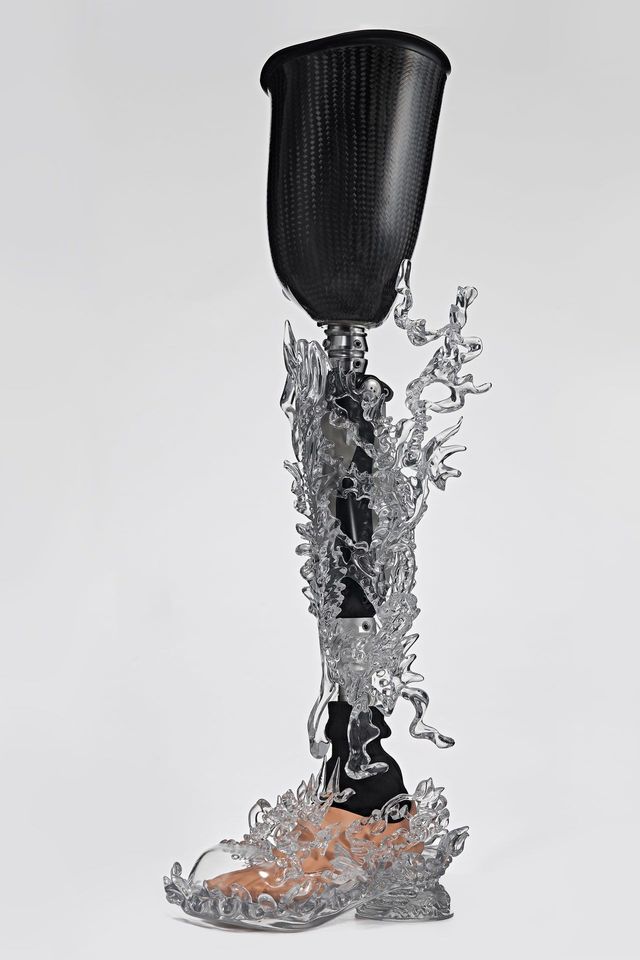 To create them, the designers had to take 3D scans of Yang’s prosthetic limb and legs in order to make a structure that could easily fit over them. The shells are made of nylon and resin. “This lightweight material can ensure that the shell will not burden Xiao,” says Zhang. Concealed magnets were also added, so it could easily and securely attach to her prosthetic. Then, they added different fun, decorative elements-the heart-shaped knee cap, a jagged shape that’s meant to resemble a growing plant-to make them feel like a piece of jewelry. “We used vacuum plating to give the resin and nylon materials a metallic luster,” says Zhang. “We also inlaid jewels, like purple zircon, on it.” Yang’s favorite part of it all? The quirky details. “My favorite element is the heart pattern on one of the shells,” says Yang. “The mechanical [feel of it] is not cold-it can also be cute and romantic.” 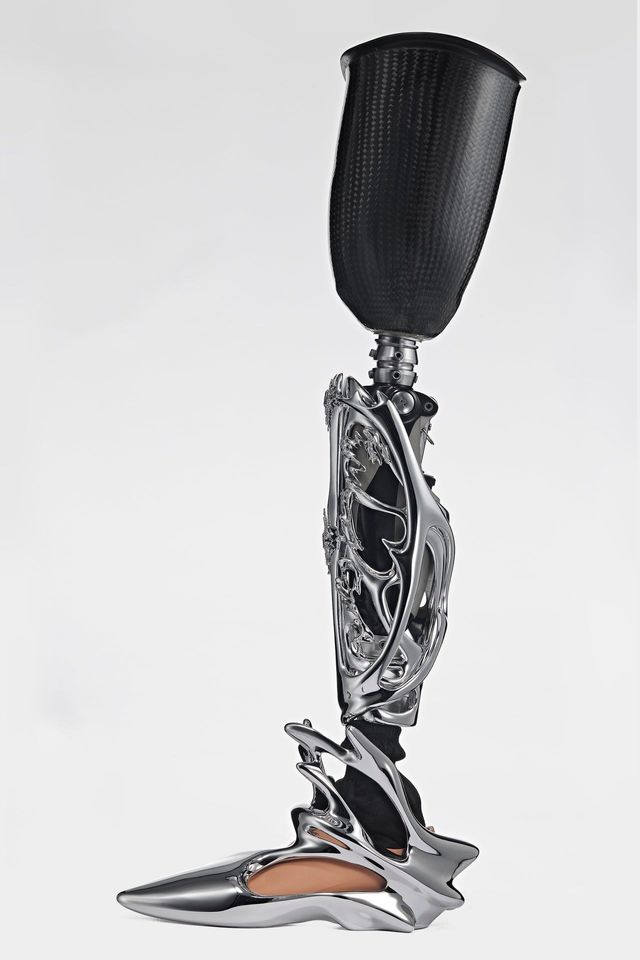 Since posting the prosthetic designs on their Instagram pages, both YVMIN and Yang have garnered thousands of likes for their unique collaboration. For many users, though, it was about much more than a viral fashion moment. “I myself wear a prosthesis, but I have never seen such beauty,” commented one user. Indeed, high-fashion prosthetic accessories are rare. Retailers like Amputee Store sell special socks and sheaths for various prosthetics-Alleles even does prosthetic covers in fun prints and colors-but more avant-garde shells like the ones YVMIN created remain an anomaly (and even then, they aren’t for sale-they were made custom for Yang).

Overall, the project was a fun, one-off creative challenge for the trio. All three of them agree that there’s space for more design-driven prosthetics to enter the industry. “This collaboration has inspired me more: I want to design prosthetics,” says Yang. As for YVMIN, they hope to inspire other labels to experiment with the idea as well. “There are too few prosthetic styles available now,” says Zhang. “We [hope this project] lets more people pay attention to the decorations that can be used for prosthetics. Prosthetic wearers can have their favorite accessories without replacing expensive prosthetics. We hope that our design and creation can give people more choices, no matter which group they belong to-this is our motivation for the future.”