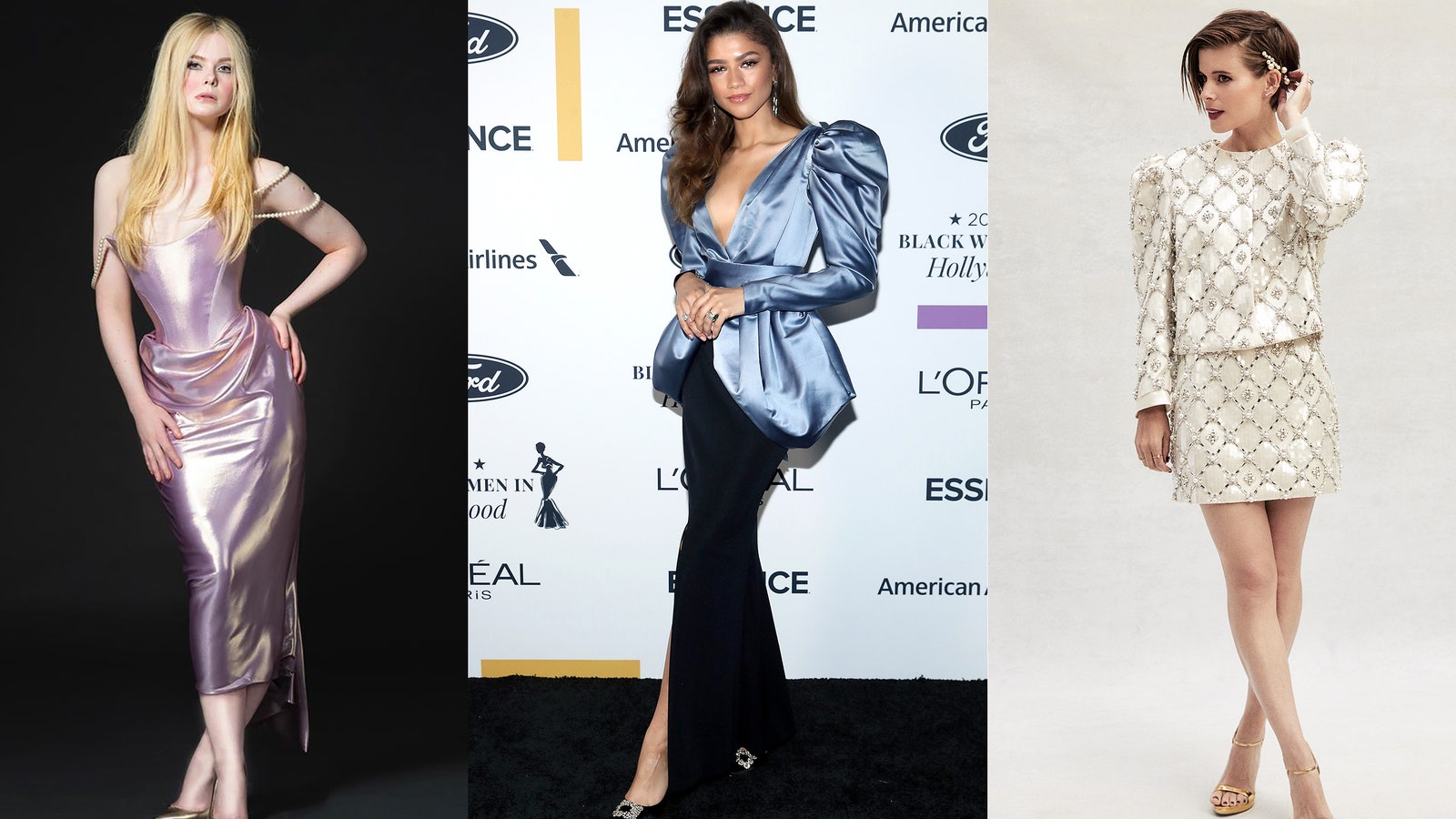 From landmark vintage finds to Rococo denim, the week’s best looks came complete with a story.

The most impactful style moments always have a story. Last week, as stars finished awards season on a high note, they sought out pieces whose history was as fascinating as their design. The trend began at the Independent Spirit Awards, where elegance trumped indie cred. Host Melissa Villaseñor may have delighted the audience with her impressions of Gen-Z celebrities, but her double-breasted Dior suit would have made Old Hollywood legends Marlene Dietrich and Katherine Hepburn proud.

The event’s flights of fancy were similarly retro. Kate Mara’s diamond patterned Miu Miu mini-skirt and matching pearl-embellished jacket and Julia Garner’s marabou-covered Prada chiffon gown both had a dreamy, boudoir-inspired quality that made them stand out. Others took the vintage sensibility in a different direction. Elle Fanning’s sultry turn in a custom pale pink Vivienne Westwood was a shift away from the actress’ usual fare, one that made for a vampy social media photoshoot worthy of a 40s pinup.

At Essence’s Black Women in Hollywood Awards, the outfits were similarly eventful. In shimmering Aliétte, Andra Day brought the house down while recieving her Breakthrough Award. Zendaya dipped into the archives and pulled out a vintage Yves Saint Laurent gown from the legendary designer’s fall/winter 1982 collection. The outfit paid tribute to the late Eunice Johnson, the style icon wife and business partner of Ebony Fashion Fair and Johnson Publishing Company founder, John H. Johnson. With its big shoulders and icy color scheme, it was indicative of Reagan-era fashion, but Zendaya’s pared-down makeup and subtle Bulgari jewelry brought the look into the 21st century.

While actors were in awards season mode, models, musicians, and reality stars were focused on casual fare. Elevated essentials dominated the week, but no one tackled the concept better than Irina Shayk. Her twist on the Canadian tuxedo was downright artistic. On Thursday, the supermodel completed her daily coffee run in a jacket and jeans from Vivienne Westwood’s fall/winter 2021 collection, adorned with a print of François Boucher’s 1743 Rococo painting, Daphnis and Chloe. Creative and classically minded, the look was as fascinating a take on denim as you’re likely to see this spring. 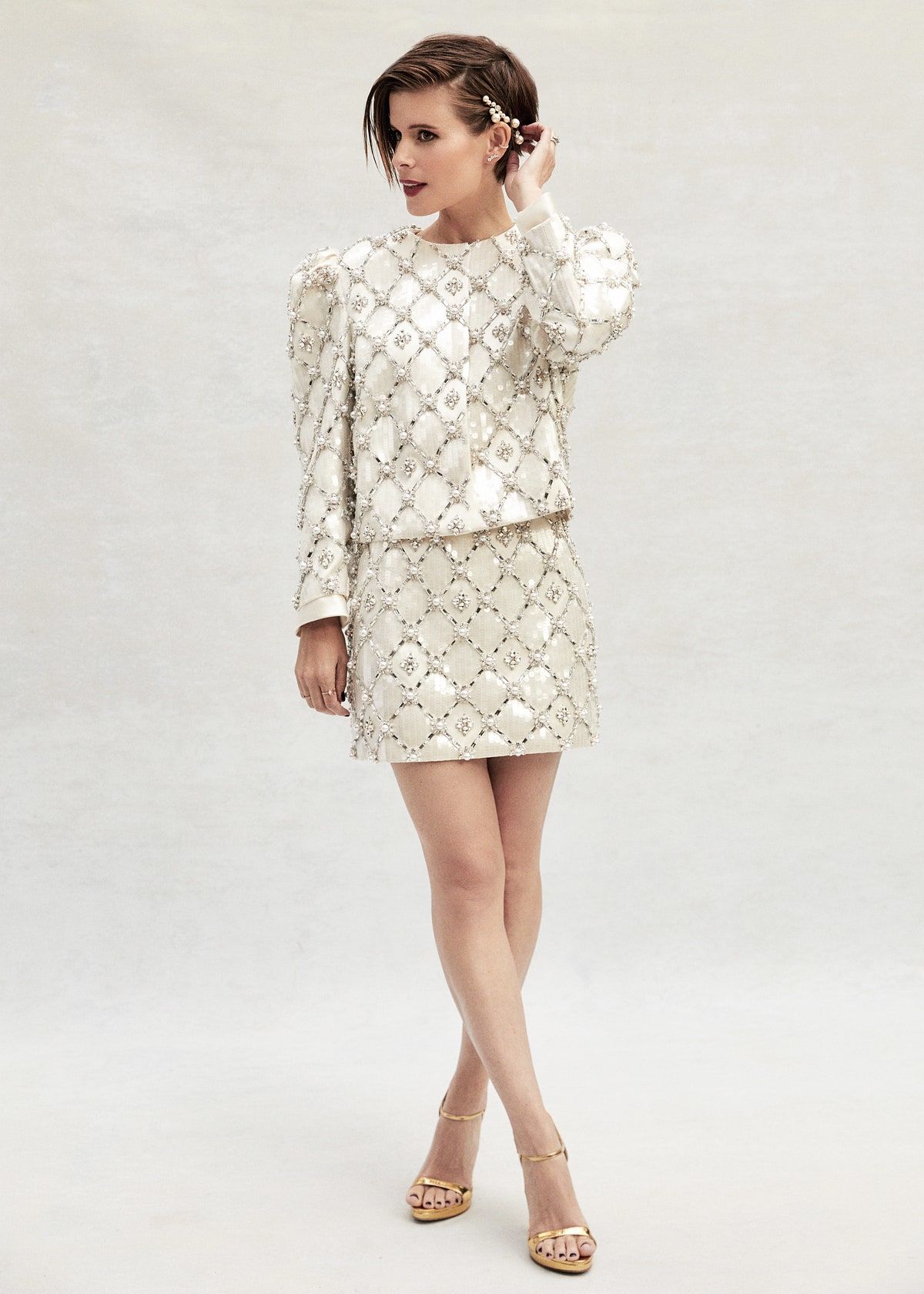 WHO: Kate Mara
WHAT: Miu Miu
WHERE: The Independent Spirit Awards
WHEN: April 22 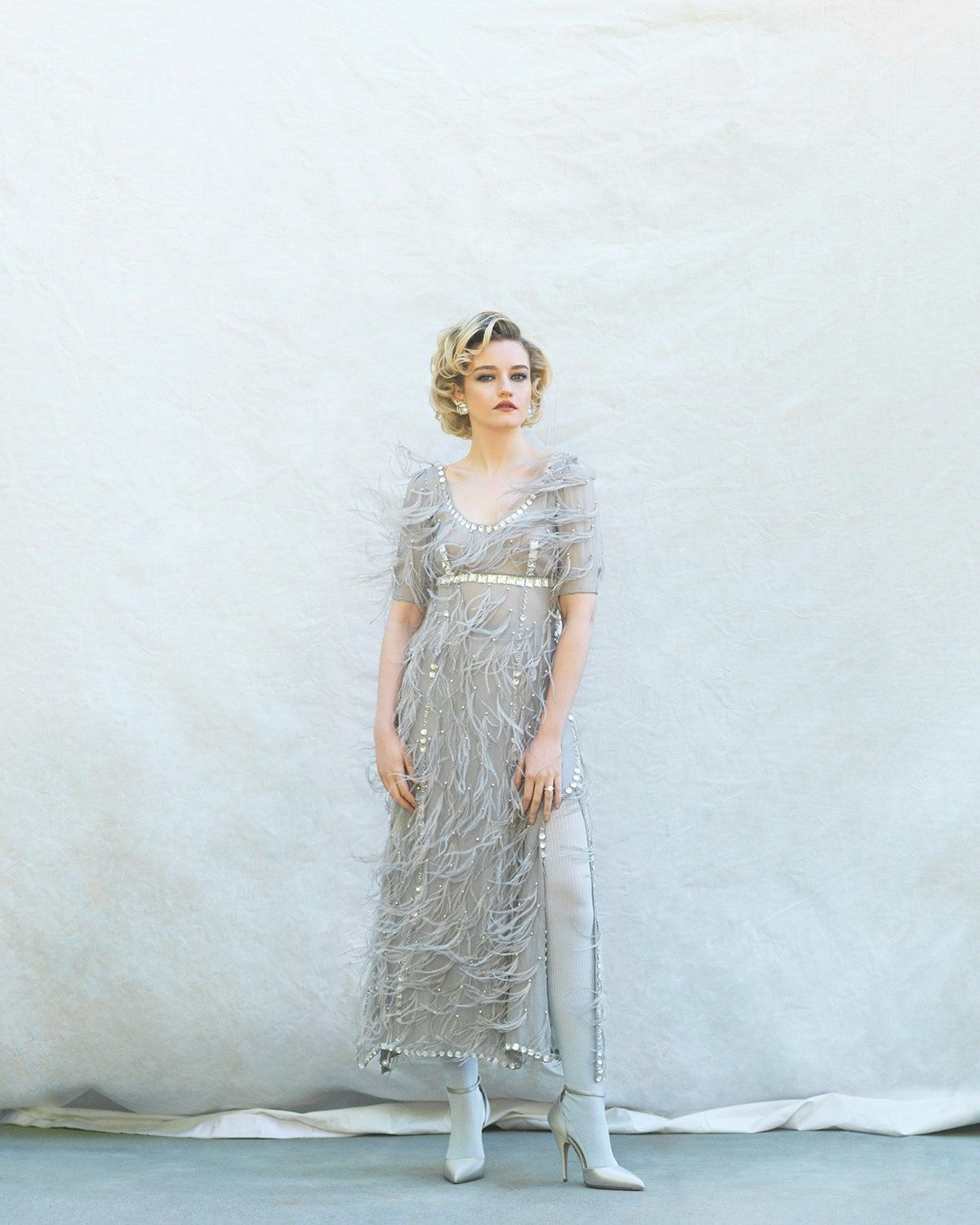 WHO: Julia Garner
WHAT: Prada
WHERE: The Independent Spirit Awards
WHEN: April 22 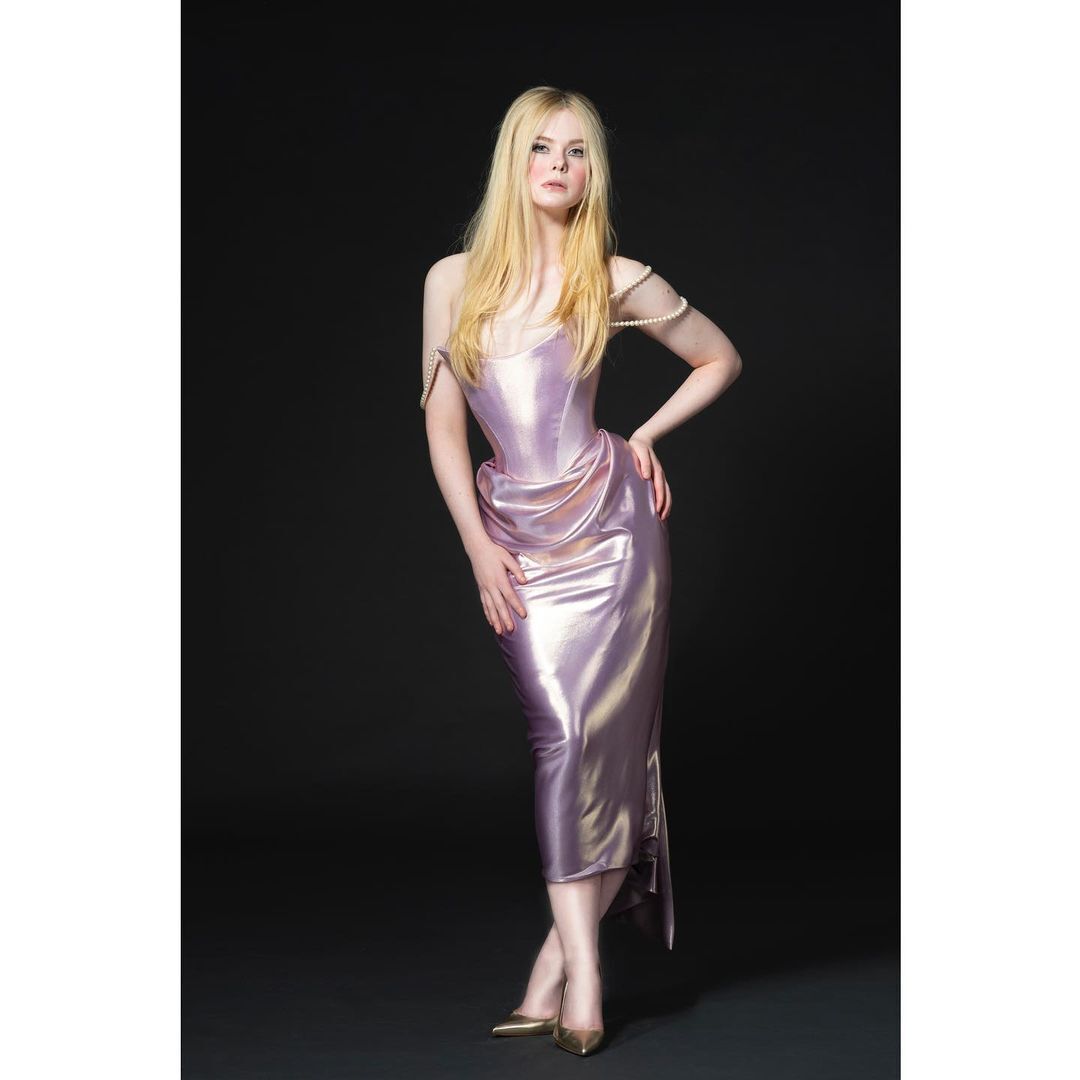 WHO: Elle Fanning
WHAT: Vivienne Westwood
WHERE: The Independent Spirit Awards
WHEN: April 22 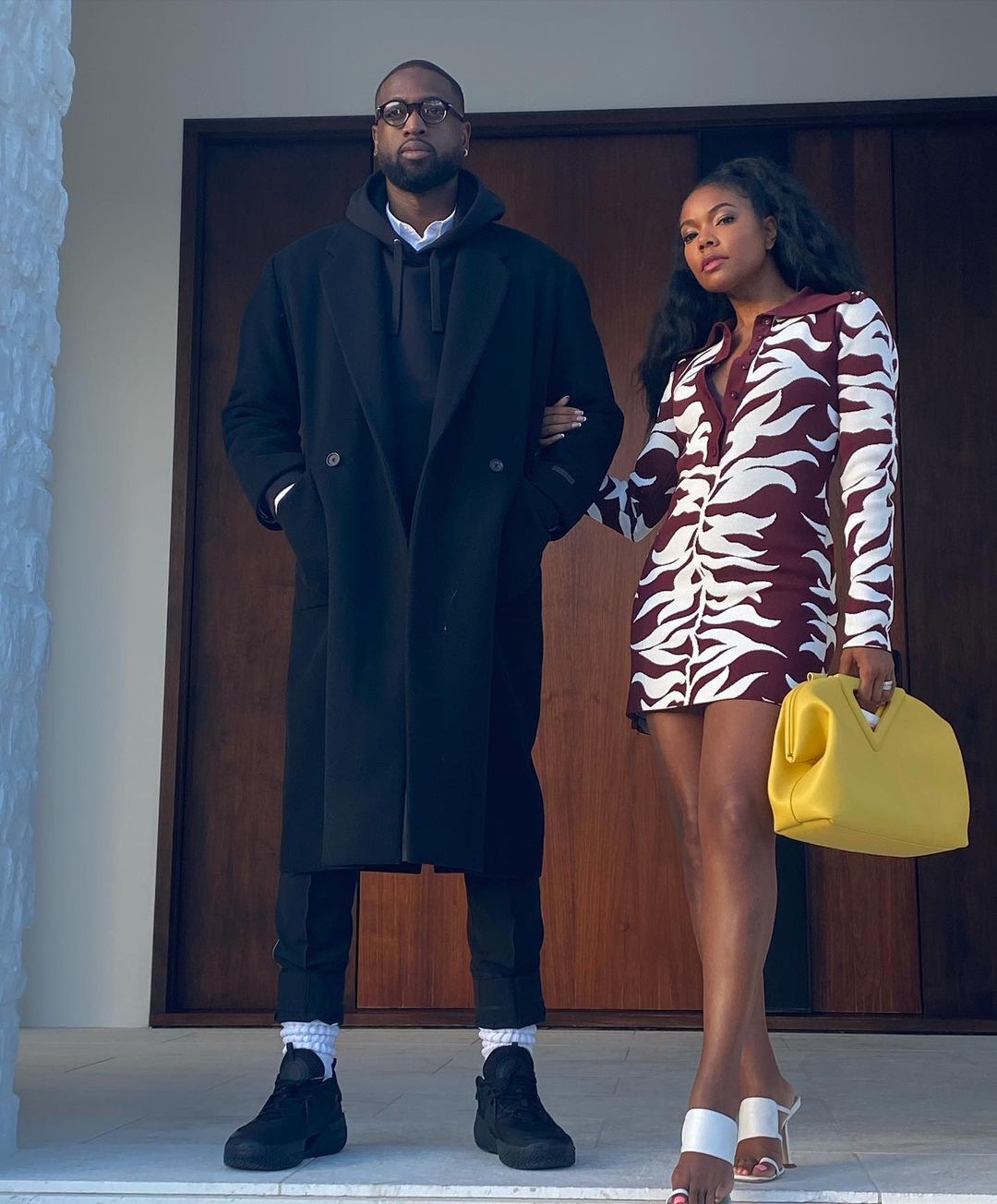 WHO: Gabrielle Union
WHAT: Hanifa dress, Bottega Veneta Bag
WHERE: Instagram
WHEN: April 24 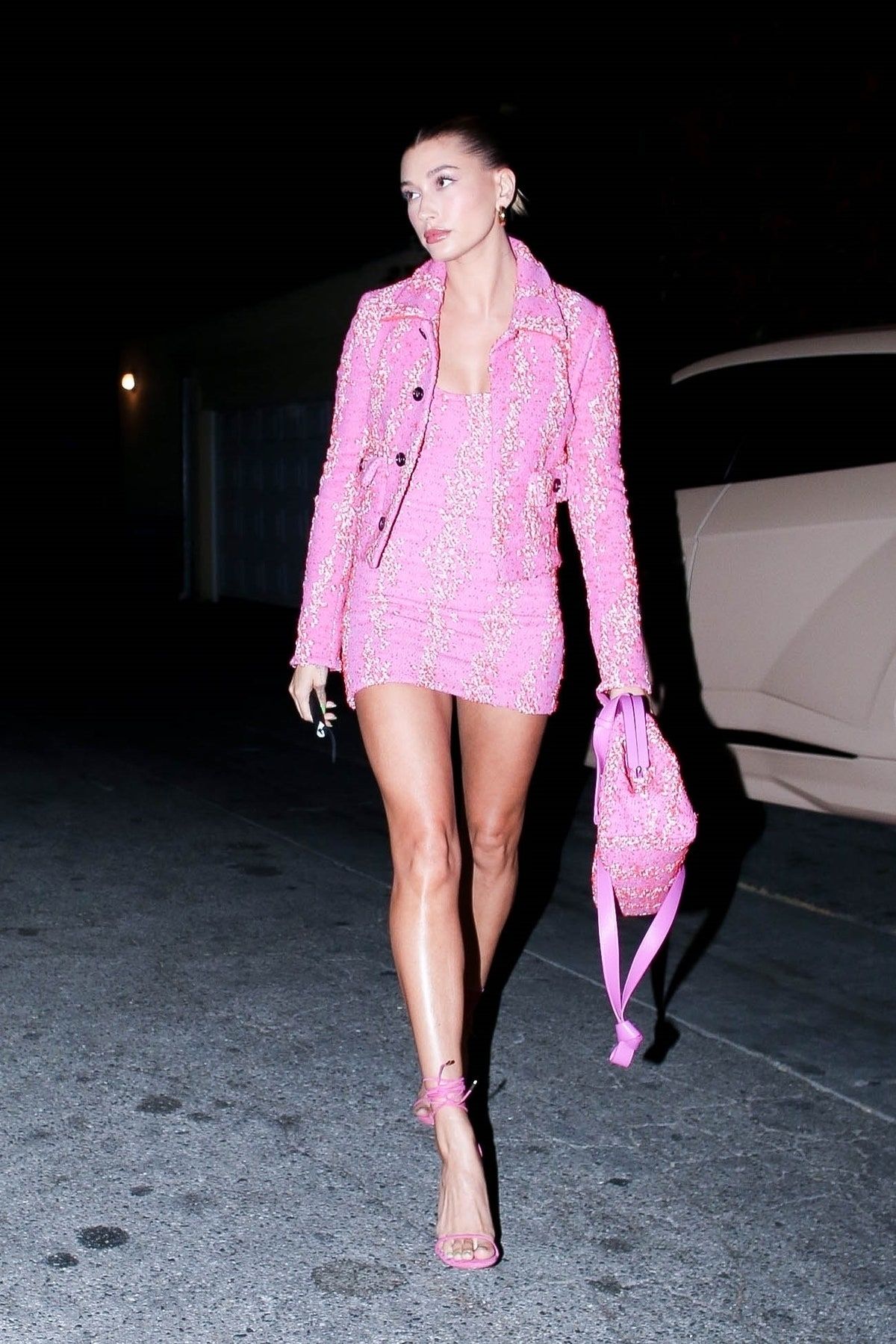 WHO: Hailey Bieber
WHAT: Bottega Veneta
WHERE: Los Angeles
WHEN: April 24 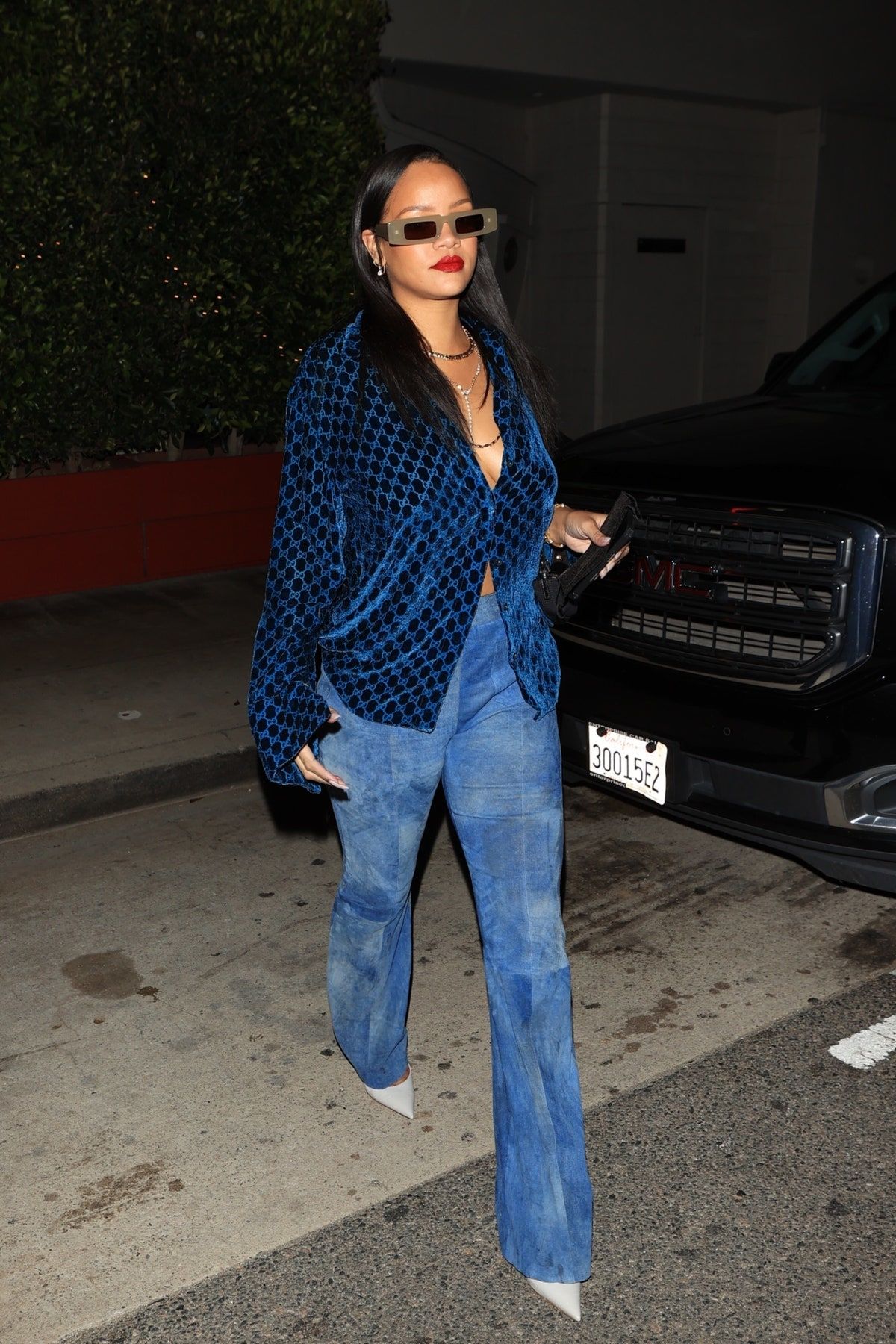 WHO: Rihanna
WHAT: Gucci
WHERE: Giorgio Baldi, Los Angeles
WHEN: April 24 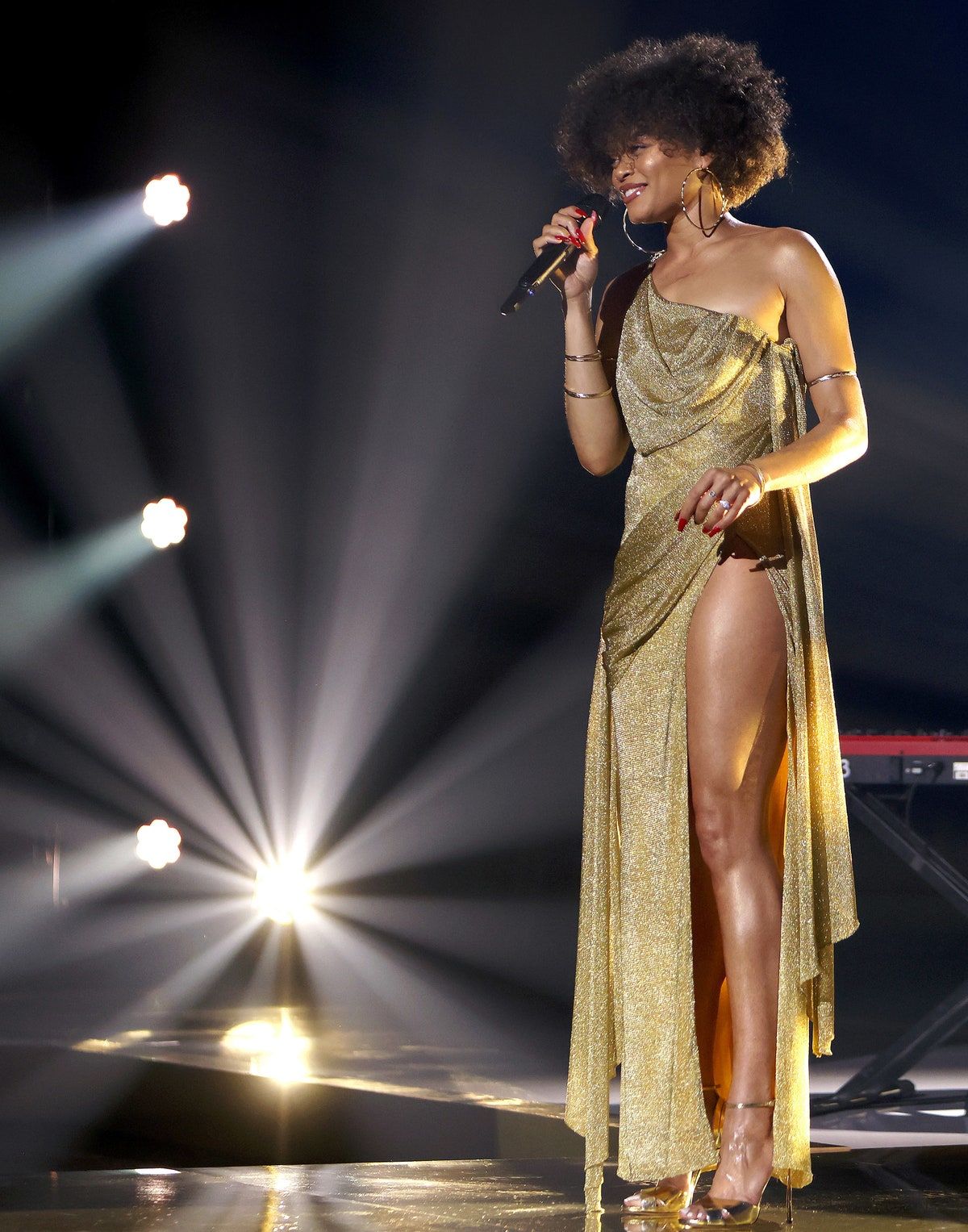 WHO: Andra Day
WHAT: Aliette
WHERE: Essence Black Women in Film Awards
WHEN: April 18 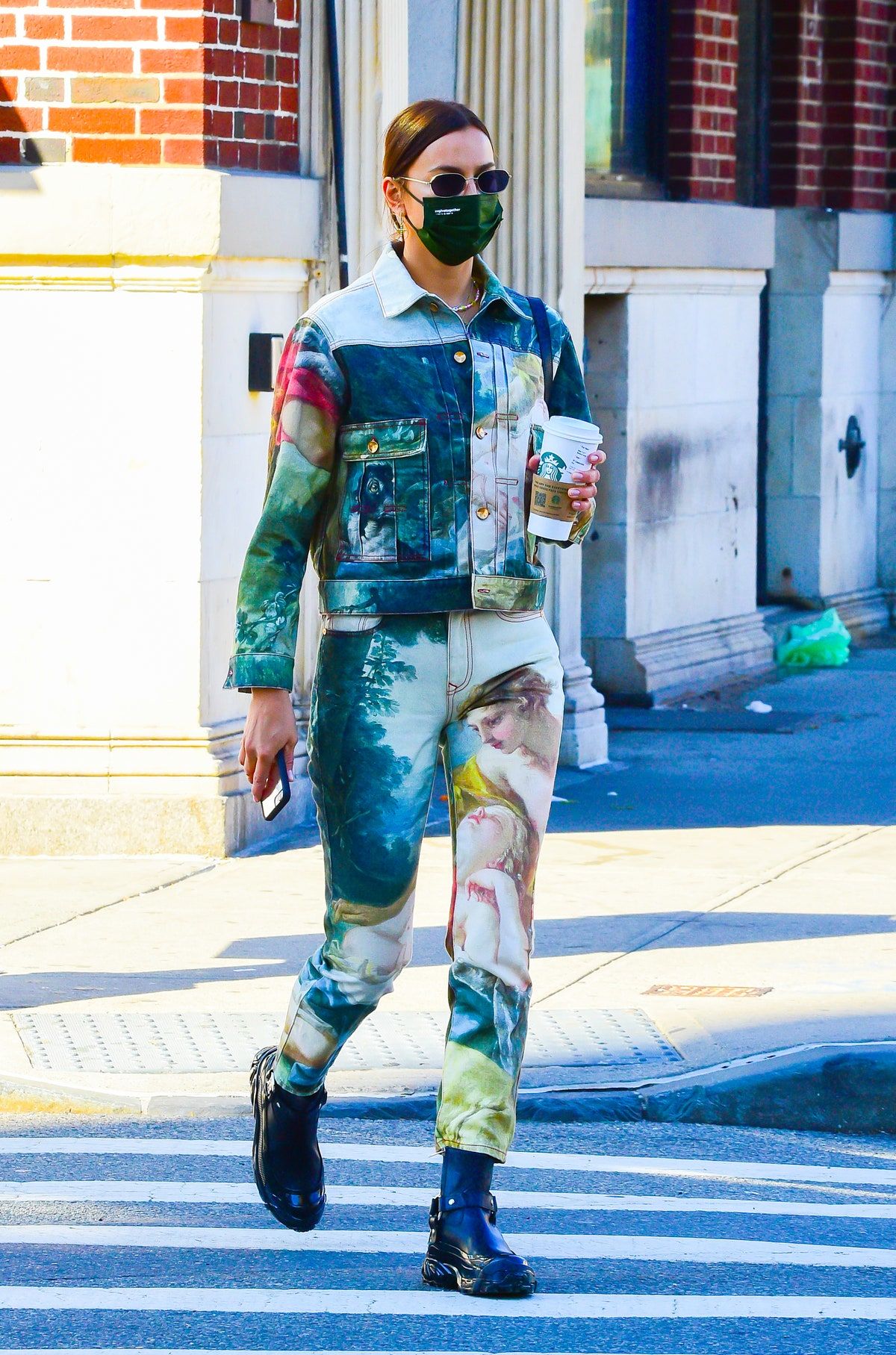 WHO: Irina Shayk
WHAT: Vivienne Westwood
WHERE: New York City
WHEN: April 23 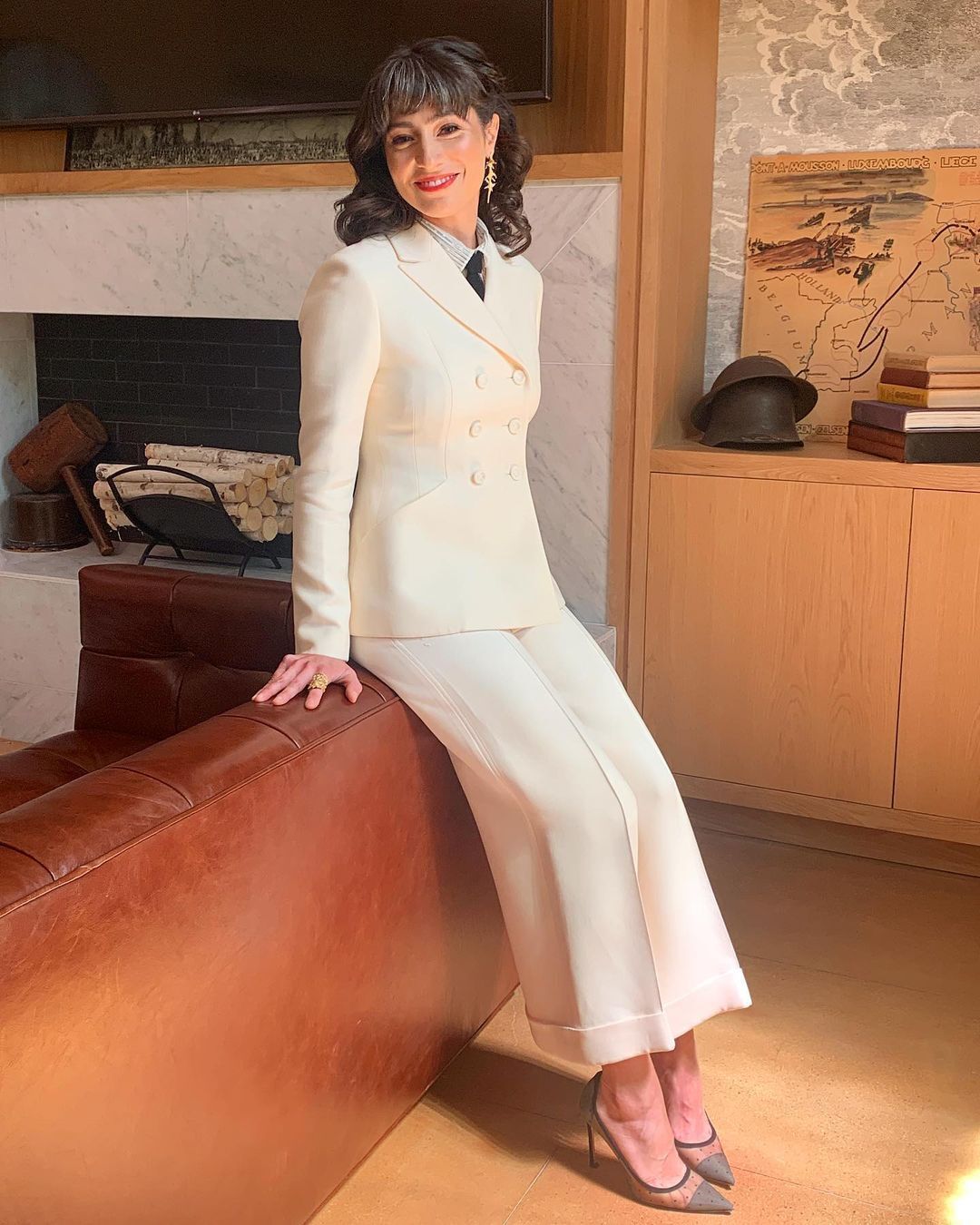 WHO: Melissa Villaseñor
WHAT: Dior
WHERE: The Independent Spirit Awards
WHEN: April 22