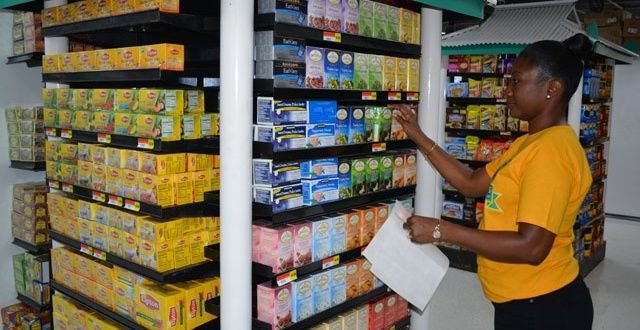 Trade Commission To Have Wide-Ranging Powers

In short order, the Territory will see the creation of a statutory body, namely the Trade Commission, handling matters relating to unfair trade practices, consumer complaints, identifying markets for investors and other trade-related activities.

According to Premier, Hon. Andrew Fahie, the body will be run by a seven-member board and headed by a Trade Commissioner.

He gave that indication while informing the HOA on the objects and reasons for the Virgin Islands Trade Commission Act 2019 on Friday during the second reading of the proposed Bill.

“As a statutory body, it will be bound by the Constitution to ensure that all funds collected for and behalf of the Government is paid into the Consolidated Fund,” he stated.

The Premier added, “The BVI cannot consider itself an island in the global business world as we have seen with the COVID-19 pandemic. The BVI can either continue to try to play catch up or we can develop a strategy for jumping ahead and gaining an international foothold as we find new and innovative ways to navigate the new and unchartered Territory.”

Of significant note, the Premier said, when established, the Commission will give teeth to the Consumer Protection Act in the British Virgin Islands.


Meanwhile, Opposition Leader, Hon. Marlon Penn, who was the former Junior Minister under the former National Democratic Party (NDP) regime who did much work on the Act said he is throwing his 'support’ behind it.

“The Trade Department is going to be consumed into this Commission; it will also have responsibility for the Investment Promotion Agency, as well as the Consumer Protection Act, an Act that has been well talked about throughout this territory. It is a piece of legislation that is long in coming, and it is on the Order Paper I believe that will be subsequently passed after this piece of legislation.”

He continued by saying: “It is important for us now, especially during the COVID-19 era and especially after hurricanes Irma and Maria to put the infrastructure in place to ensure that we drive commerce in this territory, to protect our consumers, to protect our businesses and one of the key aspects is to ensure fair trade practices.”

He highlighted that one of the challenges that confronts the territory is unfair trade practices.

“There are situations where persons are selling products that they are not authorized to sell and authorized dealers who have to pay dealership, licensing fees and all the likes have to compete with persons who are not licensed to sell those products. Those are the areas that the Commission will look at and those are the issues that the Commission will address to ensure that the playing field is levelled,” Hon. Penn outlined.

On the topic of investment, he said, “We have been talking for many years, that the BVI is open for business, but we have had a disjointed approach in terms of how we deal with investors, how we deal with persons who do business in their territory, not just new investors, but local investors and existing investors in the Territory.”