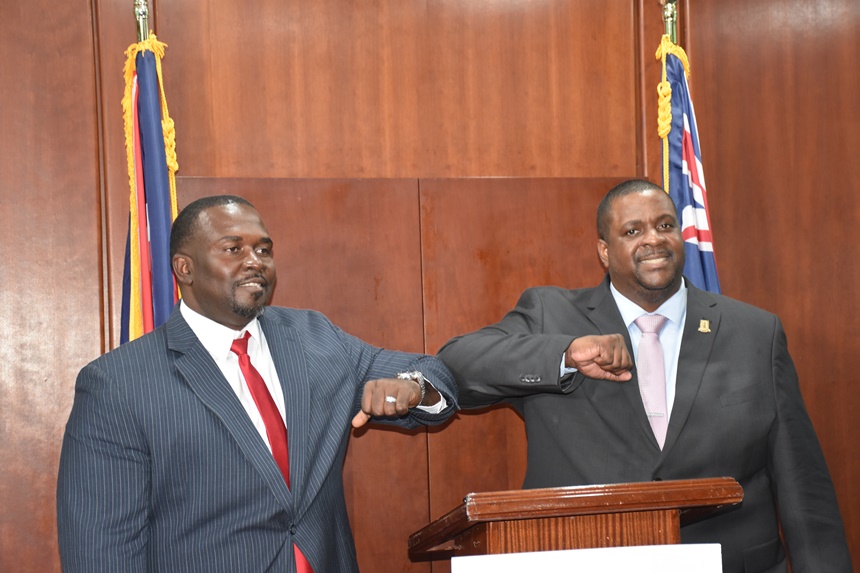 Trade Department to be replaced by a statutory body

The Department of Trade & Investment Promotion will soon be replaced by a statutory body - the Trade Commission.

While outlining the objects and reasons behind the implementation of the Virgin Islands Trade Commission Act 2019, Premier Andrew Fahie said in the House of Assembly on Friday that the new body will be responsible for handling matters relating to business, trade, investment and consumer affairs in the territory.

He said it will also be tasked to “identify markets for foreign investments and opportunities to diversify the BVI’s current portfolio by economic development.”

The Trade Commission will have its own board which will comprise no more than seven persons who will be appointed by Cabinet.

He said some of those persons include a Trade Commissioner, as well as representatives from the legal, environmental, social, educational, the Business & Trade Association, and private business sectors.

“As a statutory body, it will be bound by the Constitution to ensure that all funds collected for and behalf of the government is paid into the Consolidated Fund,” the Premier said.

One of the Commission’s functions will be to take on any complaints that it receives orally or in writing under the Consumer Protection Act and determine if it is good or frivolous, Premier stated.

He also said there will be a tribunal, and that body will be responsible for giving the Consumer Protection Act “teeth” or greater powers.

Premier Fahie stated this is part of a series of legislation that is expected to reshape the economy “and to prepare the territory to become more competitive.”

“The BVI cannot consider itself an island in the global business world as we have seen with the COVID-19 pandemic. The BVI can either continue to try to play catch-up, or we can develop a strategy for jumping ahead and gaining an international foothold as we find new and innovative ways to navigate the new and unchartered territory,” he arued.

In the meantime, Leader of Her Majesty’s Loyal Opposition, Marlon Penn said he fully supports the Bill that was first initiated during his tenure as Junior Minister for Trade under the previous NDP administration.

“It is a piece of legislation that is long in coming. It is important for us now, especially during the COVID-19 era and especially after hurricanes Irma and Maria to put the infrastructure in place to ensure that we drive commerce in this territory, to protect our consumers, to protect our businesses and one of the key aspects is to ensure fair trade practices.”

He continued: “One of the challenges we are having a lot in the territory is unfair trade practices. I know the Commission has a responsibility to ensure that they uphold the proper practices in this territory as it relates to trade. There are situations where persons are selling products that they are not authorized to sell and authorized dealers who have to pay dealership, licensing fees and all the likes have to compete with persons who are not licensed to sell those products.”

As it relates to investment and opportunities, Penn added: “We have been talking for many years that the BVI is open for business. But, we have had a disjointed approach in terms of how we deal with investors, how we deal with persons who do business in their territory, not just new investors, but local investors and existing investors in the territory.”
#COVID
Add Comment