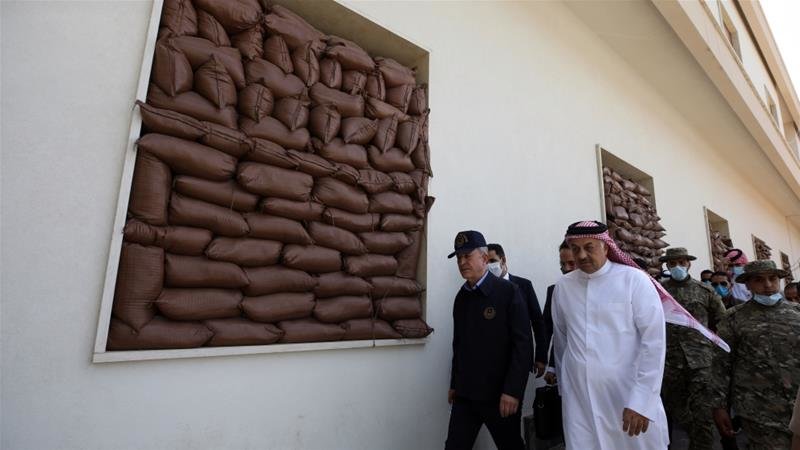 Turkish, Qatari and German ministers in Libya for talks with GNA

Turkey and Qatar have reiterated their support for Libya's internationally recognised government during a trip by their defence chiefs to the capital, Tripoli, where Germany's foreign minister also paid an unexpected visit.

Ankara has provided crucial military support to the United Nations-brokered Government of National Accord (GNA) to help it stave off a 14-month assault from rival forces based in eastern Libya.

The country has been split since 2014 between factions based in the east and west, and regional powers have aligned themselves with the competing sides.

While Turkey and its regional ally Qatar support the GNA, forces in the east led by renegade military commander Khalifa Haftar have received backing from the United Arab Emirates, Egypt and Russia.

"We believe that we will achieve the wanted results by supporting our Libyan brothers in their just cause," Hulusi Akar, Turkish defence minister, said in Tripoli on Monday.

Turkey signed a military accord with the GNA late last year, as well as a memorandum of understanding on maritime boundaries, that rattled its rivals in the eastern Mediterranean.

Akar and Chief of Staff General Yasar Guler were in Tripoli to "observe the operations" under the military cooperation deal with Libya, according to Turkey's defence ministry.

Turkey and Russia have emerged as the main power brokers in Libya's conflict, with military front lines settling in recent weeks around the central coastal town of Sirte. The two countries' leaders spoke by phone about Libya on Monday.

Previous attempts to secure a ceasefire and a political deal in Libya - including at an international conference in Germany's capital, Berlin, in January - have stalled. An oil blockade imposed by Haftar's forces has cost the country billions of dollars in lost revenue.

German Foreign Minister Heiko Maas, who met his Libyan counterpart but not the Turkish or Qatari delegations, said the process started in Berlin remained the framework for resolving the conflict, and backed calls for a demilitarised zone around Sirte.

"We see a deceptive calm in Libya right now. Both sides and their international allies are continuing to arm the country on a massive scale and are sticking to preconditions for a ceasefire," he said.

Maas stressed the need to begin direct talks between the two parties and stop the escalation near Sirte, the site of recent military confrontations. 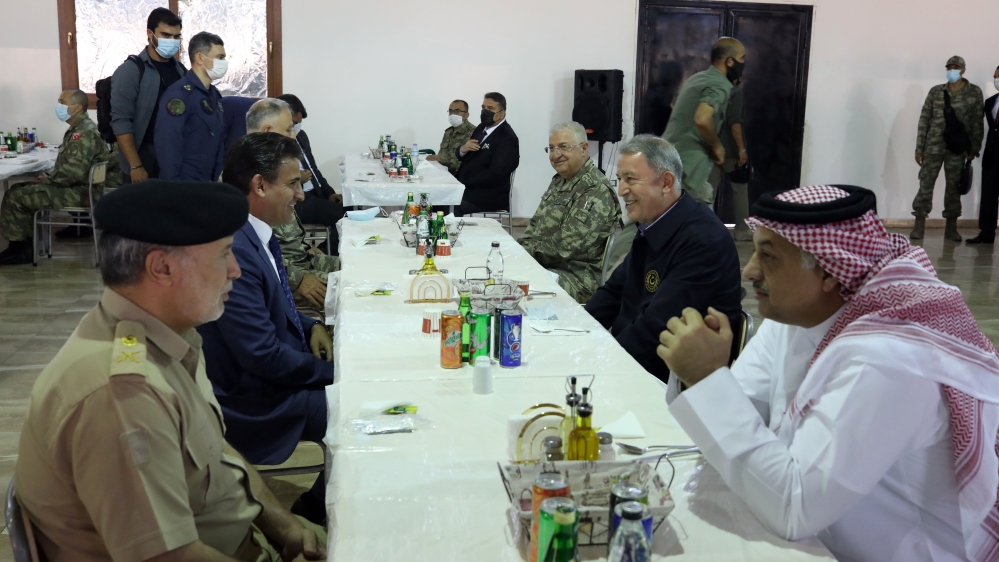 Maas stressed the need to begin direct talks between the two parties and stop the escalation near Sirte, the site of recent military confrontations.