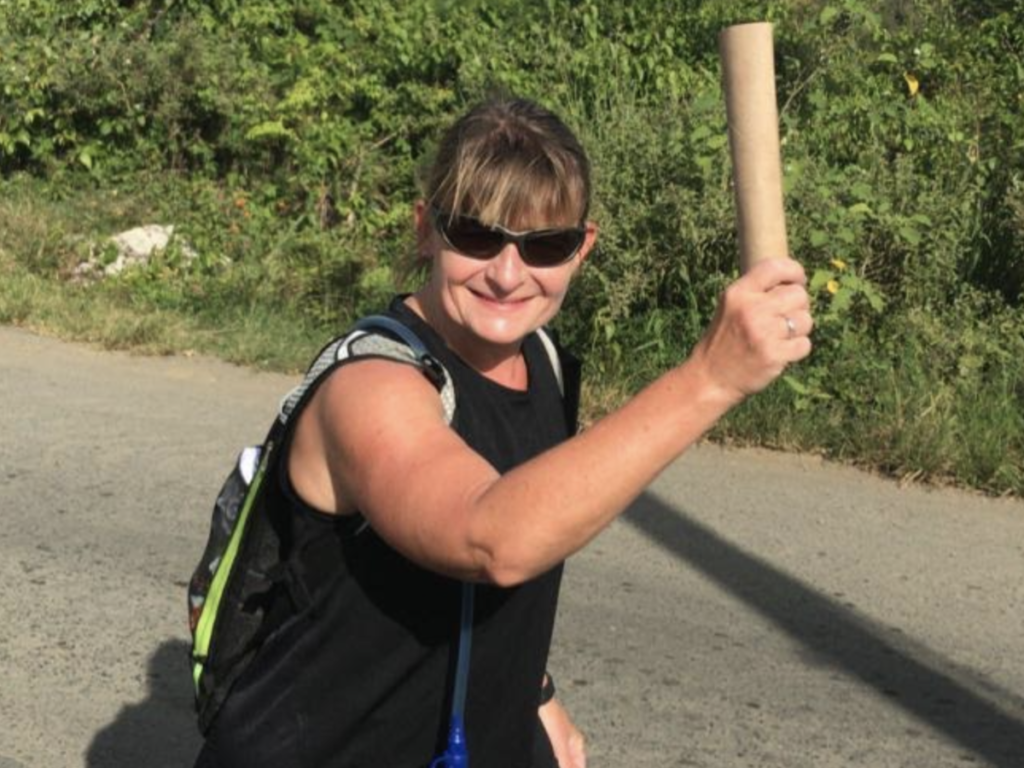 UK government staff in BVI and around the world are set to complete a unique 24 hour global marathon relay on May 15 to help mental health charities across the world.
Staff from more than 230 British Embassies, High Commissions, Governors’ Offices and Consulates – from Vancouver in the west to Samoa in the east; from Wellington in the south to Reykjavik in the north – are taking part. This follows the effort of 158 posts, which took part in the first year of the event. The Governor and his team have joined the fun.

Team members passed a baton- improvised from household objects such as rolling pins and snorkels- while they run or walk a mile through beautiful BVI locations.

Team members passed a baton improvised from household objects such as rolling pins while they ran or walked a mile through beautiful BVI locations.

On running his mile, Governor John Rankin said: “The Globalmile has been a wonderful way to feel connected to the rest of the world. While my feet are firmly in BVI, I passed the baton onto colleagues in Sri Lanka. COVID-19 has made travel difficult and can make us feel cut off from the world, but today reminded me of the power of connection, with people across the world coming together to raise awareness on the importance of mental health and support charities.”

The Globalmile started at 9 am in Apia, Samoa and will finish at 1 pm in Vancouver, Canada.

Participants at each post will each run or walk a mile, before video-conferencing or tweeting with the next mission to pass the virtual baton on – sending it through the 24 time-zones over the course of a day.

The global marathon is the brainchild of Dr Ian Collard, Ambassador-designate to Lebanon, and his wife Tamara.

The Collards decided the marathon would be a good way to unite the department, and its families, and improve mental and physical wellbeing. It would also allow staff to virtually connect with their colleagues while social distancing measures were in place.

Last year’s inaugural event went so well, raising more than £50,000 for charity, it is running again this year.

Dr Collard said: “As staff of the Foreign, Commonwealth & Development Office, our day job is to serve our country including by safeguarding and promoting our values overseas and being a force for good in the world.

“Last year’s event was an incredible boost to all those who took part and we are pleased to be able to raise money again for charity, this year to support mental health initiatives.”

Embassies across the world are raising funds for local charities, and Ian and Tamara have set up a Virgin Money Giving for donations to the UK’s mental health charity Mind.
#COVID-19  #Covid  #John Rankin
Add Comment