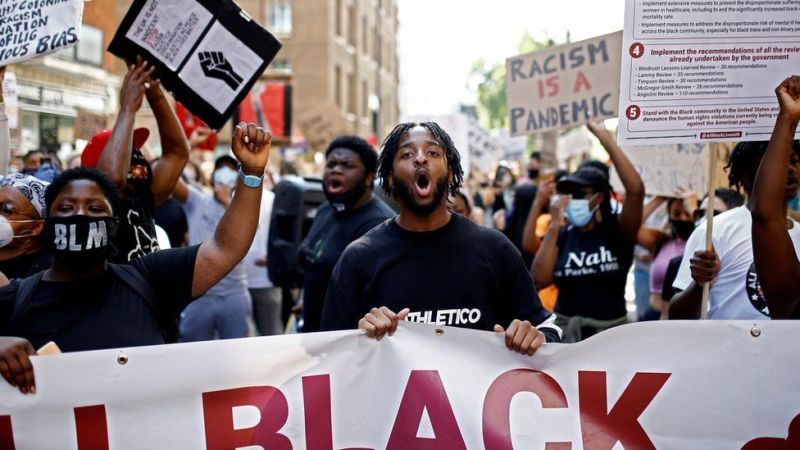 A report on race commissioned by the imperialist United Kingdom (UK) Government of Alexander Boris de Pfeffel Johnson aka ‘Boris’ has been slammed for being out of touch with reality and may have pushed the fight against racism in the UK back by “20 years or more”.

Ironically, this report of denial comes on the heels of Prince Harry and his wife R. Meghan Markle, in a tell-all interview with Oprah G. Winfrey, accusing the Royal family of being racist and that they moved from the UK to live in the United States to escape racism and the bigoted UK press.

The controversial report, which says the UK "no longer" had a system rigged against minorities, has even led to Prime Minister Johnson’s senior adviser on ethnic minorities resigning. Samuel Kasumu is known to have been unhappy with the government's stance on racial issues.

Mr Kasumu has declined to comment, but the BBC has said there has been an "awkward silence" hanging over Downing Street, with little discussion or movement since he first threatened to resign.

Equality campaigners have criticised the report for downplaying the extent of racism in British society and institutions.

Former equality and human rights commissioner Lord Simon Woolley said there was a "crisis at No 10 when it comes to acknowledging and dealing with persistent race inequality". 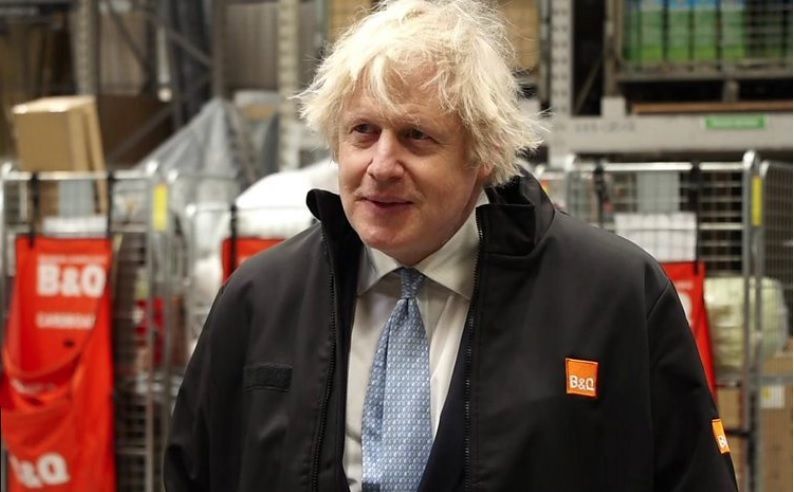 A report on race commissioned by the imperialist United Kingdom (UK) Government of Alexander Boris de Pfeffel Johnson aka ‘Boris’ has been slammed for being out of touch with reality and may have pushed the fight against racism in the UK back by '20 years or more'.

The report, which said claims the UK suffers from institutionalised racism was “not borne out by the evidence”, has been criticised by race equality campaigners as divisive.

Labour's shadow equalities secretary Marsha C. de Cordova called the report "divisive," adding it was "no wonder" the government was "losing the expertise from their team".

"To have your most senior advisor on ethnic minorities quit as you publish a so-called landmark report on race in the UK is telling of how far removed the Tories are from the everyday lived experiences of Black, Asian and ethnic minority people," she added. 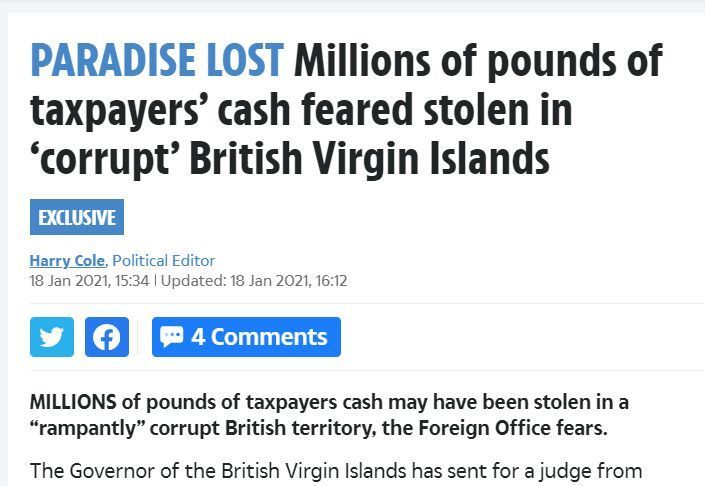 The United Kingdom (UK) Government led by the pro-colonialist Alexander Boris de Pfeffel Johnson aka ‘Boris’ allegedly collaborated with the 'bigoted' UK press to paint the Virgin Islands and its Government as corrupt, even without solid evidence.

Report ‘not in touch with reality’

And Baroness Doreen D. Lawrence, the mother of murdered teenager Stephen Lawrence, has claimed the government’s review of racial disparities gives “racists the green light” and that its authors are “not in touch with reality”.

Baroness Lawrence said she believed the report had pushed the fight against racism back by “20 years or more” after it suggested geography, family influence, socio-economic background, culture and religion all affected life chances more than racism.

Baroness Lawrence was appointed to the House of Lords in 2013 following her campaign for justice in the case of her son, who died in 1993 following a racially motivated attack.

“You know, all these things we’ve been working for and showing that structural racism exists – we talk about the pandemic when you look at how many of our people have died, all the nurses, the doctors, the frontline staff, of Covid, and to have this report denying that those people have suffered … They are denying that the likes of my son was murdered through racism and the fact that it took 18 years to get justice for him. The report is denying all those issues.

“Those people who marched for Black Lives Matter? It’s denying all of that. The George Floyd stuff? It’s denied all of that.

Baroness Lawrence continued: “[The report authors] are not in touch with reality basically. That’s what it boils down to. When you are privileged you do not have those experiences,” Baroness Lawrence said.

Criticism has also been levied at the choice to have the review led by Dr Tony Sewell, an educationalist who has previously questioned the existence of institutional racism.

Meanwhile, Sewell defended himself from criticism over comments he made in the report about how the British Empire should be taught in schools.

In his foreword to the report, he wrote: "There is a new story about the Caribbean experience which speaks to the slave period not only being about profit and suffering but how culturally African people transformed themselves into a re-modelled African/Britain".

Halima Begum, chief executive of race equality think tank the Runnymede Trust, said his comments were "out of kilter with where British society is" - and Labour's Ms de Cordova accused him of "putting a positive spin on slavery".

But in a statement on Thursday, April 1, 2021, Dr Sewell said it was "absurd to suggest that the commission is trying to downplay the evil of the slave trade".

"The report merely says that, in the face of the inhumanity of slavery, African people preserved their humanity and culture," he added.

The Commission on Race and Ethnic Disparities (CRED) was launched last year, 2020, in the wake of anti-racism Black Lives Matter protests.

In its report published on Wednesday, March 31, 2021, it concluded the UK was not yet a "post-racial country," but family structure and social class had a bigger impact than race on people's life chances.

It argued that racial discrimination has often been misapplied to "account for every observed disparity" between ethnic groups.

And it said references to racism in the UK being "institutional" or "structural" had sometimes been used without sufficient evidence. 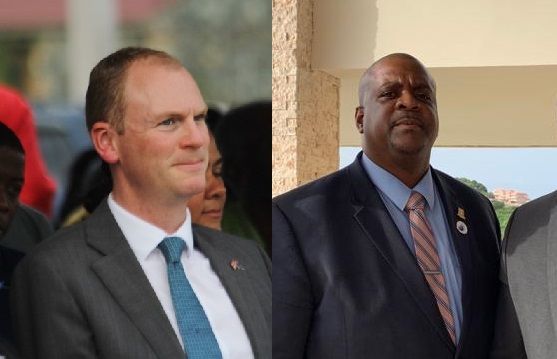 Here in the Virgin Islands, allegations of racism have been levelled against the UK Government, including for backing a controversial Commission of Inquiry into governance called by ex-Governor Augustus J. U. Jaspert, left, who himself was labelled as racist and who was accused of being hugely antagonistic against the Government of the Virgin Islands led by Premier Andrew A. Fahie (R1), right.

UK accused of being racist towards VI

Even here in the Virgin Islands, allegations of racism have been levelled against the UK Government, including for backing a controversial Commission of Inquiry into governance called by ex-Governor Augustus J. U. Jaspert, who himself was labelled as racist and accused of being hugely antagonistic against the Andrew A. Fahie-led Government of the Virgin Islands.

Mr Jaspert had angered Virgin Islanders when he stated in an interview on September 7, 2020, that the VI should not look forward to reparations for slavery and that it should preserve the names of landmarks in honour of perpetrators of chattel slavery and crimes against humanity.

The UK Government, through the Foreign and Commonwealth Office (FCO), had said it stood behind the upsetting and divisive comments of Mr Jaspert.

It should be noted that UK PM ‘Boris’ Johnson himself has been accused of racism, having said colonialism in Africa should never have ended and downplayed Britain’s role in the slave trade.

Mr Jaspert and the FCO had colluded with the ‘bigoted’ UK press to give the announcement of the VI Inquiry international coverage, even while the democratically elected government was left in the dark about the scheme to call the Inquiry.

It resulted in the UK press inaccurately portraying to the world that the VI was corrupt and having a climate of fear and creating much damage to the territory’s image due to Government and financial services being caught on the back foot and unable to respond in a timely manner to counter the negative and inaccurate UK press.