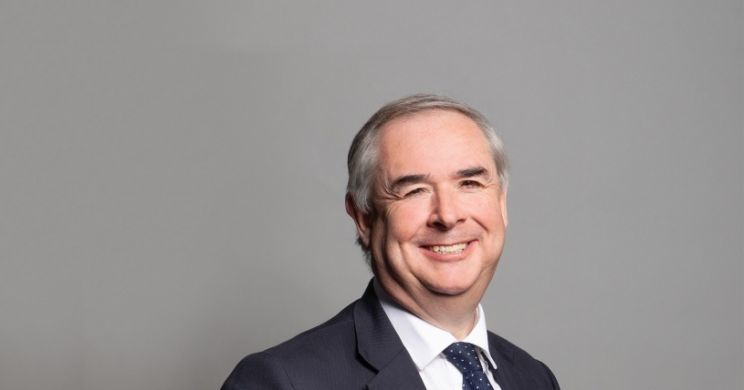 UK-Hired Counsel In Territory As Gov't Preps For CoI Hearings

The Andrew Fahie-led administration is reading itself for the soon to commence initial batch of hearings by the Commission of Inquiry (CoI) into allegations of corruption, abuse of office and dishonesty by elected and statutory officials in recent years.
The UK-backed CoI is expected to begin hearings as early as next week, commencing on May 3.

A Government-commissioned release issued today, April 27, stated that the Inquiry Response Unit (IRU) is in the process of preparing for the next stage of the CoI.

It informed that the Right Honourable Sir Geoffrey Cox, QC arrived in the territory this week following an invite from the BVI’s Attorney General Dawn Smith on behalf of the Virgin Islands Government, “to carry out an objective internal review of all aspects of the governance of the Virgin Islands, including areas of Government activity to which the CoI’s requests have in the main been addressed, and to advise the Government of his conclusions.”

Sir Geoffrey is a former Attorney General and politician in the United Kingdom. He was hired by local government to represent it in the ongoing CoI.

Sir Geoffrey will also, where appropriate, represent the Attorney General and the Government at the forthcoming oral hearings before the Commissioner, the release informed.

The release further said, Sir Cox is currently in quarantine and plans to engage government ministers in the next few weeks virtually at first and then in person when he is out of quarantine.

He is also expected to visit Ministries and Departments to explore relevant issues in detail with policy and decision-makers.

“As the Premier stated in the House of Assembly last week, the IRU has so far provided over 73,000 pages of official documents to the Inquiry and responded expeditiously to 56 requests for information. These requests have been answered with complete transparency, and no matters have been held back save for very sensitive personal details of individual Virgin Islanders such as medical diagnoses, a position ultimately agreed by the CoI. In line with the Government’s policy of full transparency and cooperation with the Commission of Inquiry, the IRU will also continue to support the Inquiry by the efficient and timely fulfilment of its requests for official documents over the coming weeks,” the statement added.

A release from the CoI said the hearings are now required to facilitate the prompt and full production of relevant information and documents and are likely to be short and conducted in private so as to ensure that documents and information that cannot at present be disclosed in public can be securely provided to the CoI.

It added, “However, mindful of the need for openness where possible, following each hearing, he will give directions for any publicity of that hearing he considers appropriate.”
#CoI  #Commission of Inquiry  #Fahie  #the Virgin Islands
Add Comment