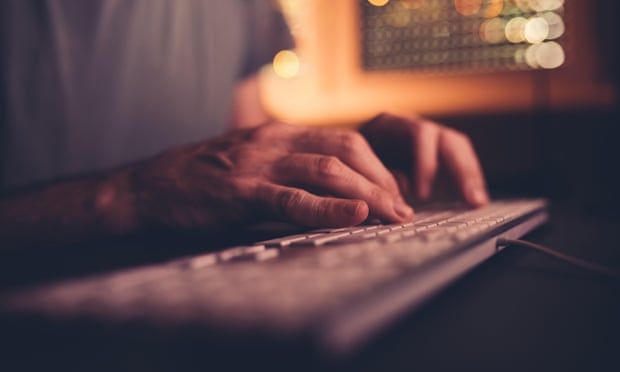 In a joint letter to the home secretary, Priti Patel, the 17 organisations have urged ministers to force search engines and social media sites to vet all adverts they publish to protect the public from an “avalanche” of scams involving investments and other financial offers.

They want the government to include online scams in its proposed online safety bill, which is expected to be presented to parliament in the Queen’s speech on 11 May.

Scams and fraud have escalated over the past year as locked-down consumers spent more time online. Some end up losing money after using search engines to research investments at a time of record-low interest rates, while others have been tricked by adverts on social media sites. Many scams involve cryptocurrencies such as bitcoin or schemes that claim to offer early access to pension pots.

Scammers employ an array of tricks such as using fake celebrity endorsements from the likes of the TV adventurer Bear Grylls and MoneySavingExpert.com founder Martin Lewis to lure in victims, as well as setting up fake websites and impersonating legitimate ones.

Official figures from Action Fraud show that £1.7bn was lost to scams in the last year, while the banking body UK Finance said there had been a 32% increase in investment scam cases in 2020.

David Postings, the chief executive of UK Finance, said: “It’s not right that online giants are effectively profiting twice – once from criminals marketing scams on their platforms, and again from organisations having to advertise fraud warnings to consumers.”

The regulator Financial Conduct Authority is not one of the signatories to the letter, but it has made similar calls – and has repeatedly singled out Google for criticism over this issue.

In a speech in June last year, the FCA’s chair, Charles Randell, said a framework was needed to stop tech giants from promoting unsuitable investments and scams to ordinary retail consumers, adding: “It is frankly absurd that the FCA is paying hundreds of thousands of pounds to Google to warn consumers against investment advertisements from which Google is already receiving millions in revenue.”

Last September the FCA again name-checked Google and said it believed there was a strong case to include fraud within the online safety legislation, “given the FCA’s limited power to take down advertising by those seeking to scam people via the internet”.

Coincidentally, Google on Friday announced new measures in this area, saying it would be developing and rolling out further restrictions to financial services advertising in the UK over the coming months. Details have not been revealed, but it could require that an advertiser is registered by the FCA.

The letter from the 17 organisations – which also include MoneySavingExpert.com and the charity Age UK – said online platforms “play a pivotal role in enabling criminals to reach and defraud internet users through the hosting, promotion and targeting of fake and fraudulent content on their sites, including adverts that they make significant profits from”.

The letter states that the tech giants must be given a legal responsibility to prevent, identify and remove fake and fraudulent content on their sites.
#Priti Patel  #Facebook
Add Comment