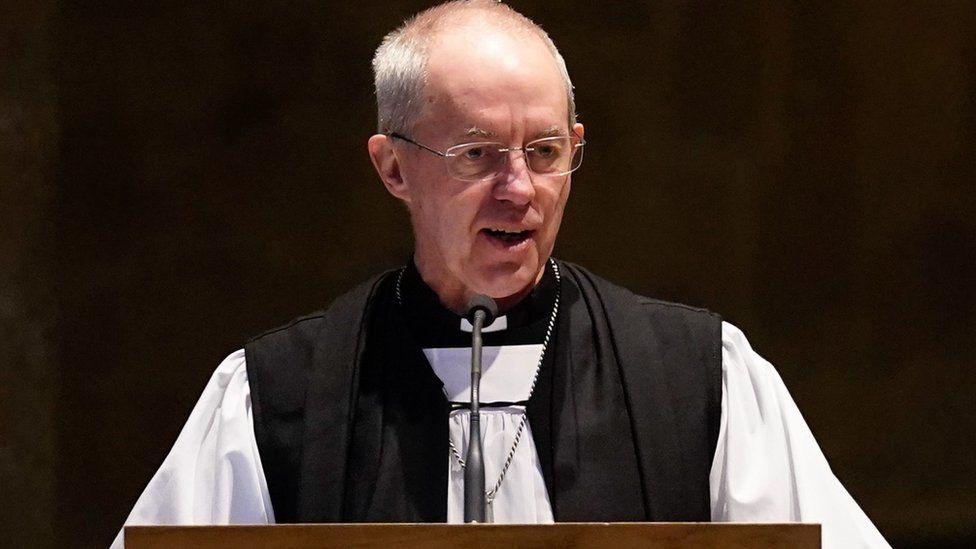 The government's plan to send some asylum seekers from the UK to Rwanda is "the opposite of the nature of God", the Archbishop of Canterbury is to say. 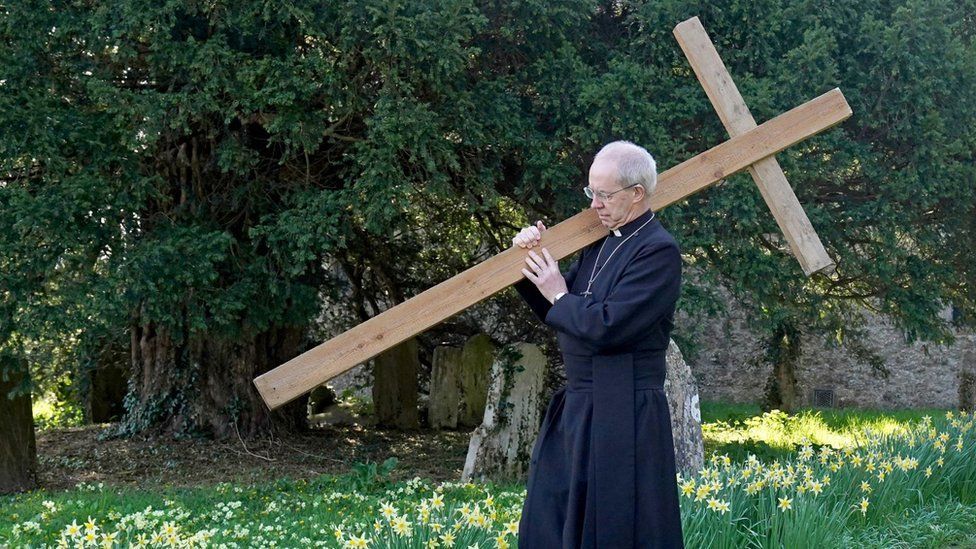 The archbishop carried a wooden cross as he marked Holy Week

In his Easter sermon, Justin Welby will say that Christ's resurrection is not a time for "subcontracting our responsibilities".

He will also call for a ceasefire in Ukraine and speak of his concern over the cost of living crisis.

The government says change is needed to protect lives from people smugglers.

Speaking at Canterbury Cathedral later, Mr Welby will say that the resurrection of Christ on Easter Sunday is "not a magic wand that makes the world perfect" but a "tectonic shift in the way the cosmos works".

He will say: "Let this be a time for Russian ceasefire, withdrawal and a commitment to talks. This is a time for resetting the ways of peace, not for what Bismarck called blood and iron. Let Christ prevail. Let the darkness of war be banished."

This season is also "why there are such serious ethical questions about sending asylum seekers overseas", the archbishop will say.

His sermon continues: "The details are for politics. The principle must stand the judgment of God, and it cannot.

Mr Welby will say the plan "cannot carry the weight of our national responsibility as a country formed by Christian values".

"Subcontracting out our responsibilities, even to a country that seeks to do well like Rwanda, is the opposite of the nature of God who himself took responsibility for our failures," the sermon will say.

The £120m scheme - which involves transporting people deemed to have entered the UK unlawfully to the east African country, where they will be allowed to apply for the right to settle - has faced widespread opposition.

More than 160 charities and campaign groups urged ministers to scrap the policy, describing it as "cruel", while it has also been criticised by opposition parties and some Conservatives.

The Home Office defended the plan from the archbishop's criticisms, saying the UK has a "proud history" of supporting those in need and resettlement programmes have provided "safe and legal routes to better futures" for hundreds of thousands.

"However, the world is facing a global migration crisis on an unprecedented scale and change is needed to prevent vile people smugglers putting people's lives at risk and to fix the broken global asylum system," a spokesperson said.

The Home Office said Rwanda is "safe and secure" and will process claims in accordance with international human rights laws.

It emerged that Home Secretary Priti Patel had to take personal responsibility for the plan, issuing a rare "ministerial direction", amid concern from officials that the costs of the scheme are not fully known so the department could not say if it would be value for money. 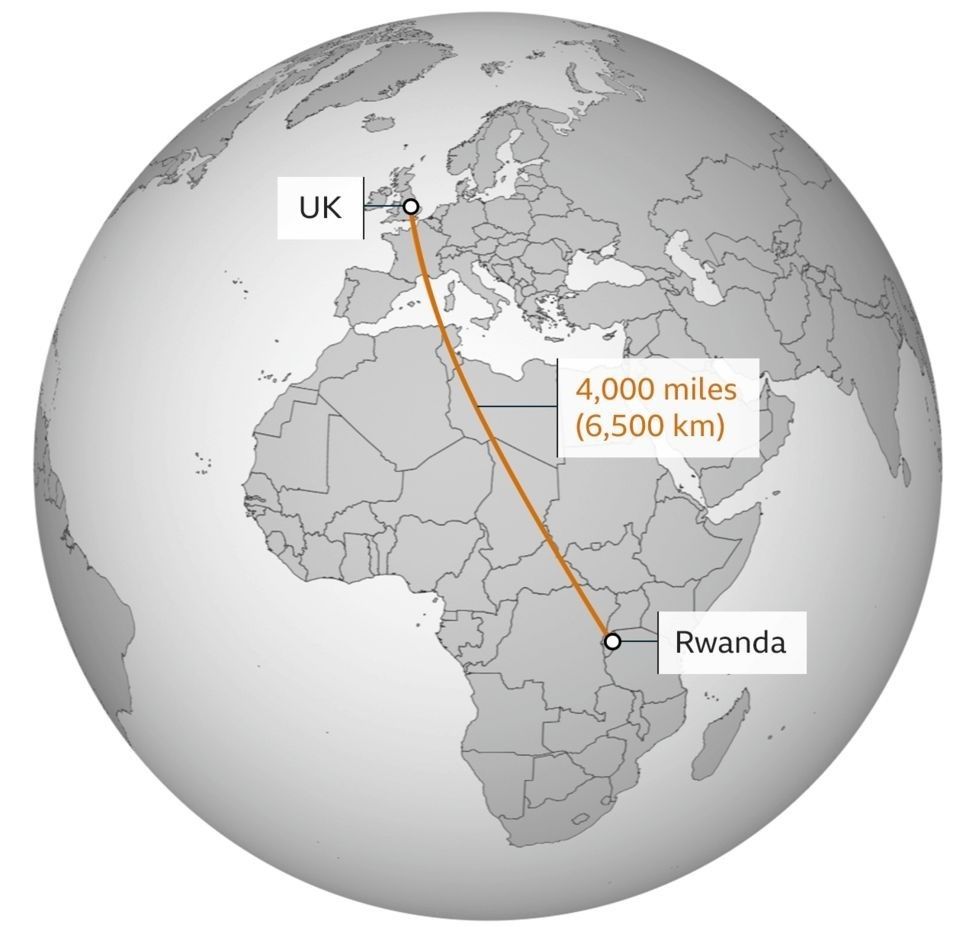 It is only the second time such a ministerial direction has been issued at the Home Office in the last 30 years.

Civil service unions said the policy was "inhumane" but that officials would have to implement it or leave.

The archbishop's Easter sermon will also make reference to the "the greatest cost-of-living crisis we have known", saying that families across the country are "waking up to cold homes and empty stomachs".

He will say the struggle to pay for essentials is their first thought of the day and they feel "overwhelmed by the pressures".

Others bereaved in the pandemic grapple with "the continued deep sense of loss", including those who could not say a proper farewell to loved ones, the archbishop is to say.

Reflecting on the meaning of the resurrection, he will add: "In dying for us, God sees and knows the wounds that cause us so much pain.

"He hears the cry of the mothers in Ukraine, he sees the fear of boys too young to become soldiers, and he knows the vulnerability of the orphans and refugees.

"Closer to home, he sees the humiliation of the grandparent visiting the food bank for the first time, the desperate choice of parents in poverty and the grief and weariness of the pandemic."