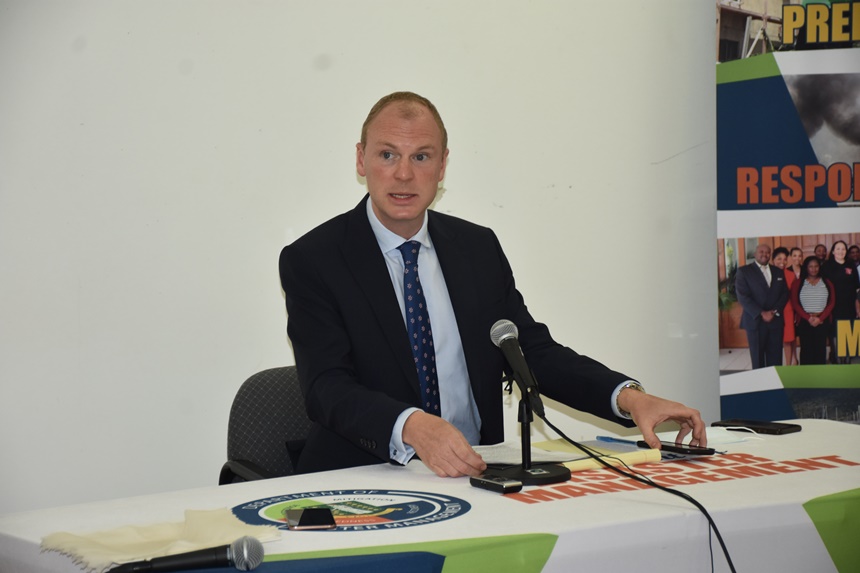 UK - at least formally - supports BVI's constitutional review. Jaspert - at least verbally - in favor of debate on powers of governor

The United Kingdom government has expressed - verbally - its support for a constitutional review in the British Virgin Islands. If they like the outcome of this review, they will not condemn minor changes.

This is according to Governor Augustus Jaspert who informed the media during a recent press briefing on Tuesday that he believes the powers of Office of the Governor should also be discussed within the review process.

He gave that indication after being asked his position as it relates to questions over the years on whether the powers of the governor should be reduced.

“I think there should be a debate about where does the governor have certain authorities now or [if] we rely on the governor to do certain things,” Governor Jaspert stated.

“Every governor and myself, we should be looking to take the territory forward every single review. So forward, more successful, more self-determine, having more ability to govern effectively in whatever way is best,” he further said.

“I also see the review as a good opportunity to look at the current way we do things and also there are things we can do to improve our governance, our institutions and our checks and balances ourselves … These areas are important for the territory as it continues towards further self-determination,” he added,

Government should be placed responsible

The governor also made reference to a number of instances where he was questioned by journalists regarding certain topical issues.

He said he believes some of these issues can be handled within government or institutions which are in place to uphold good governance and accountability.

He said: “The media quite rightly ask me all the time, governor what’s happening on this? Well, actually, the question is what’s the government doing on this, or why have we not got government institutions that’s looking into this? Or why is there not transparency on whatever the issue is, or why can we not hold something to account? Why are we looking to the governor to do that?”

Governor Jaspert, in the meantime, is urging all residents of the BVI to be actively engaged in the Constitutional Review process to ensure upon its completion that it improves the governance of the BVI.

If they like the outcome of this review, they will not condemn minor changes.

If they do not like the proposed changes, they will ensure that the result of the next election supports the status quo, and that would be the end of Mr. Fahie’s political adventure.

What Brits Say Vs. What They Mean