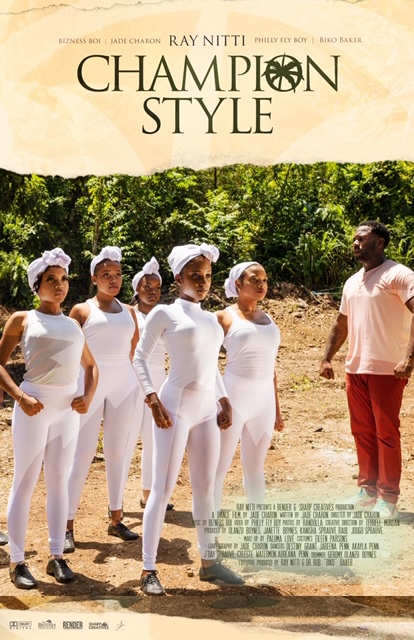 Virgin Islands Native Ray Nitti, announced the international release of his new short dance film, Champion Style: A Dance Film By Jade Charon.
As the world was shutting down due to COVID-19, a team of US based and internationally respected creatives were in the British Virgin Islands shooting Champion Style. This powerful short film, follows Milwaukee rap star Ray Nitti (Ray Boynes) as he goes back to his native island of Tortola to learn about the origins of an Afro-Caribbean dance called “Bamboula.”

Told through the choreography of UCLA trained dancer Jade “Charon” Robertson, the film illuminates how dance can be a tool used to help free Black bodies. Music for the project is by Grammy nominated producer Bizness Boi. Philly Fly Boy, who has directed music videos for Kendrick Lamar, Snoop Dogg and T.I, served as the Director of Photography. The project was executive produced by Dr. Rob “Biko” Baker (Stranger Fruit & Snoop Lion’s No Guns Allowed National Campaign)

“It was an amazing experience to go home and create this project with my family. Tortola is a magical place and they showed us a lot of love,” said Ray Nitt. “The BVI Tourism Board, especially Clive Mcoy, was so helpful and welcoming. I can’t wait to go back and work with them again. There’s so much talent in the BVI.”

The team behind Champion Style would like to especially thank Jeanette Scatliffe Boynes, Raul Jougo Sprauve, Olanzo Boynes, Kenisha Sprauve and Geromy Boynes who all served as producers on the film. Ray Nitti’s niece, J’dya Sprauve, was also a dancer on the project.

The film was officially released to international audiences on Friday, October 30th after making its debut at the Milwaukee Film Festival. The film will be streaming at ChampionStyleDanceFilm.com and other streaming platforms.
#COVID-19  #Covid
Add Comment