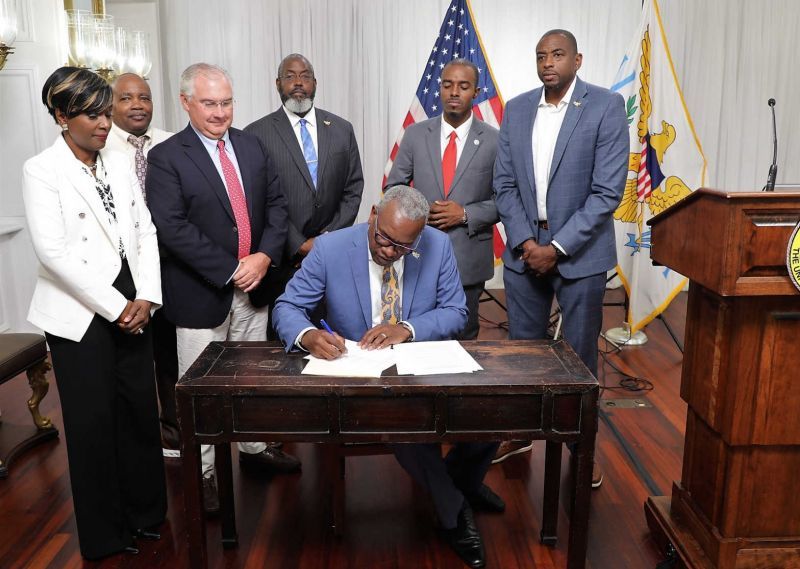 US Virgin Islands (USVI) Governor Albert A. Bryan Jr on Thursday, September 15, 2022, signed an agreement with VIGL that clears all remaining obstacles to enable the horse racing management company to begin the reconstruction of the Randall 'Doc' James Racetrack on St Croix, Government House has announced.

As part of the agreement, VIGL agreed to a timeline of benchmarks it said it will meet to ensure that construction on the St Croix track proceeds without further delay to bring horse racing back to the island.

Track will be built in 'quick fashion'- Gov Bryan

"Four years is a very long time," Governor Albert Bryan said Thursday, referring to the length of time the horse racing industry has been offline in the territory — a protracted delay caused by a multitude of issues. While the governor spoke about the setbacks caused by the Southland Gaming lawsuit against the government and VIGL, he also mentioned the 2017 storms and more recently Covid-19 as resulting in new impediments.

"We should be in construction within the next three to six months. The stuff that doesn't need permitting will begin immediately," Mr Bryan said.

The government will provide $5 million in support of building the St Croix track, according to the governor, who explained that while there is $6 million in federal funding that can be utilised, the bureaucratic hurdles involved would slowdown the project. He said the federal funds will eventually be utilised.

Governor Bryan also thanked Senator Javan E. James who he said worked with the administration in securing the deal, including sponsoring legislation to make available the $5 million from the St. Croix Infrastructure Fund.

And he thanked the VIGL team, who the governor said is a dedicated partner in reviving horse racing in the Virgin Islands, more pointedly St. Croix. 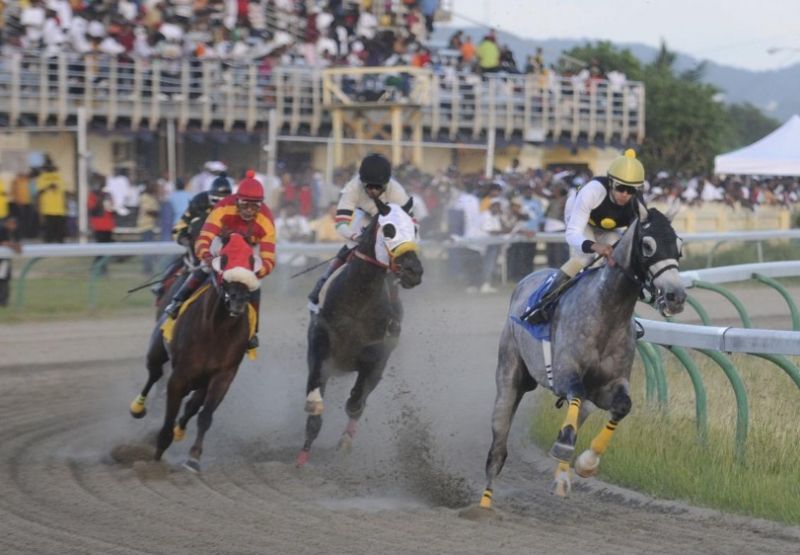 The Government of the US Virgin Islands will provide $5 million in support of building the St Croix track.

VIGL said it will present to the governor in the next two weeks a project management plan. Once approved by the governor, the company will then seek permitting, then licensing for construction.

Relative to preparing the track to allow horses to exercise, Mr Bryan said the administration is ready to move forward, however, VIGL had concerns about liability attached to activity on a facility under construction. To allay those fears, the governor said the government of the Virgin Islands would assume liability and would also subsidise the track to include the spreading of dirt, among other work to make the track useful.

VIGL also committed to performing pre-permitting work which means there will be movement on the track soon. The company plans on meeting with the Horse Racing Commission and horsmen on St. Croix in the coming weeks.

Under the agreement, VIGL also agreed to end its involvement with the project to rebuild the Clinton Phipps Racetrack on St. Thomas, which now will be solely managed by Southland Gaming, Gov't House said. Unlike the disbanded agreement, the new deal gives VIGL the rights to video lottery terminal gaming on St. Croix and not the entire territory.

The administration said that Thursday’s contract ends the disputes and issues that plagued an initial agreement with VIGL that was signed by Governor Kenneth E. Mapp in October 2016 and ratified by the 31st Legislature. That agreement was met with a series of challenges that included appeals to the Coastal Zone Management Commission and Board of Land Use Appeal and objections by the Federal Aviation Administration.

The original agreement also survived a legal challenge by Traxco, the previous leaseholder of the St Croix track, but the original agreement ultimately resulted in a lawsuit between VIGL, Southland Gaming and the Government of the Virgin Islands that stopped the reconstruction of the tracks on both islands, which were destroyed by the 2017 hurricanes.

The administration in June 2021 settled the lawsuit by bifurcating the original contract into separate agreements for each track, and in March, Governor Bryan sent down amended legislation that the 34th Legislature approved in March 2022 so construction could begin on the tracks in both districts.

While the bifurcated agreements cleared the way for VIGL to begin rebuilding the St Croix track and laid out the specific permits VIGL would need, Mr Bryan cited a number of factors that delayed VIGL’s progress.

“Critically, the cost of construction has gone up significantly while we wrestled with the challenges to this contract, and VIGL has made investments into the original deal that they will not be able to recoup,” he said. “Additionally, the Covid-related shutdowns and restrictions caused significant losses in the gaming industry and weakened the financial positions of those entities.”

The governor said the most significant element of the agreement he signed with VIGL on Thursday is the addition of a timeline of benchmarks the racing management company is required to meet.

"The signing of the amended Thursday now clears the way for all horse-racing in the territory," the administration said.