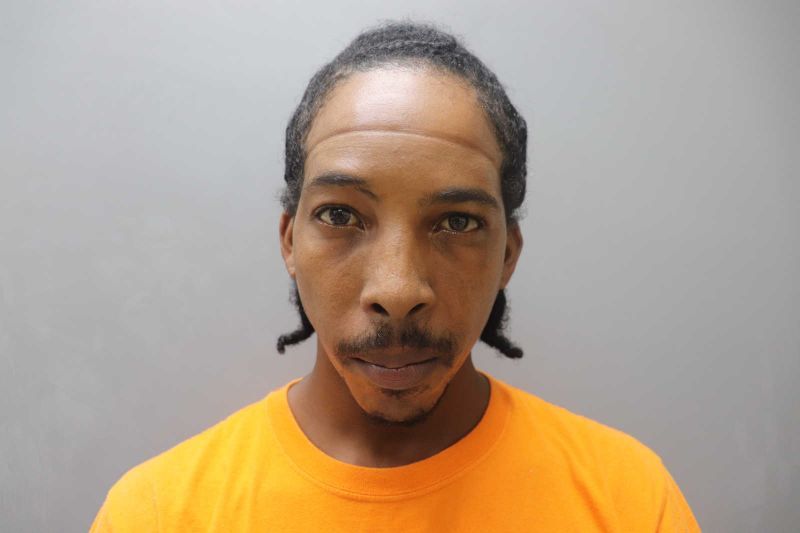 A husband in the US Virgin Islands (USVI) has been charged with simple assault and destruction of property following a domestic dispute with his wife of three years. Both offenses are categorised as crimes of domestic violence.

Billy Bertrand appeared for a virtual hearing on Monday where Judge Carolyn Hermon- Percell advised him that the court found probable cause for both charges against him.

According to the probable cause fact sheet, on Friday, October 15, 2021, at approximately 4:00 p.m., Bertrand’s wife called police to report that her intoxicated husband was “beating on her” and was leaving their residence with their baby. Upon arrival at the couple’s residence, officers found the pair arguing. The woman told the officers that her husband has a drinking problem which affects their marriage. She said that he picked her up that afternoon and she noticed that he appeared to be intoxicated. According to her, Bertrand was playing music very loudly and began yelling at her after she told him there was no need to play the music so loud.

The woman further told police that on the drive home they encountered her ex-boyfriend walking and Bertrand began calling out to him in an aggressive manner. According to the wife, he then sped all the way home and after arriving at their residence he threw her handbag to the ground, spilling the contents. She also said that he grabbed her glasses off her face and threw them onto the ground, causing them to break. By the wife’s account, Bertrand then carried their young daughter into the house and when she approached him he pushed her shoulder forcefully. He subsequently returned to his vehicle and started to leave, but stopped, returned to the house, picked up their daughter and then left.

When police made contact with Bertrand, he said that upon arriving at their residence his wife began swearing at him for no apparent reason. He also told law enforcement that they became involved in an altercation at which point he retrieved his daughter and dropped her nearby at his sister’s residence. According to the fact sheet, Bertrand did not divulge further details regarding the altercation.

However, the fact sheet does note that while police were on the scene, Bertrand’s sister arrived with the baby. His brother also arrived shortly after and created a verbal disturbance, arguing loudly with Bertrand’s wife and calling her derogatory names. In the presence of the officers, the brother struck a window in an apartment building causing it to break. Both men were subsequently placed under arrest and transported to the Bureau of Corrections. While Bertrand was charged, he was later released on a $500 cash bond and directed to reside with relatives while the matter remains pending.

At Monday’s hearing Attorney Brenda Scales requested that the bail amount be increased to $1000. However, Judge Hermon- Percell concluded that bail would remain at $500. As part of his bail conditions, Bertrand is prohibited from residing at the couple’s marital home and is barred from having any unlawful contact with his wife. He has been granted one opportunity to retrieve personal items from the house while accompanied by a police escort.

If convicted of simple assault, Bertrand faces a maximum fine of $250, a prison sentence of no more than 6 months, or both. Meanwhile, the offense of destruction of property carries a fine not exceeding $200, a maximum imprisonment of one year, or both a fine and imprisonment. The defendant has no prior contact with the criminal justice system.