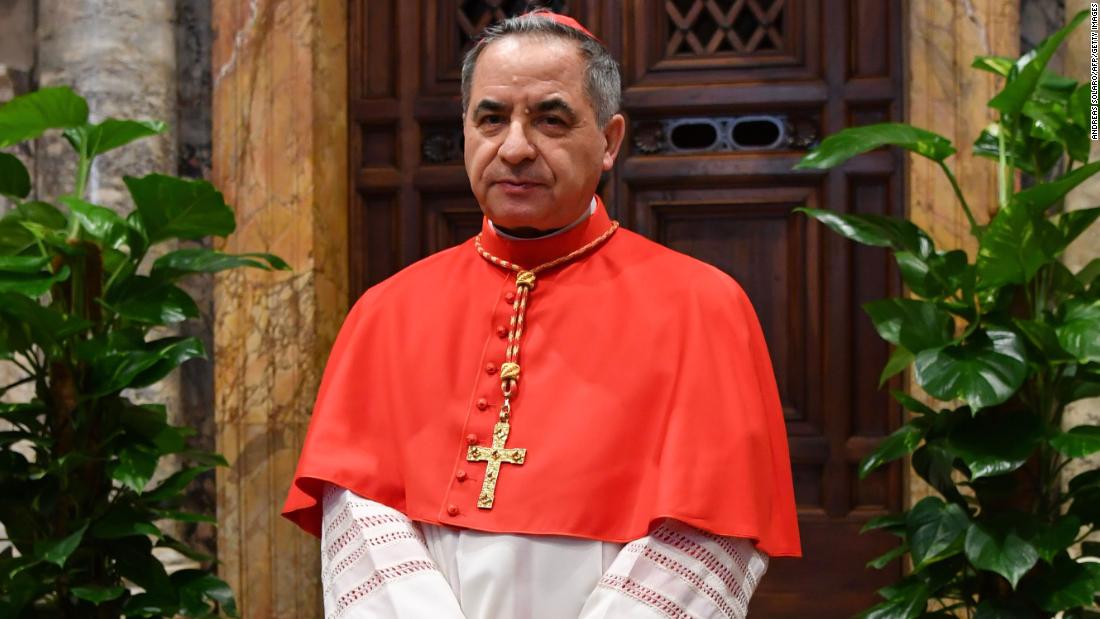 Vatican indicts 10 people, including a cardinal, over an international financial scandal

The Vatican has indicted 10 people, including an Italian cardinal, for several alleged financial crimes including extortion, corruption, fraud, forgery, embezzlement and abuse of power.
The investigation, which started in July 2019, was carried out by the Vatican in cooperation with Italian authorities and revealed "a vast network of ties between financial market operators who generated substantial losses for the Vatican finances," a statement from the Vatican said on Saturday.

Cardinal Giovanni Angelo Becciu was indicted "for the crimes of embezzlement, abuse of office ... and bribery," the Vatican added. Becciu allegedly used money from the Vatican to benefit his two brothers' businesses, according to a detailed report by Vatican News, which is what led the Pope to fire the cardinal last year.

Becciu, who once held a powerful position in the Vatican's Secretariat of State, said on Saturday in a statement he is a victim of a "conspiracy" against him and maintained his innocence. Vatican laws require the Pope to sign off on any investigation and indictment of a cardinal.

Becciu, 73, was created cardinal by Pope Francis in 2018 and made the head of the office that oversees canonizations of saints. From 2011, he served as the "substitute" in the Vatican's Secretariat of State, a powerful position similar to chief-of-staff.

The alleged illegal activities found by the investigation regard investments using charity money into "extremely high-risk financial activity" for personal gains, which include an investment in the fossil fuel industry in Angola, that could amount to more than 200 million, according to a detailed report from Vatican News.

The investigation also allegedly found wrongdoing surrounding the purchase and sale of a "grossly overestimated"-priced property in London, during which the indicted allegedly was complicit in performing forgery and extortion, among other crimes, Vatican News said on Saturday.

Saturday's indictment also targets René Brulhart, former president of the Vatican's Financial Information Authority, and Tommaso di Ruzza, its former director, as well as four companies from the US, Slovenia and Switzerland.

Brulhart has called the indictment a "procedural blunder" and added he always carried out his duties "with correctness, loyalty and in the exclusive interest of the Holy See," he said in a statement.

The trial will begin on July 27.
#Pope Francis
Add Comment