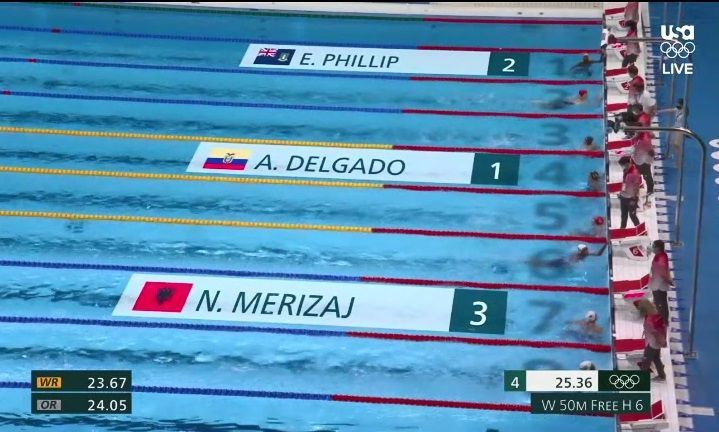 Virgin Islands swimmer Elinah Phillip swam a Personal Best and National Record to finish second in her 50m Freestyle Heat at the Olympic Games in Tokyo, Japan, minutes ago, July 30, 2021.

The 21-year-old Phillip, at her second Olympic Games, swam in Lane 1 of Heat 6 at the Tokyo Aquatics Centre, registering a non-advancing time of 25.74.

Her performance; however, saw her lower the Virgin Islands National Record for the Women’s 50m Freestyle event from 25.82 to 25.74. 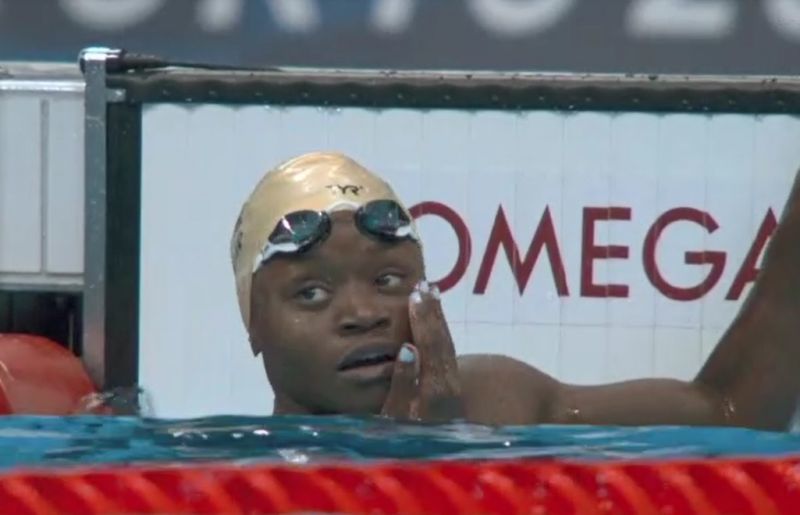 Elinah Phillip after her swim in Heat 6 at the Tokyo Aquatics Centre on July 30, 2021.

Phillip also improved her overall finish at the Olympic Games, finishing 34th overall out of 81 swimmers who took to the pool in the preliminary round.

Meanwhile, the winner of Heat 6 was Anicka Delgado of Ecuador, who clocked a non-advancing time of 25.36.