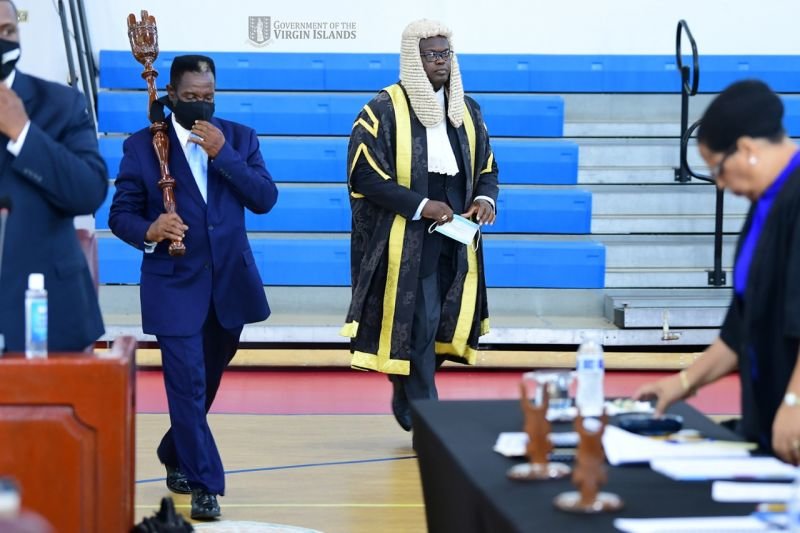 ‘VI's Finance Ministers have kept the country stable over the years’

During the Speaker's announcement portion of the Second Sitting of the Third Session of the Fourth House of Assembly (HoA) on November 12, 2020, Speaker of the House, Hon Julian Willock placed the Budget Day into perspective by giving some history.

Hon Willock noted, “Today is another special day in the life of the Third Session of the Fourth House of Assembly, 'Budget Day’, where the elected Minister of Finance will lay out his financial priorities.” 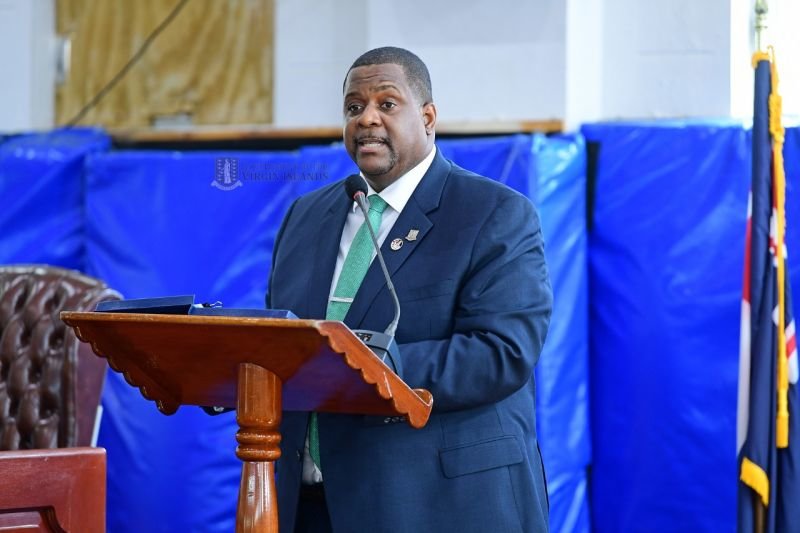 It was also noted that Thursday, November 12, 2020, marked the third Budget Address for the current Premier and Minister of Finance, Honourable Andrew A. Fahie .

We can manage ourselves! – Speaker Willock

The Speaker then went on to provide some historical information by stating, “it was in 1978, when the Territory of the Virgin Islands received our first Minister of Finance from among elected Members, in the person of the late Chief Minister, Dr Willard Wheatley, MBE, whose grandson [Dr. The Hon Natalio D. Wheatley (R7)] sits in the Chamber today, as the Deputy Premier.”

He then said, “In my humble view, it speaks volumes, that after 42 years of managing our finances, our Leaders have kept the country stable.”

It was also noted that Thursday, November 12, 2020, marked the third Budget Address for the current Premier and Minister of Finance, Honourable Andrew A. Fahie (R1).

The Speaker then went on to explain the process before the Budget is passed, “Before the Budget Address, the Premier will move a motion for the first and second readings of the Bill entitled, The Appropriation Act, 2021.”

The process before the passage of Budget

Following his address, another motion will be moved for the Bill to be referred to a committee of all members called the ‘Standing Finance Committee’.

During the Standing Finance Committee meeting stage, Government departments and statutory bodies especially those seeking funding will come before all Honourable members to make presentations about their financial needs and challenges, and in turn, Honourable Members will seek answers to questions.

He said once the Standing Finance Committee process is completed, a report will be prepared.

Following that, Honourable Members, in the well of the chambers, will debate the merits and principles of the Appropriation Act.

Hon Willock said the Legislature then resolves itself into a committee of the whole House to examine the estimates.

Theme focusing on ‘Innovation’ for 2021

With the completion of that phase, it paves the way for the passage of the Territory’s 2021 Budget, Hon Willock explained.

The 2021 Budget was presented on November 12, 2020, in the HoA by Premier and Minister of Finance, Hon Fahie under the team “Innovation: Building a Stable, Diverse, Competitive Economy with Strong Industries and Partnerships for Regional
and International Trade, by Building and Harnessing the Creative Capacity of our Human Capital,” and it was in the amount of USD $402M.