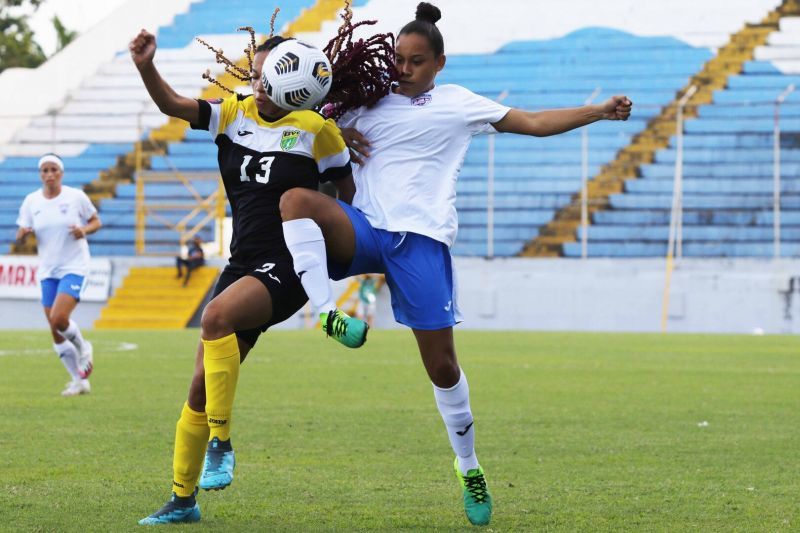 The [British] Virgin Islands Women’s Football Team had a rough start to their campaign in the CONCACAF World Cup Qualifiers, going down 0-14 to a ruthless Cuba at the Francisco Morazan Stadium in Honduras yesterday, Saturday, February 19, 2022.

The young and inexperienced team simply had no answer to the dominant play of their more experienced counterparts and were unable to stop the goal-fest that ensued.

The VI women will now be looking to get over the crushing defeat and put on a much better showing against hosts Honduras on Tuesday, February 22, 2022.

Guatemala also completed a successful week with a 6-0 victory against Curacao in Group B.

Aruba proved to be a very tough foe for El Salvador until the hour mark, but a second half surge

resulted in a 7-1 win for El Salvador in Group D.

Rounding out the day was Guyana topping Turks and Caicos Islands 7-0 in Group F, to follow up their 4-nil victory over Dominica earlier in the week. 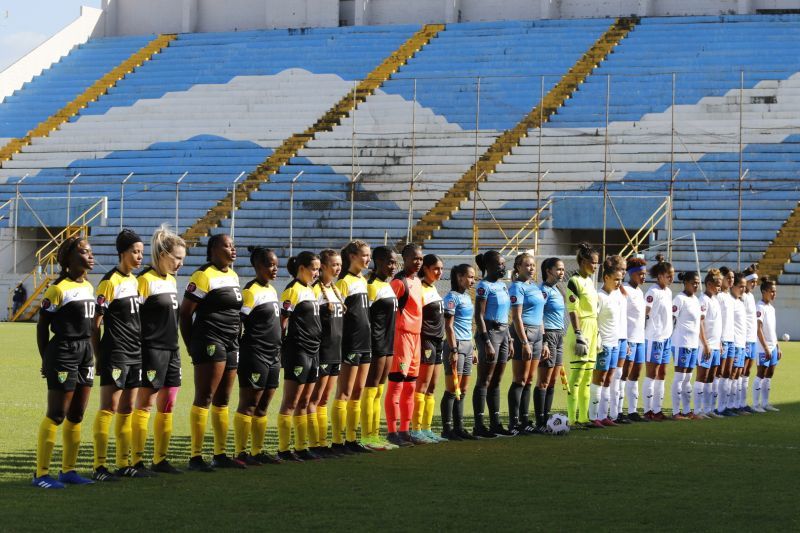 [British] Virgin Islands, left, and Cuba prior to their game on Saturday, February 19, 2022. 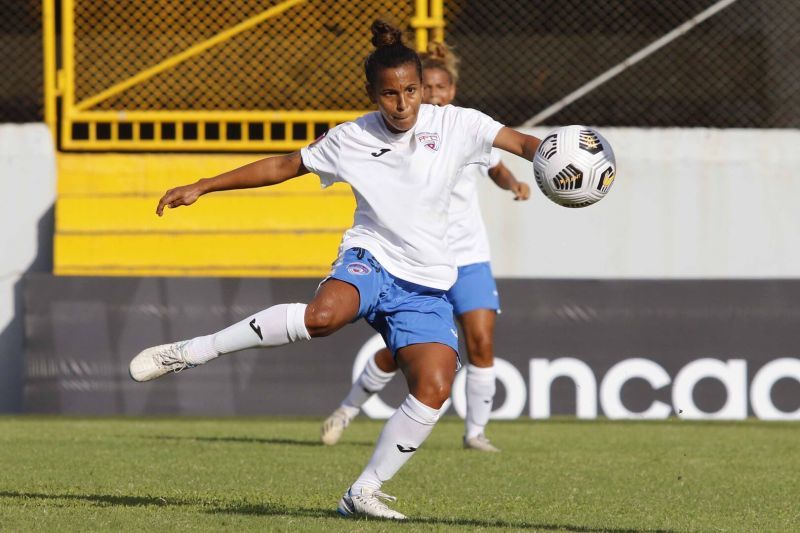 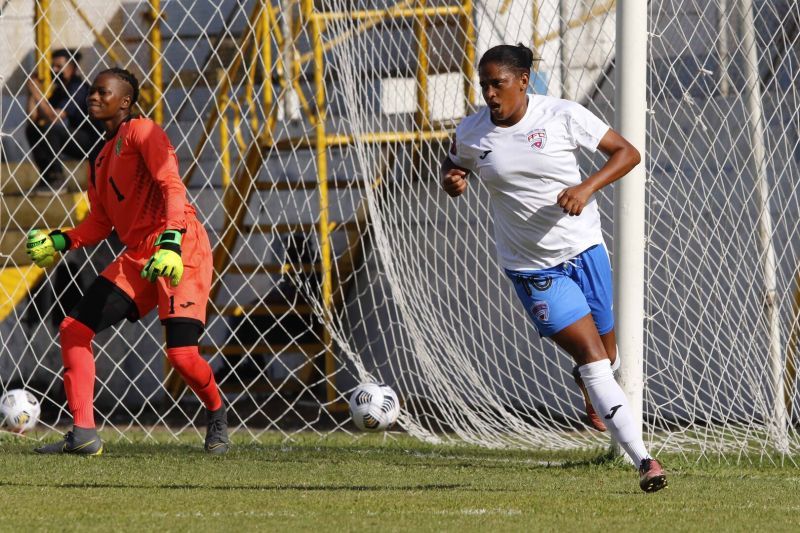 The young and inexperienced Virgin Islands team simply had no answer to the dominant play of their more experienced counterparts from Cuba and were unable to stop the goal-fest that ensued.