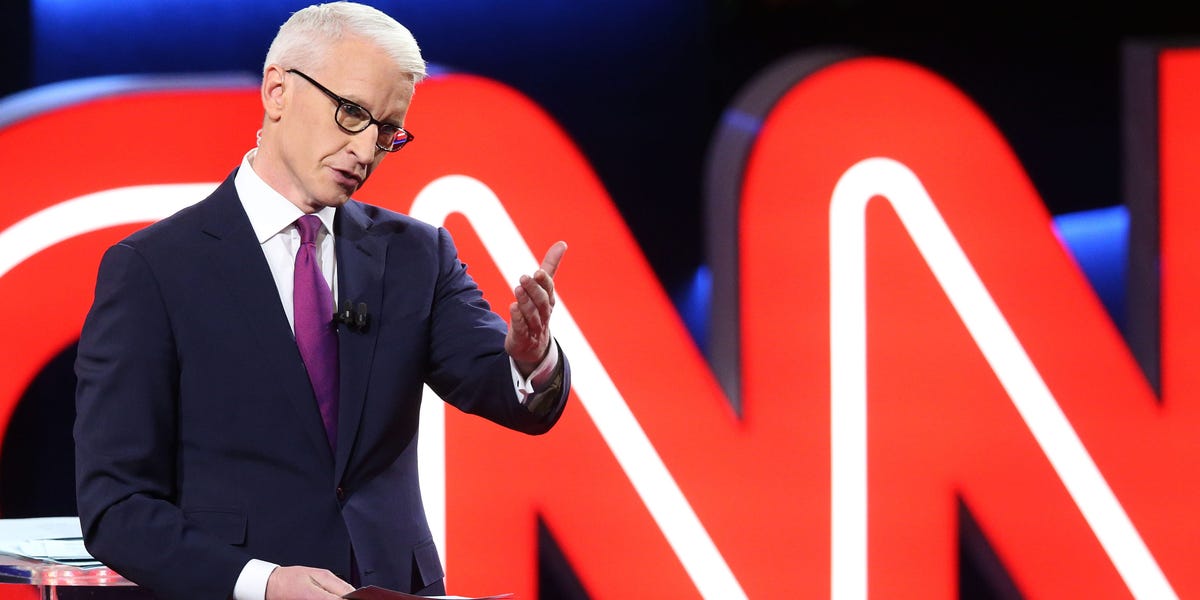 Telecom giant AT&T could be forced to sell assets like CNN to cover its big debts, and potential buyers are circling.

AT&T has said CNN isn't for sale. But in media and Wall Street circles, there's a widening belief that the telecom giant is so overextended by a recent 5G spectrum auction that it might try to sell part or all of its WarnerMedia unit.

The Dallas-based telecom giant is currently the world's biggest non-financial borrower, with $159 billion in debt at the end of the third quarter, according to Bloomberg. The telecom giant just committed an estimated $20 billion as part of a spectrum auction, according to Wall Street analysts. The results of the auction are expected next month.

AT&T faces a tremendous amount of pressure to deleverage their balance sheet, raising the specter of it potentially losing its investment grade credit rating, said Craig Moffett, co-founder of boutique research firm MoffettNathanson. "They are loathe to cut the dividend, so in simple terms that means that everything is on the table."

AT&T has said HBO Max is one of its strategic imperatives, along with wireless and broadband. So there's widespread speculation in media finance circles that AT&T might be open to selling WarnerMedia's Turner unit, which encompasses CNN, TBS, and TNT.

"Turner is not on the list of strategic priorities," noted Moffett. "The question is, is anybody interested in buying all of Turner?"

Rich Greenfield, partner at tech and media research firm LightShed Partners, thinks it's more likely AT&T would part with TBS and TNT but that if AT&T decides CNN is not a strategic priority, CBS, Disney and Discovery could be potential buyers.

Interested parties have been pressing former Time Warner executives for details about how the unit shapes up, one executive told Insider.

The telecom giant has struggled to sell a stake in its DirecTV satellite unit, and AT&T could see the value of its traditional cable channels TBS and TNT plummet as streaming erodes viewership of its general entertainment proposition.

But speculation about who might pick up CNN is intensifying. Moffett suggests a CNN valuation based on earnings before interest, taxes, depreciation and amortization (EDITDA) of anywhere from $5 billion to $10 billion.

CNN Worldwide chief executive Jeff Zucker just announced he would stay through the end of his contract at the end of 2021, perhaps an indication that the company wants to keep the status quo for now. But in the post-Trump era, some are asking if CNN can keep ratings and advertising revenue momentum on par with the prior years and raise the fees that cable companies and other distributors pay to carry the Turner channels.

While there's no evidence of any talks between interested parties and AT&T and it's unclear if the talk will turn into a transaction anytime soon, Insider identified 13 possible buyers for CNN, based on multiple sources who are thinking about buying it as well as industry experts.

Reps for the various companies and individuals mentioned declined comment or didn't respond. 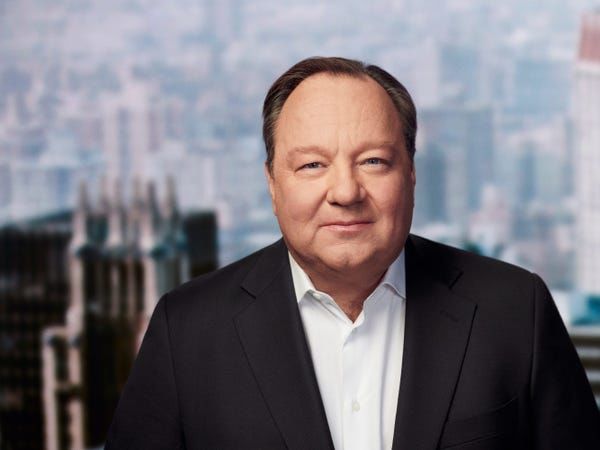 Shari Redstone's CBS unit has long harbored an interest in CNN, dating back to the days of disgraced former chief executive Leslie Moonves. CBS News also runs its own CBSN, a growing streaming channel that could benefit from a global presence. CBS Stations could also provide CNN with local news output.

ViacomCBS chief Bob Bakish is a veteran player on the international stage. He's acquired the UK's Channel 5, which has a small news operation, as does Argentina's Telefe, while its streaming platform PlutoTV got its start carrying a plethora of news channels, giving the company valuable data on what people want to watch.

Bakish is set to share more on the company's future vision for its streaming initiative Paramount+ on February 24. Could Shari Redstone reach deep to buy CNN at a time when the company is also faced with increased NFL rights fees? "The synergies would be tremendous if you combined it [CNN] with an ABC or a CBS," said Moffett.

One of the more intriguing names to emerge as an interested party is Discovery, which reigns supreme in the world of non-fiction programming from reality TV to documentaries and live sports. Its stock jumped significantly in January thanks to its global streaming launch, Discovery+.

The speculation isn't farfetched; the company is expanding its interests in news. The David Zaslav-helmed company took a minority stake in the soon-to-launch British news channel, GB News, and kicked the tires on pan-European broadcaster Euronews after NBCUniversal sold its stake. The company also owns a news station in Poland and Advance Publications owns a stake in Discovery. People familiar with his thinking say Zaslav could look to jump into the fraught world of cable news and make CNN a bigger force globally.

Comcast's unit already owns a cable news network, MSNBC, and a sizable broadcast news operation, NBC News, together with a streaming service and growing digital operation. It also owns pay-TV company Sky, which has news channels in the UK and Europe. There is frequent talk of Comcast merging with AT&T's WarnerMedia at a later date. Would regulators let Comcast chew down on CNN? The company might be concerned about whether a tougher Democratic administration would allow it. The last major merger with Time Warner Cable didn't have the intended happy ending back in 2015. 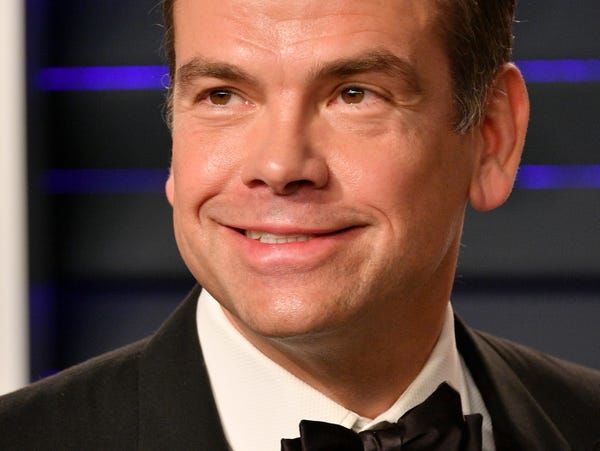 Rupert Murdoch once wanted to buy Time Warner but couldn't get to the right price. In the rearview mirror, that looks fortunate, given the drop in traditional TV entertainment viewing and Wall Street's focus on streaming. Even so, CNN's global digital footprint would be a crown jewel for any company and fits Fox's live news and sports focus. The question is whether a right- and left-leaning combination of news channels could coexist at Fox.

Disney is expanding its streaming business around the globe via Disney+, Hulu+ and ESPN+. It also delivers ABC News Live as part of its bundle. ABC News is going through a shake-up with the imminent exit of its president James Goldston. If Disney wants to become an international force, Moffett says, combining a broadcast news division with CNN would offer sizable synergies. It seems unlikely that Disney would want to do more M&A while digesting the carnage COVID has wreaked on its theme parks, though.

Then there are the special purpose acquisition companies. Former Time Warner CFO John Martin is considering forming a SPAC, and according to a source familiar with conversations, he could be planning to take aim at the whole Turner unit. Forest Road Acquisition Corp, the SPAC run by the former Disney strategy chief, Kevin Mayer, is frequently cited as an interested party for big media acquisitions.

"Almost everything is getting attention from SPACs," Moffett said. While SPACs have mostly focused on high-growth properties, investors could buy the idea that CNN could grow its global digital footprint beyond its 240 million average monthly audience, according to Comscore (January through November). The next biggest competitor is BBC's 191 million.

Activist hedge fund Elliott Management is reportedly seeking to form a SPAC and hoping to raise $1 billion, which could give it the capacity to buy a multi-billion dollar business. Elliott Management, had taken a $3.2 billion stake in AT&T questioning its track record on WarnerMedia and other units in 2019. It later sold out, but Elliott has long had an eye on the former Time Warner collection. Greg Maffei's Liberty Media Acquisition Corporation is also equipped to make a run at CNN, although Liberty usually looks to acquire companies when they're cheap, like SiriusXM.

There is rarely a conversation in investment banking circles that don't include the possibility of Amazon joining the M&A fray. It would make a nice addition to The Washington Post and certainly add firepower to Amazon's ambitions in content production and fire up the subscriber numbers at Amazon Prime Video. 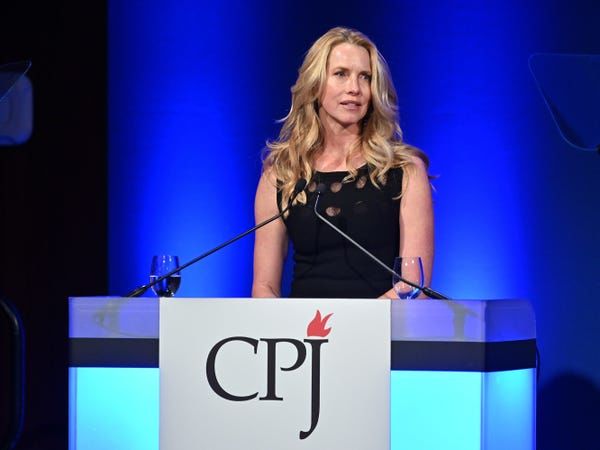 CNN and the Trump administration have been at war for the past few years, and at least some media watchers feel the company would be best placed in the hands of a benevolent high net worth individual — perhaps the mega-philanthropist, MacKenzie Scott (former wife of Jeff Bezos) or Laurene Powell Jobs, who inherited stakes in Disney through her late husband, Steve Jobs. She's already shown an interest in the media, buying a stake in The Atlantic and investing in the Anonymous Content, the production company that made the Oscar-winner "Spotlight." Would either want the headache of playing a digital era Katharine Graham, the former owner of The Washington Post?