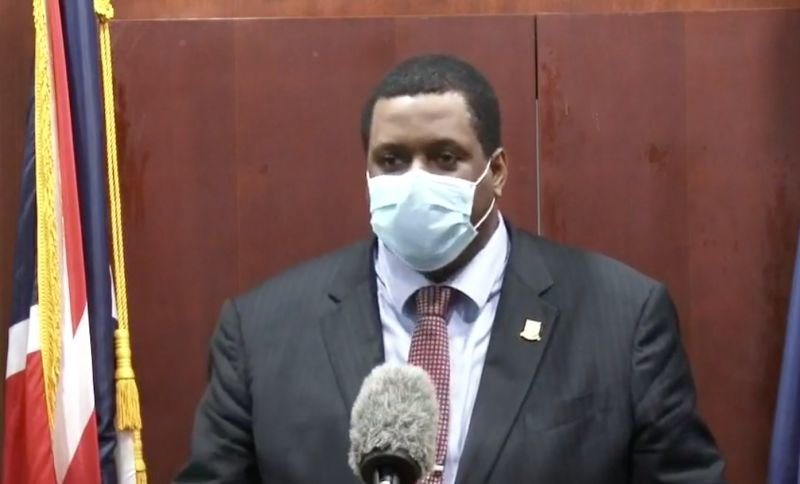 ‘We can’t keep locking down every time something comes’

Premier and Minister of Finance, Hon Andrew A. Fahie has indicated that moving forward in the Coronavirus Pandemic, the Territory will not be prioritising 24/7 lockdown as a response measure, rather, will depend on making sure businesses and organisations adhere to strict COVID-19 protocols.

The Premier rmade the revelation last Wednesday, September 2, 2020, during an interview with Cathy O. Richards on an episode of JTV’s 'The Big Story'.

“One of the things we keep saying from about the second time we had to do a partial lockdown, is that we can’t keep locking down every time something comes. That’s something we knew from then,” Hon Fahie said.

“We have come up with a protocol for businesses, for government, for schools; we won’t want to test all of them one time, but this is a good time, through this bad time, to test them so that we can see if our protocols are working.”

According to the Premier, moving into Phase two and three of the economic re-opening, authorities will continue to ensure enforcing and adherence of protocols such as social distancing and limit on gatherings.

“This is a good test run for us in a way, but I’m asking persons to continue to pray and have faith because there is a little more bump to go before we get the curve smooth out,” the Premier said.

According to the Premier, moving into Phase two and three of the economic re-opening, authorities will continue to ensure enforcing and adherence of protocols such as social distancing, limit on gatherings etc in every facet of the VI as way to fight the virus.

Meanwhile, Hon Fahie said that contrary to what is being peddled, that the Government does not have a plan, strategic plans existed all throughout the pandemic.

“We had a plan for phase two with the persons coming in, whether work permit etc… we had a plan that was projecting for the first of November dealing with the economy, we didn’t even get to get that out,” he said given the spike in cases.

While the Opposition, led by Hon Marlon A. Penn (R8), has accused the Government of lacking a solid plan, Premier Fahie said persons peddling those statements are being facetious.

According to the Leader of Govrnment Business, not only does a plan exist, but it is constantly being adjusted.