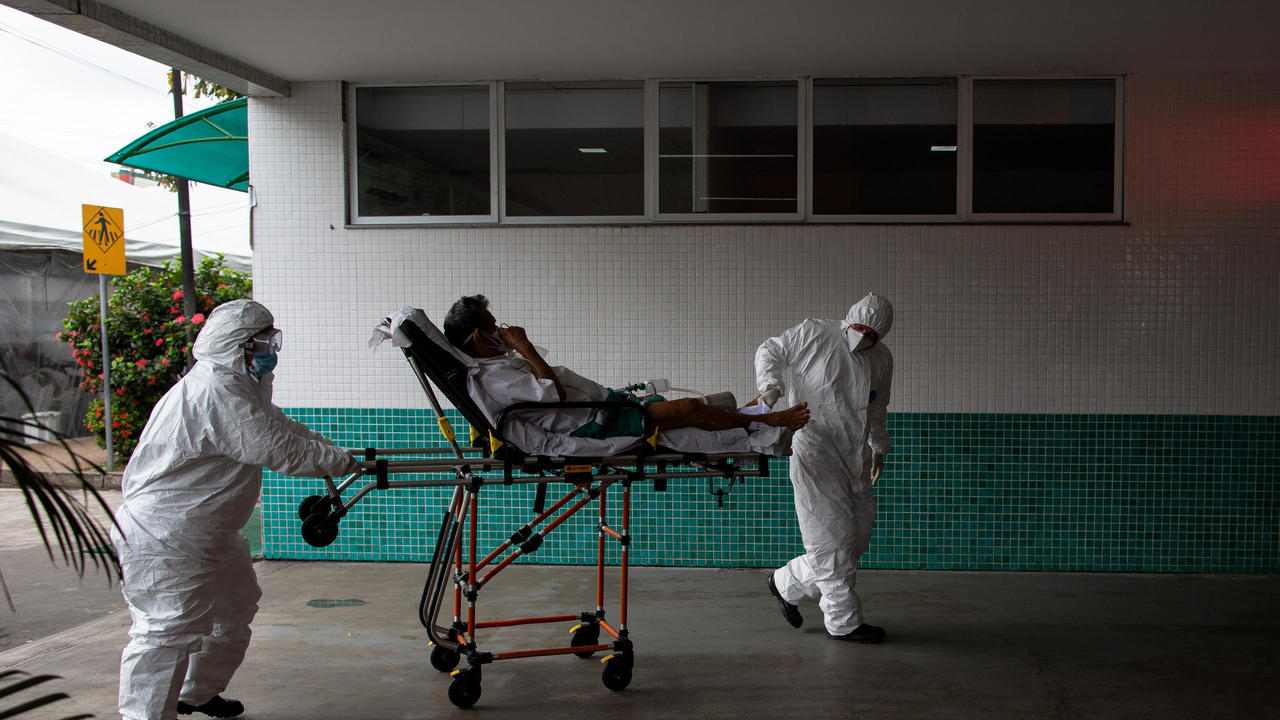 What has governments so concerned about the Brazilian coronavirus variant?

Several countries, including France, have suspended flights to and from Brazil due to fears over the more contagious coronavirus variant spreading there. The P1 mutation is more contagious than the initial strain of Sars-Cov-2, and it can re-infect people who have had the original. And the concerns are justified, according to researchers.

The P1 variant, believed to have emerged in the northern Brazilian city of Manaus in November 2020, is fuelling fears the pandemic could flare anew.

"The fear is justified. P1 is a more contagious variant, and it has spread rapidly across Brazil, which is an enormous country. The pandemic is out of control in Brazil right now," said microbiologist Natalia Pasternak.

Covid-19 claimed 66,500 lives in Brazil last month – more than double what had previously been the country's deadliest month in the pandemic, July 2020.

With Brazil's total death toll now at 358,000 – second only to the United States – April is on track to be even worse.

It is unclear to what extent P1 is causing the surging death toll. Experts suspect it is more virulent than the original strain but say more research is needed.

Though researchers say P1 emerged in or around Manaus, it was first identified as a new variant in Japan, where it was found in travellers returning from Brazil.

It has now been detected in more than 35 countries, though many have managed to limit infections.

Like the South Africa variant, P1 has a mutation known as E484K, dubbed an "escape mutation" because it helps the virus dodge our antibodies.

"It's like a master key that can open various doors," said Jesem Orellana, a researcher at Brazilian public health institute Fiocruz.

P1 has thrived in part because of limited capacity to contain the virus, including in Manaus, whose health system collapsed so badly in January its hospitals ran out of oxygen.

Researchers have not definitively established whether P1 is more virulent.

In preliminary studies, Orellana observed that the variant did not cause a significantly higher mortality rate among hospitalized patients in Manaus than during the first wave of the pandemic.

Other studies, however, indicate P1 is in fact more lethal.

Experts say more research is also needed on the extent to which different vaccines are effective against P1.

One piece of good news: preliminary studies show Chinese-developed CoronaVac, the most widely used Covid-19 vaccine in Brazil, as well as the Pfizer and AstraZeneca vaccines, are at least partly effective against the variant - though definitive, real-world results are still needed.

But there is bad news, too.

The unchecked spread of the virus in Brazil has given rise to more mutations, including P2 -- notably detected in Rio de Janeiro - and P4, recently identified in neighbouring Minas Gerais state.

More may already be out there.

"Brazil is one of the worst countries in the world on genetic sequencing. It's no coincidence we discovered P1 some 60 days late - in Japan," he said.

Microbiologist Pasternak said in an ideal world, Brazil should combine a lockdown with mass vaccination.

"Instead, we have neither," she said.

"We lack the political will for a lockdown, and the doses to vaccinate," she said, criticizing a "lack of coordination" at the national level under far-right President Jair Bolsonaro, who has minimized the pandemic.