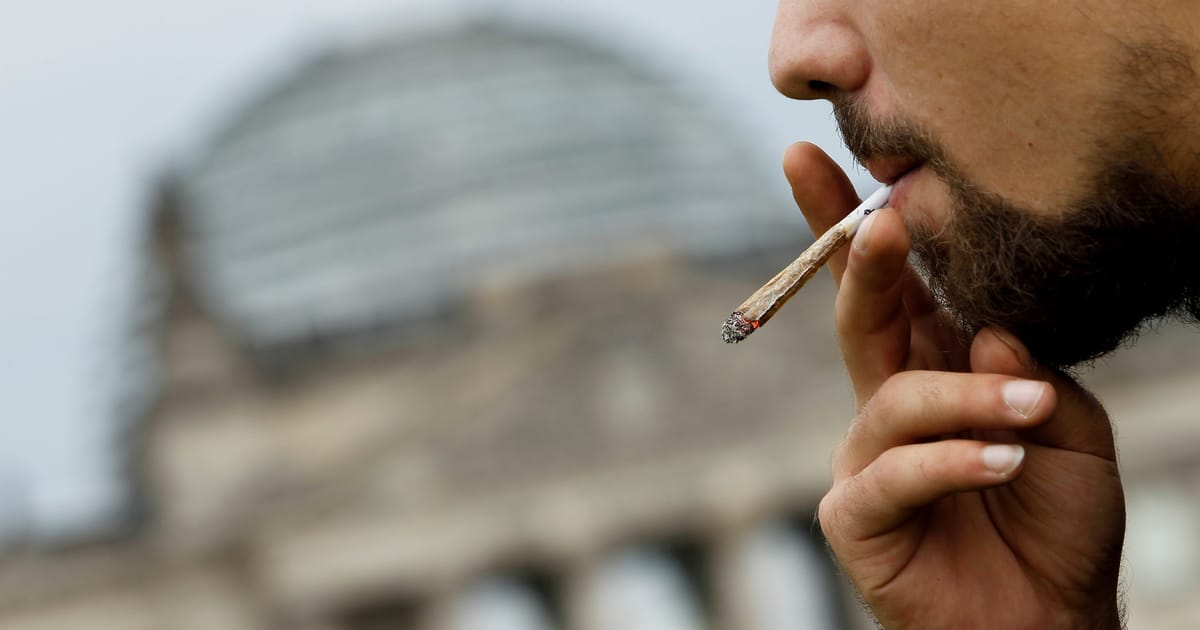 You may inhale: German Cabinet backs plan to legalize cannabis

The German government backed a plan presented by Health Minister Karl Lauterbach on Wednesday to legalize cannabis, but the European Commission will get a say on whether it can become law.

The fate of the reform is being closely watched around Europe where only a handful of countries, like Portugal, have already liberalized rules governing pot — and by the North American cannabis industry, which has scented a market opportunity.

Lauterbach told reporters that the so-called cornerstone paper details the conditions under which cannabis can be legally produced and sold, and how to regulate possession. He added that he does not want to sell this paper as a “major breakthrough in drug policy” as it still has to be confirmed that this complies with international and European law.

“We want to decriminalize the use of cannabis in order to achieve better protection for children and young people, but also better health protection,” Lauterbach told a press conference, saying that rising consumption was being enabled by a flourishing black market.

The plan approved by Chancellor Olaf Scholz’s Cabinet would decriminalize the possession of 20 to 30 grams of cannabis by adults. It would also be legal to cultivate up to three cannabis plants at home, which is more than what an earlier paper that was leaked last week, proposed.

Moreover, a 15 percent limit on the psychoactive substance THC that was included in the earlier leaked draft was dropped. Instead, the paper now states that a limit on THC content would only be set for 18- to 21-year-olds, citing the increased risk of cannabis-related brain damage in adolescence.

Cannabis would be sold in licensed shops and, potentially, in pharmacies. Also under consideration are “specialty stores with consumption options” — or Dutch-style coffee shops. Germany has allowed the sale of medical cannabis in pharmacies since 2016.

The plan proposes that demand should be met by production in Germany, which is likely to disappoint producers from North America looking to supply from their existing production.

Lauterbach also addressed concerns that legalizing cannabis would violate Germany’s European commitments, part of a wider agenda that has until now sought to curb illicit trade in narcotics and drug tourism.

Depending on the outcome of that review, draft legislation could be readied in the first quarter of next year, he said.

Lawmakers from Scholz’s Social Democrat-led coalition government said that the latest draft represented an improvement on the earlier version. Kirsten Yet Kappert-Gonther, vice chair of parliament’s health committee from the Greens, also cautioned in comments emailed to POLITICO that excessive restrictions on sales risked encouraging the black market for strong cannabis.

Kristine Lütke, drug policy spokesperson for the liberal Free Democratic Party (FDP), was less positive, saying the draft “falls short of providing effective and good youth, health, and consumer protection, while at the same time reining in the black market.”

Stephan Pilsinger of the Bavaria-based conservative opposition party, the Christian Social Union, said government plan would miss its goal of eradicating the black market and predicted that the European Commision would oppose it.